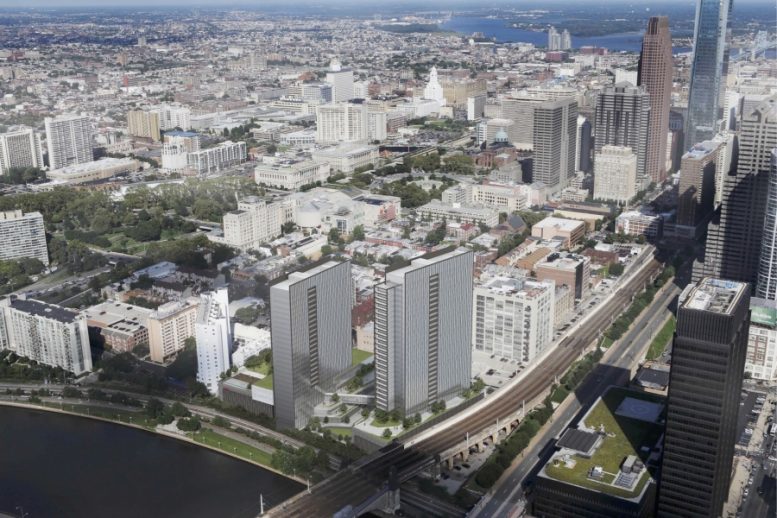 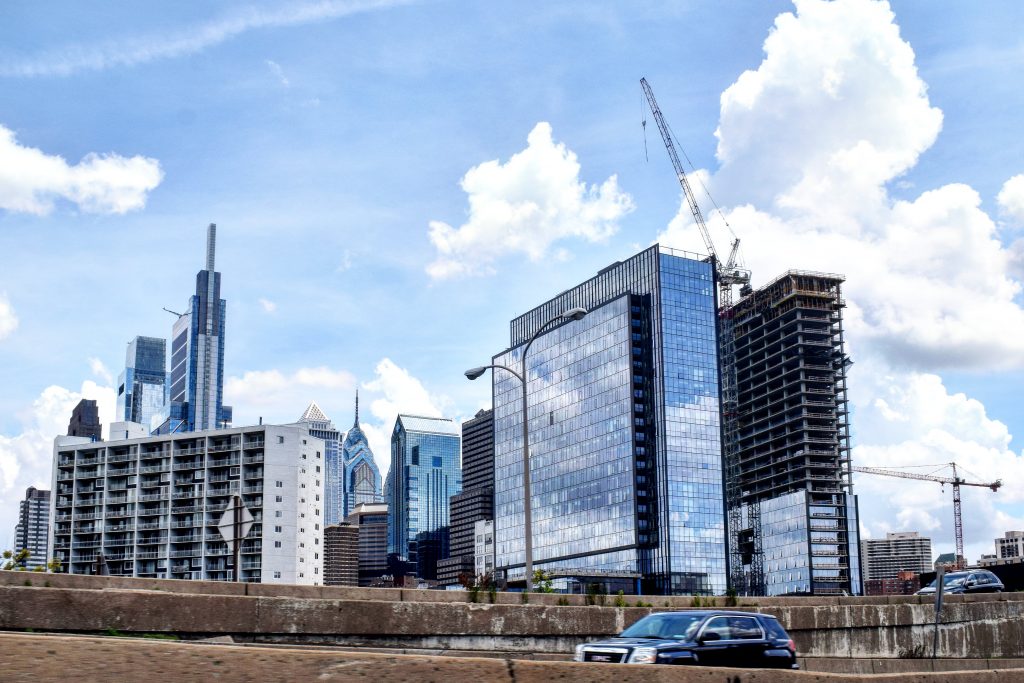 Riverwalk in the Philadelphia skyline. Photo by Thomas Koloski

In the April update, the structure had risen just past the halfway point. The core and floor plates were rapidly being poured, and the pinnacle of the south tower was nearing the top of the north tower. The first pieces of cladding had already been installed, and concrete work was moving at a faster pace after a slowdown in the winter. By the June update, the building saw its core topped out. 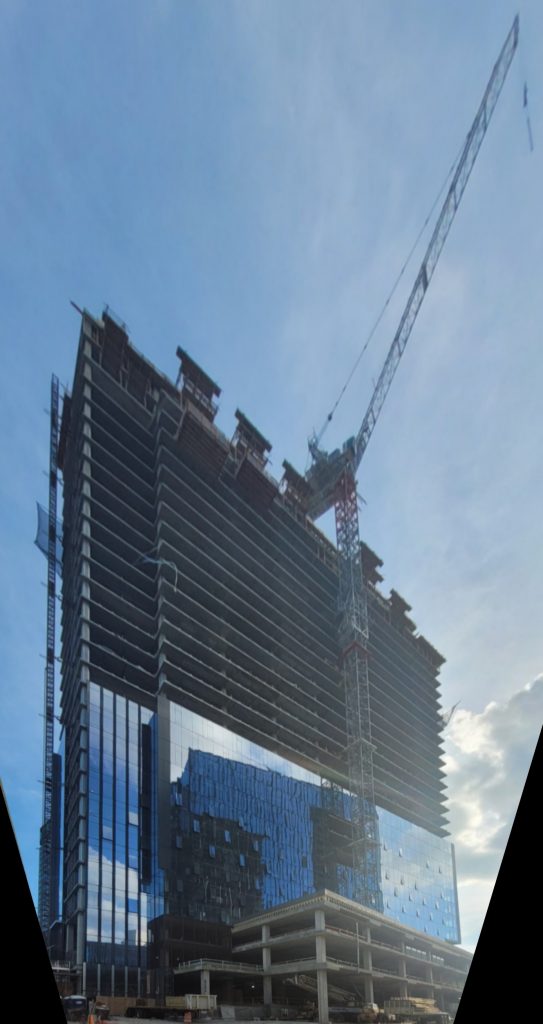 During the past week, construction crews have erected the final floor slab. The south tower easily eclipses its north counterpart from south-looking views while most of the exterior is still glass-free. Two floors beneath the roof level, a major terrace is located on the north side of the angled structure, which will allow residents to look over the north tower and look over sights such as Fairmont Park and the Philadelphia Museum of Art. In the near future, we expect to see steel erected at the rooftop, reaching the tower’s final height. 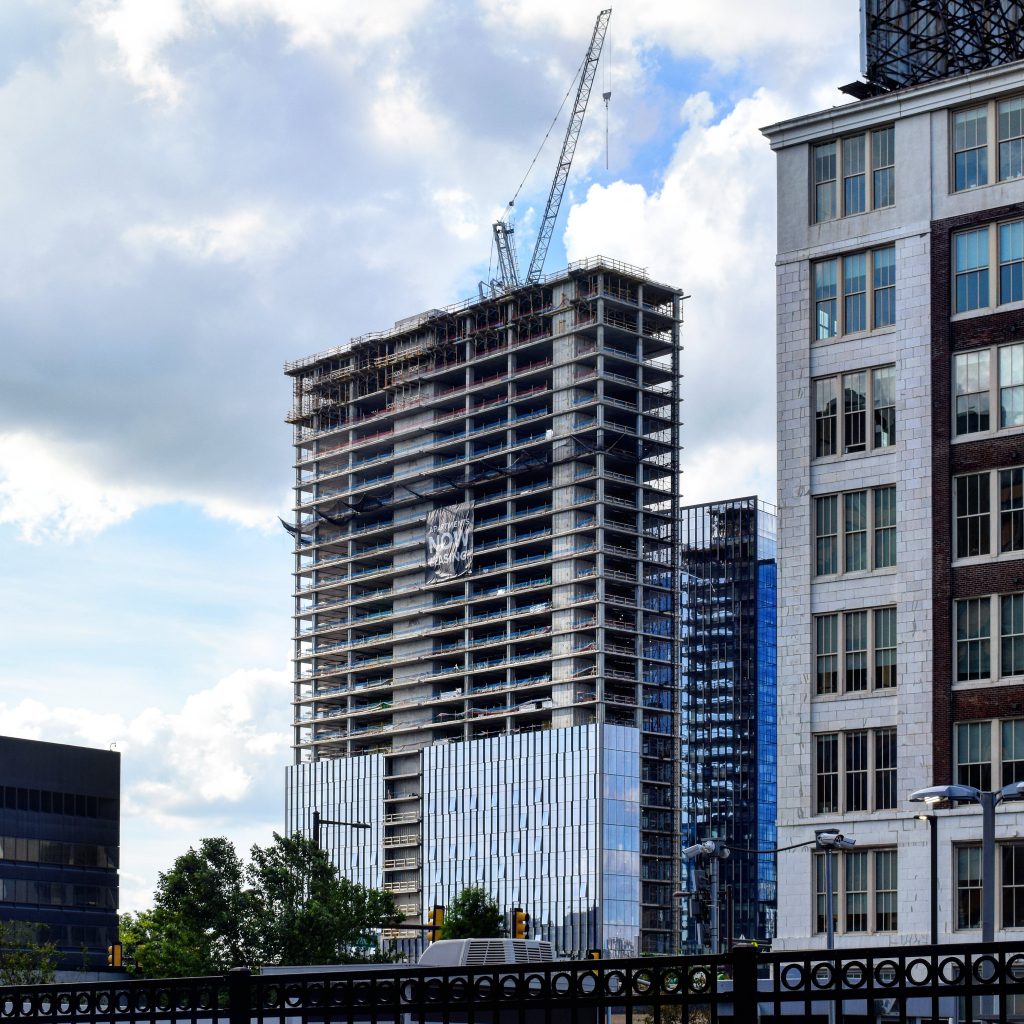