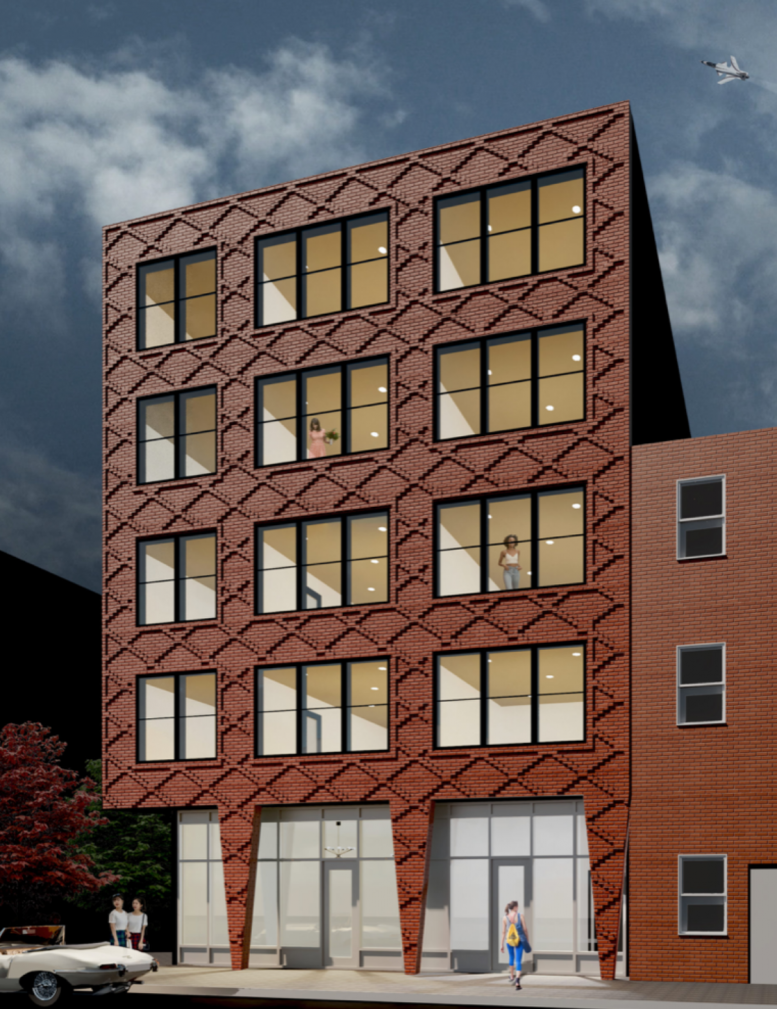 The new building will feature a stately exterior. Brick will consume the majority of the façade, rising up the full five stories, with floor-to-ceiling windows at the commercial space on the ground floor. Smaller, though still large, windows will rise on the upper floors. Brick abutments will add more texture to the design, and will improve its appearance. 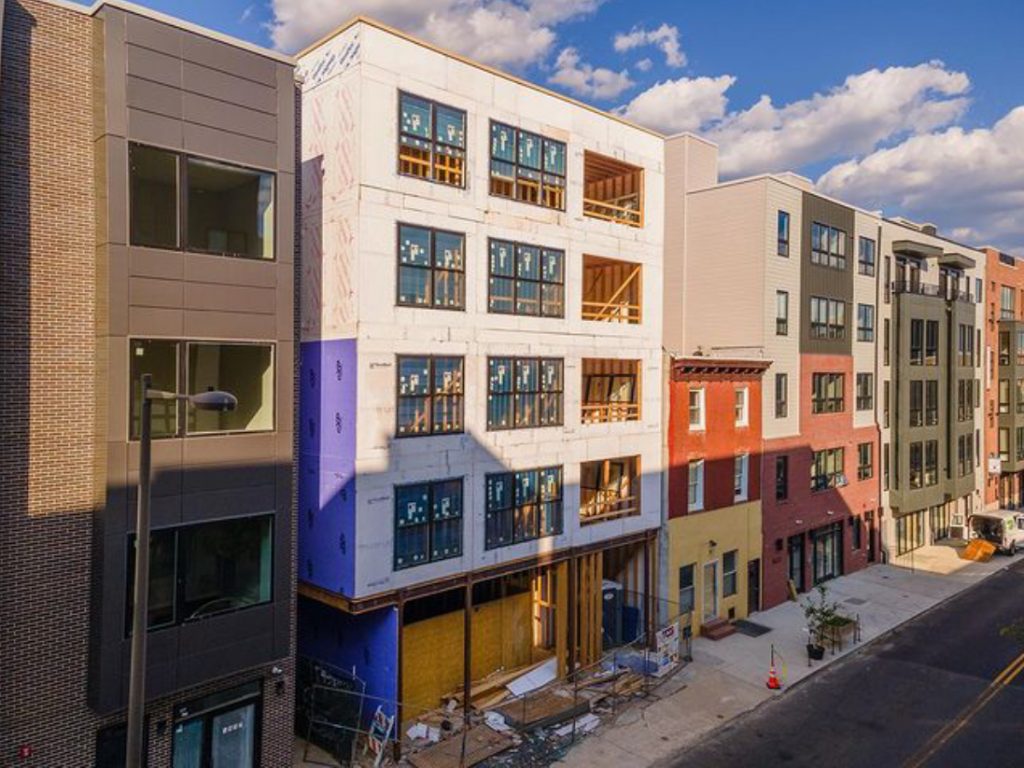 Khosla Properties recently shared images of construction progress on the development, showcasing the improvements made over the past months of construction. The building is now fully framed and topped out, allowing its full scale to be observed on Ridge Avenue.  Windows installation is also underway, with upper floor window holes receiving glass. Façade installation will also likely begin in the coming future. 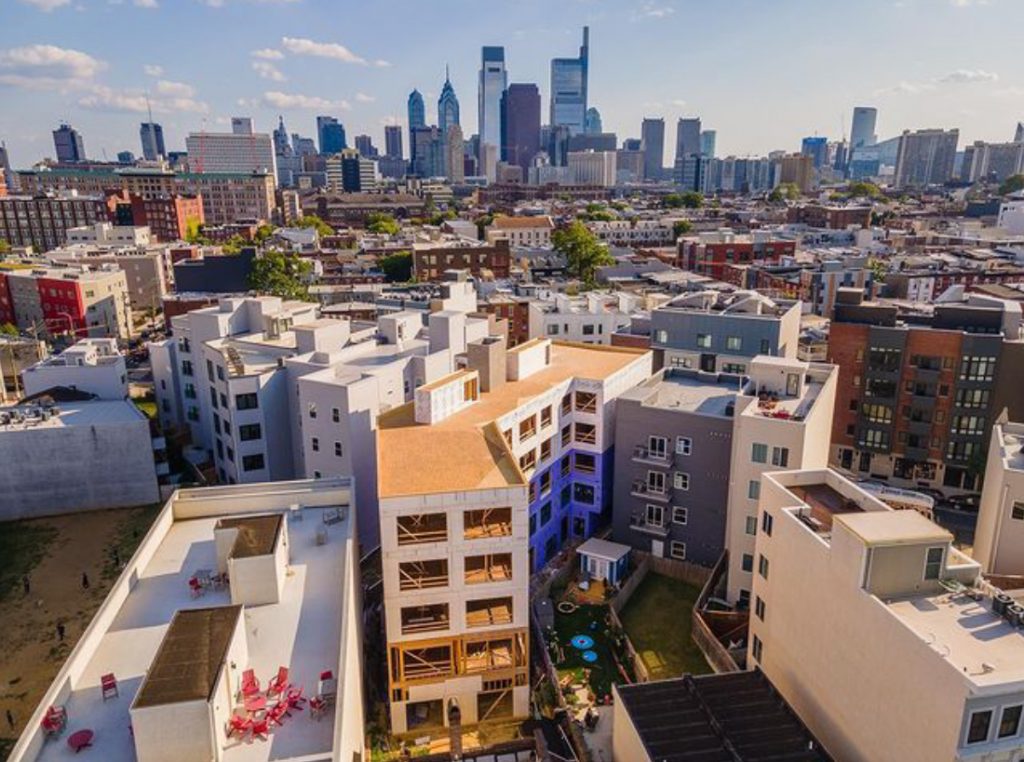 YIMBY’s previous update on the development occurred back in April. At that time, foundations had been poured, with framing work only just beginning with steel beams being installed at the ground floor. Since then, work has continued at rapid pace, with many construction phases largely completed.

The new density boost on the commercial corridor is a welcomed addition, adding to the commercial base in the neighborhood, which will help attract more retail tenants in time. The commercial space on the ground floor will also help add to the street, and will improve the pedestrian experience once a business opens.

YIMBY will continue to keep readers updated on the project.

2 Comments on "Structural Frame Complete at The Maven at 1533 Ridge Avenue in Francisville, North Philadelphia"