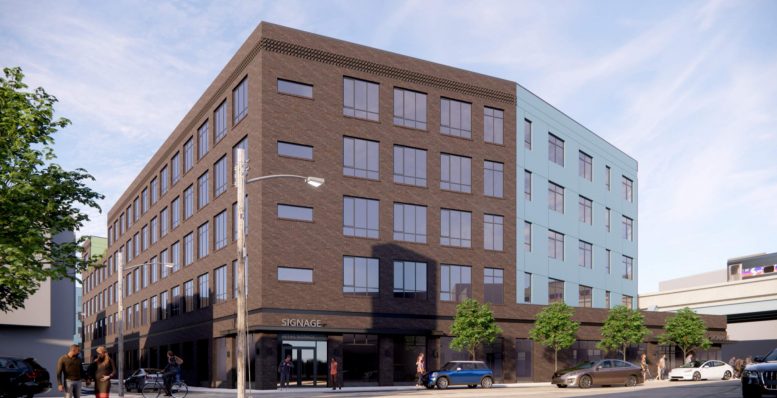 Renderings have been revealed for a 204-unit mixed-use development at 1700 North Front Street in Fishtown, Kensington. Designed by NORR, the building will rise five stories tall and will feature 172,844 square feet of interior space, with 123,218 residential square feet, an additional 5,264 square feet of space reserved for amenities, and a ground-floor commercial space spanning 16,429 square feet. The residences will include 28 studios, 141 one-bedroom, and 35 two-bedroom units. The development will also include 70 bicycle spaces. 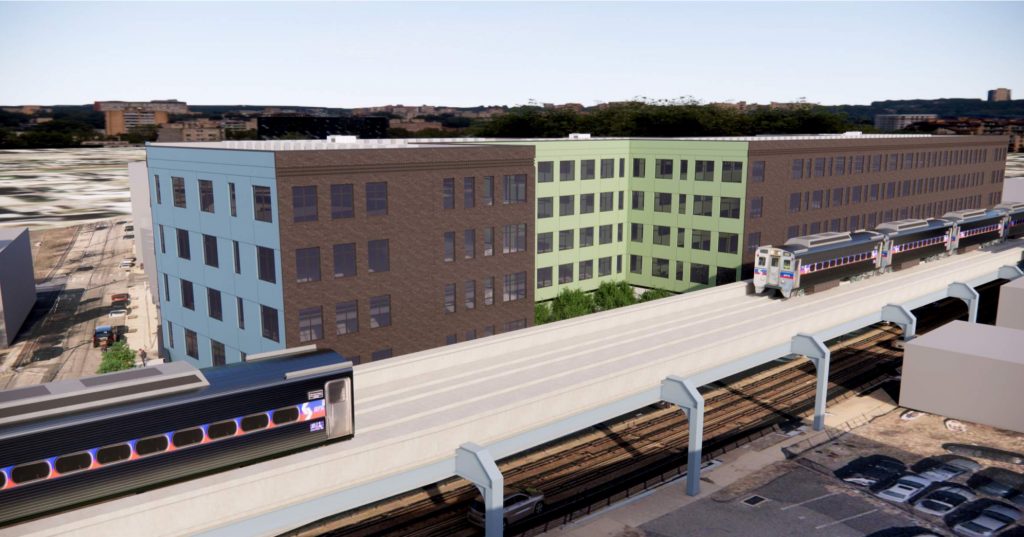 The building will boast a stately exterior largely comprised of brick. A tiered cornice adds extra detail. Curiously, large sections of blue and green cladding interrupt the otherwise uniform brickwork, which add a certain minimalistic extravagance to the design, though they appear somewhat out of place on the structure. Floor-to-ceiling windows will be located in the ground floor at the commercial space, while large, industrial-styled windows will feature on the upper floors.

The building site is bounded by Front Street to the east, Hope Street west, Cecil B. Moore Avenue to the south, and Palmer Street to the north, taking up the entirety of the block. The site was formerly occupied by a large surface lot, though now the lot is used as outdoor dining space by a nearby restaurant, and an outdoor workout area for a nearby gym. It is a popular destination for the surrounding community and its loss will be unfortunate loss for many local residents.

On the other hand, the new building will make for much more effective use of the space, adding 204 residential units at a prime location in a developing neighborhood. The lack of parking in the project is not overly concerning, either, given its proximity to the Market-Frankford Line and location in a walkable and bicycle-friendly neighborhood. However, certain slight tweaks may further improve the project.

The overall design would benefit from brickwork extended to the entirety of the façade. Additionally, if the building’s footprint was shrunk and a sixth floor was added, the building would be able to retain the same amount of density while creating a green space along Cecil B. Moore Avenue, which would compensate local residents for the loss of the existing open space at the site. However, the project will still very likely be a net posit be for the surrounding neighborhood and businesses regardless of these changes. 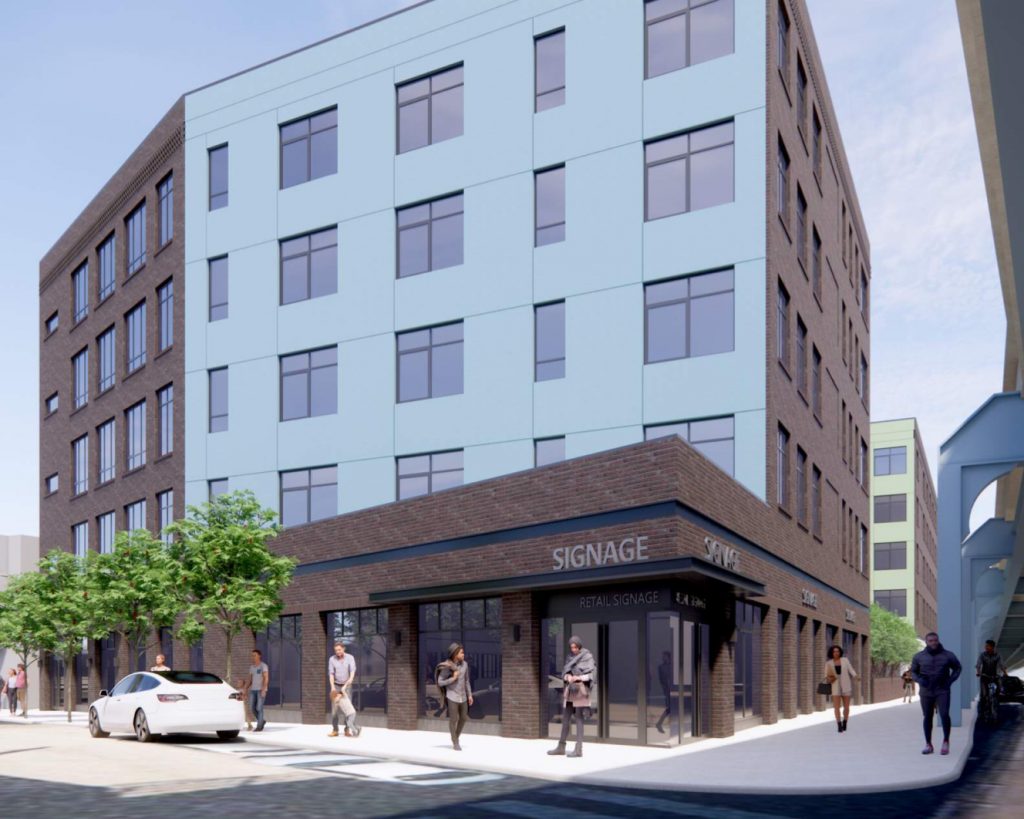 Philly YIMBY will continue to track progress made on the development in the future.