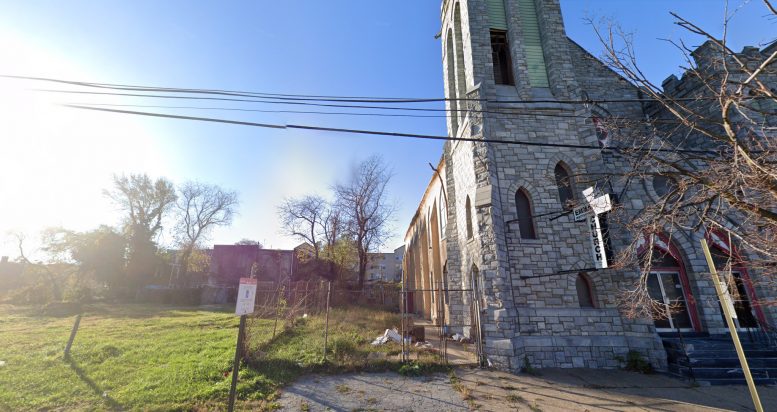 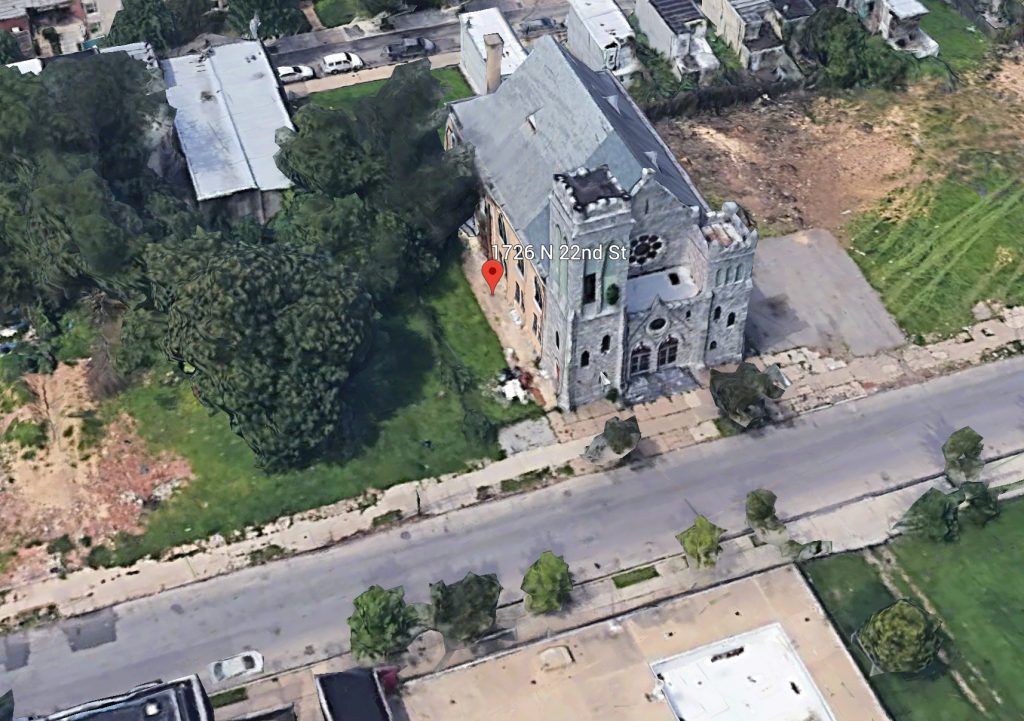 The building will replace a small vacant lot located directly to the south of an existing church, one of the only buildings still standing on this side of the street, which was hollowed like much of the rest of the surrounding neighborhood in its postwar decline. A chain link fence separates the lot from the street, and offers an idea of the where the new building will stand.

The building will be a solid improvement for the site, removing an underused vacant lot and significantly adding to the neighborhood’s growing population and density. Seeing entire neighborhoods get nearly completely rebuilt is an impressive feat that is becoming more common as development balloons outwards from Center City.