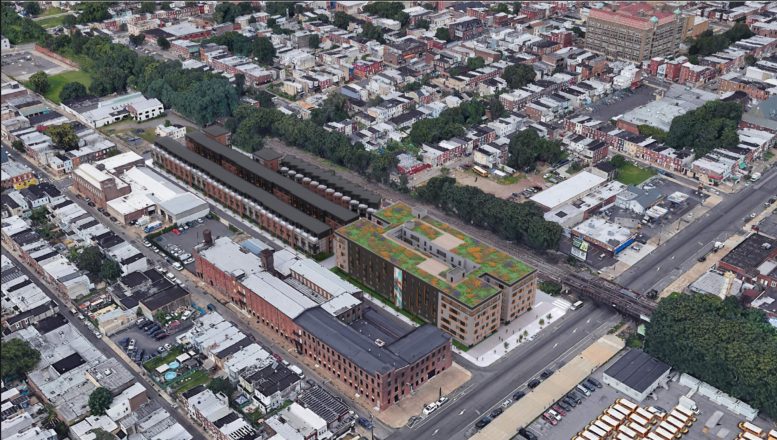 Renderings have been revealed for a 189-unit mixed-use development planned at 2204-14 East Allegheny Avenue in Port Richmond, Kensington. The bulk of the project will be situated within a new six-story mid-rise building, which will hold 189 residential units across 146,032 square feet of space. A 17,710-square-foot commercial space will be situated on the ground floor along Allegheny Avenue. A group of 70 townhomes will comprise the rest of the block, rising three to four stories tall. Designed by VBC Studio, the complex will include 87 parking spaces, four being ADA compliant, with an additional 69 set aside for the townhomes, with three being ADA compliant.

The mixed-use building will feature a modern exterior. The Allegheny Avenue side of the building will feature a stylized, trendy grid layout, with rows and of light gray cladding framing uniform-sized windows and the black cladding in between. Thin strips of orange cladding will act as an accent and add more color to the design. The sixth floor will see wood-styled cladding. Floor-to-ceiling windows will make for a nice street presence on the ground floor.

On the less prominent faces of the building, designers opted for a simpler exterior, with dark gray siding used throughout, save for strips of orange cladding. Mural artwork is also shown in the renderings rising the full height of the building, which will be a great feature if it comes to fruition. 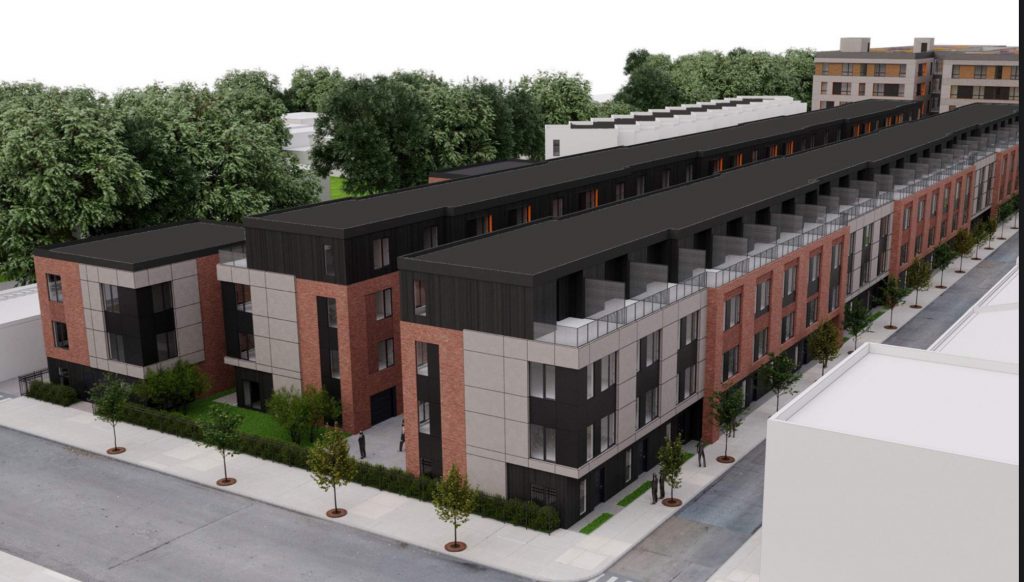 The townhomes will take on a slightly different design that will provide contrast to the block. The majority of the homes will see red brick used as the primary material, rising up the first three floors, with black siding coating the fourth floor, which sits on a setback that includes outdoor balcony space. A second model of homes is situated intermittently throughout, which does not include the red brick in the design, instead using a combination of light gray and black cladding. Red brick appears to still be used on the back of the homes.

The new group of buildings will rise on a lot that currently sits vacant, an unfortunate presence for a property of such prominence. The concrete pad of a former building can still be seen at the site, although it is slowly being overtaken by the nature that is creeping in from all sides. The site is nestled between a still-standing industrial remnant of the neighborhood’s past, and railroad tracks that were once crucial for the area when it was a major industrial hub. 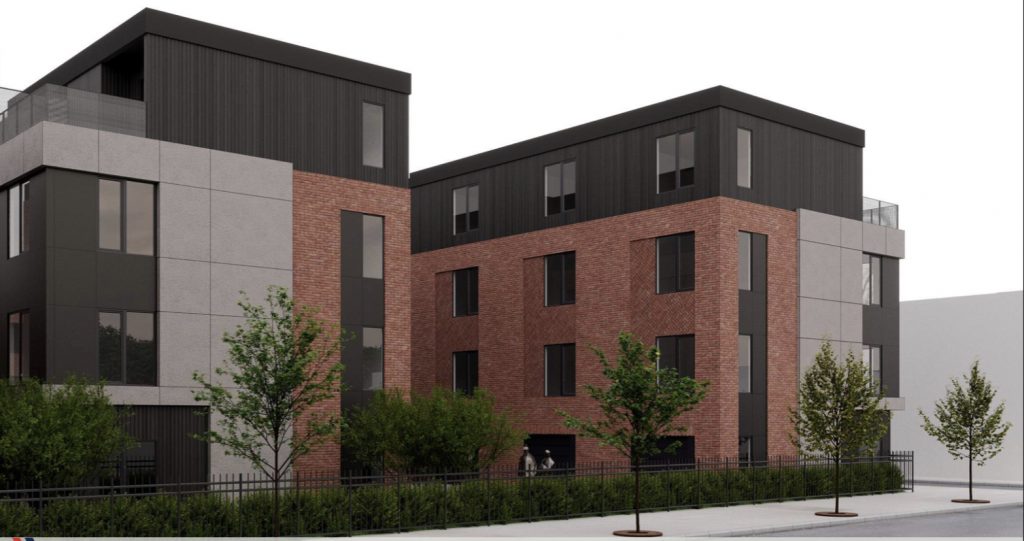 The addition of 259 residential units on a site that is currently occupied by none will be a major improvement for the lot, adding a significant density boost for the surrounding area. The project is one of the largest to be proposed in the neighborhood recently, and is a testament of the area’s continued popularity, as more development stretches farther northeast from development powerhouse zones such as East Kensington and Fishtown to the south.

YIMBY will continue to track progress made on the development moving forward.