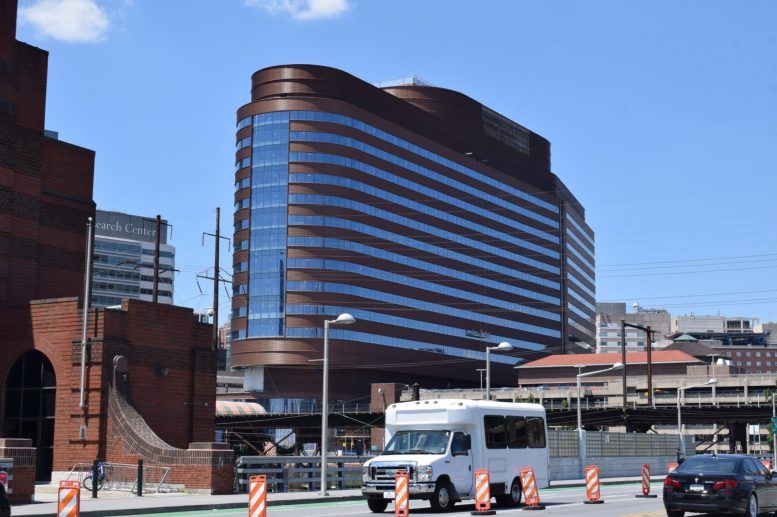 Construction is making steady progress on a new pedestrian bridge at the Penn Medicine Pavilion, a new hospital tower that is reaching completion at 300 South 33rd Street in University City. The tower, designed by Foster + Partners, stands 343 feet and 17 stories tall, with 1.5 million square feet of space. The new bridge will connect the Pavilion to SEPTA’s Penn Medicine Regional Rail Station, formerly titled University City Station. The station is one of the busiest on the system, attracting riders to the major employment center consisting of the nearby medical facilities.

As YIMBY has previously reported, work is largely complete on the Pavilion, which is the product of the largest investment ever made by Penn Medicine, a whopping $1.5 billion. However, work on minor details throughout the development have continued to make quiet progress, and therefore the development cannot be totally marked as fully finished. 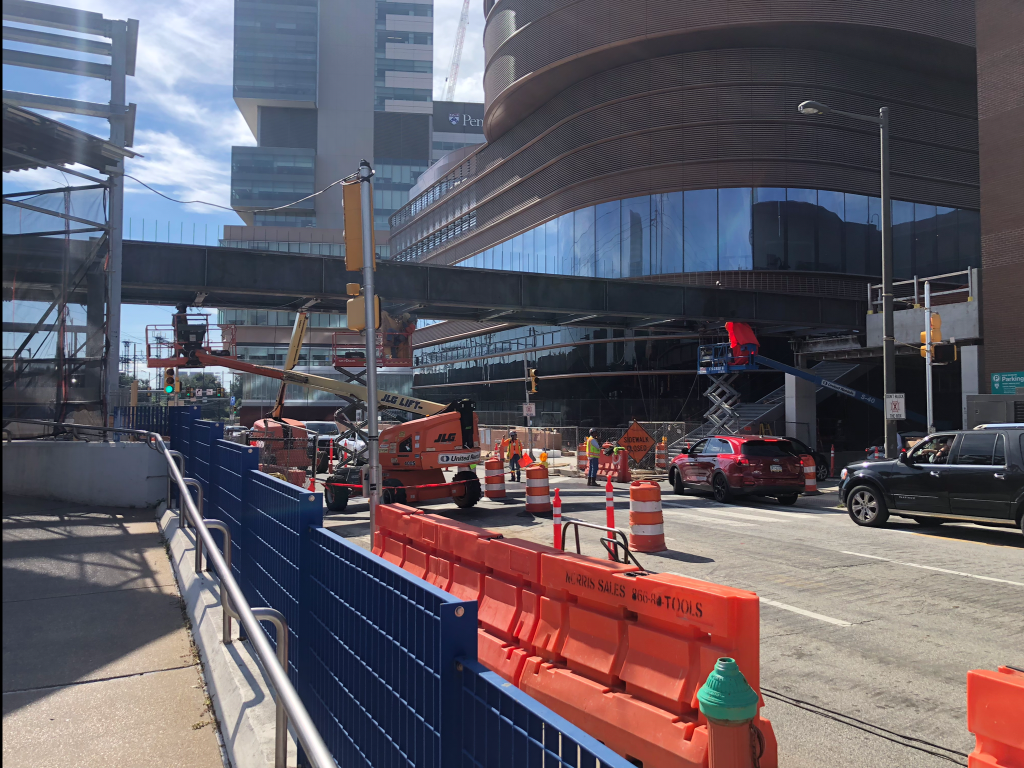 Steel framing work is currently underway on the bridge, providing the platform for the rest of structural steel work. One street lane has been closed off to traffic in order to aid in the construction process.  The sidewalk on the other side of the street has been closed, as well. 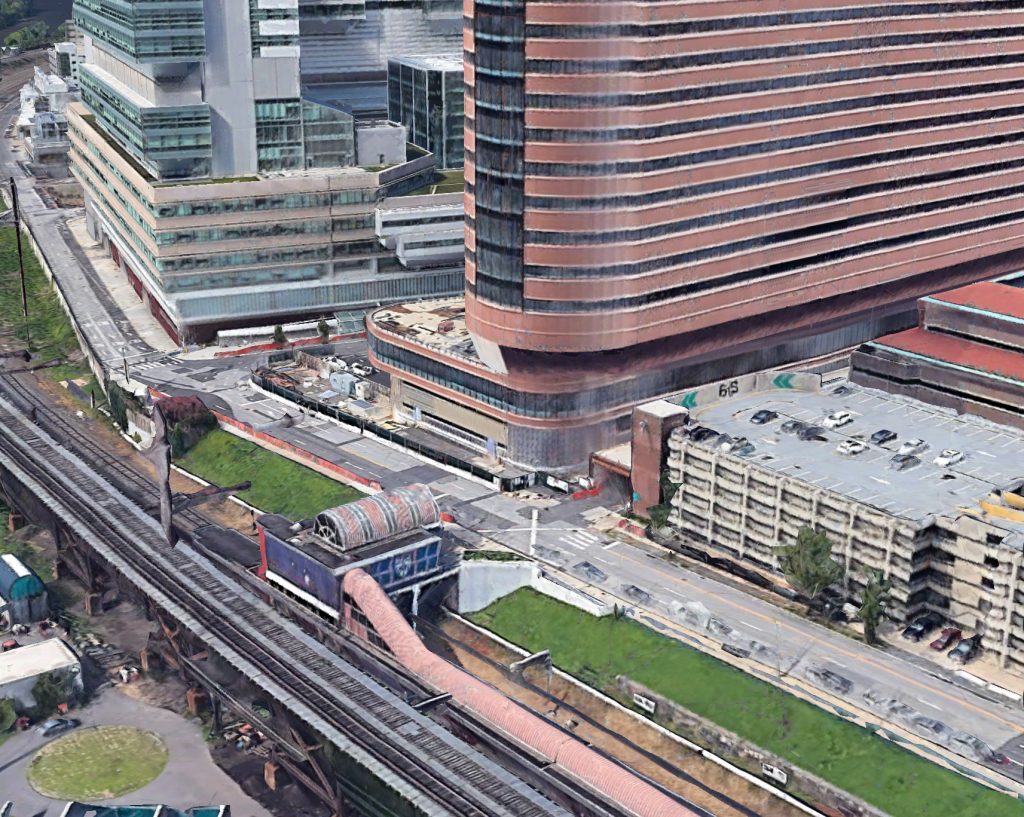 The bridge runs from the entrance of the SEPTA station directly to the interior of the Pavilion, creating a direct pathway for commuters that lets them avoid crossing the Health Sciences Drive at the street level to access the hospital cluster. This will help improve the relative attractiveness of rail transit and should help boost Regional Rail ridership. The bridge is described as the “Gateway to the Pavilion” by Kevin Mahoney, the CEO of the Penn Health System. 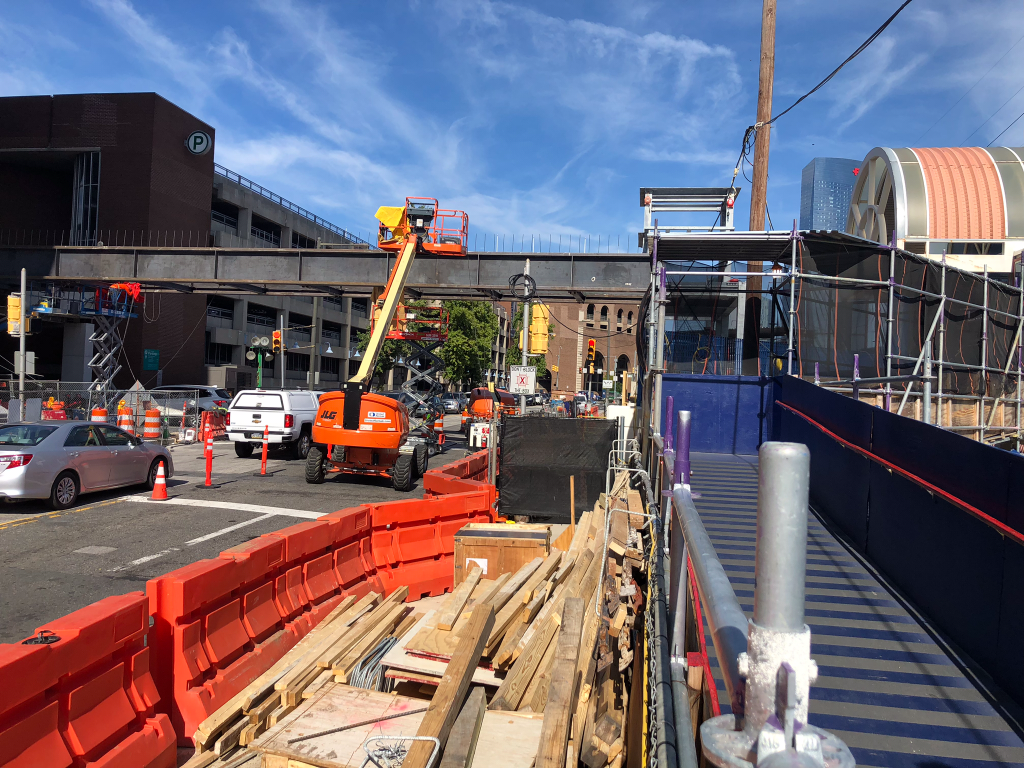 Philly YIMBY will continue to track progress on the Pavilion moving forward.

Demolition Permits Issued for the Site of The Standard at Philadelphia at 119 South 31st Street in University City, West Philadelphia