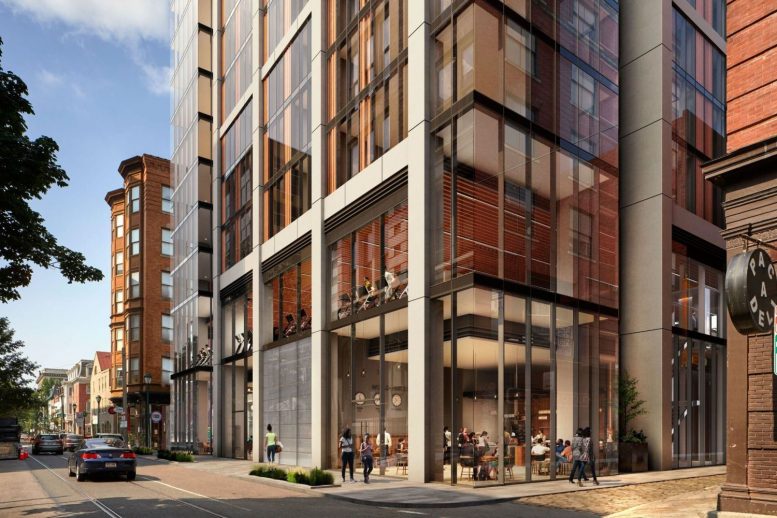 Last month, YIMBY reported that construction permits were issued for the residential high-rise proposed at 204 South 12th Street in Midtown Village, Center City. We noted that while the floor count remained the same at 32, the unit count for the rental property was reduced from 448 to 378. Now, in a statement provided to YIMBY, BLT Architects, the architect of record for the project, has announced that the currently planned height for the building registers at 366 feet above ground. This represents a 79-foot decrease from the originally stated height of 445 feet. 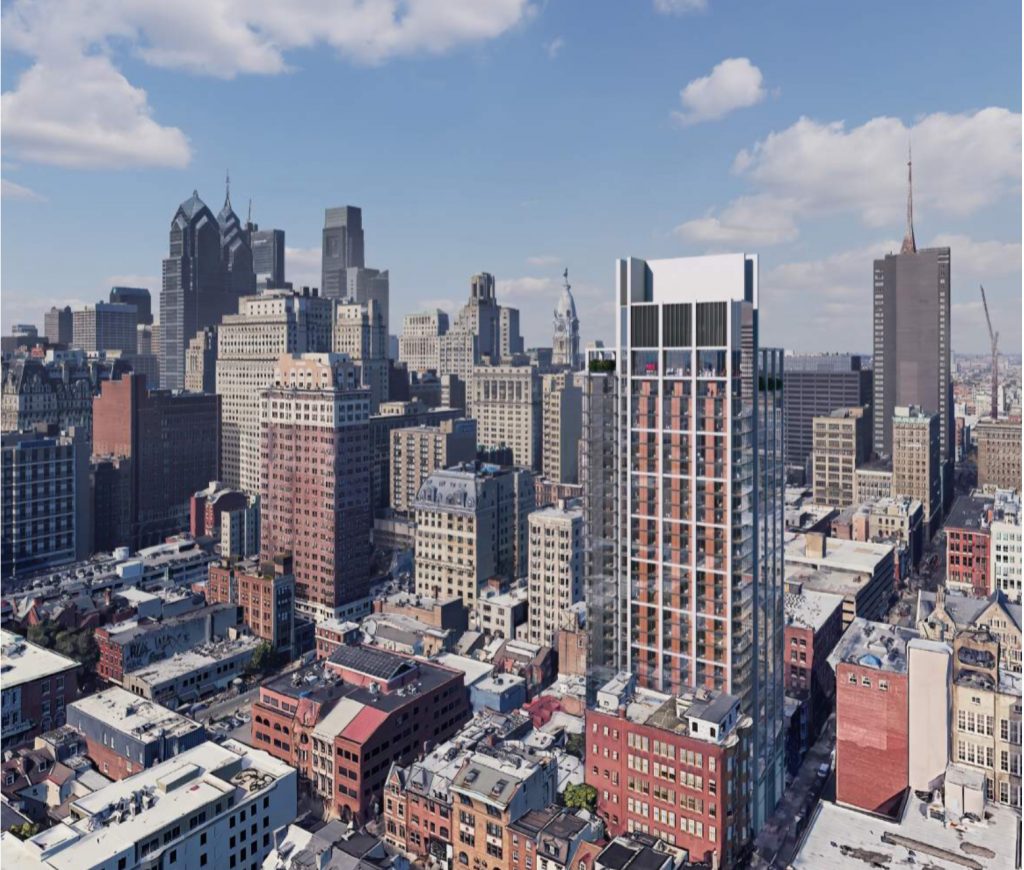 At the moment, we are unable to confirm any further details regarding the updated design. However, it is unlikely that the building will undergo a significant change of the overall aesthetic, since the project retains the same design and development team, with Rogers Stirk Harbour + Partners as the design architect and Midwood Investment & Development as the developer.

Even at its revised height, the building will make a notable statement on the local skyline. If built as originally proposed, the tower would have stood roughly as tall as Cira Centre in University City. At its currently planned height, the building will stand slightly taller than the Inquirer Building in the Spring Garden section of Lower North Philadelphia. The height will still be sufficient to provide the new building with a prominent stature that will rise well above its surrounding context and offer panoramic views from the upper floors, and will still provide ample rental units to the centrally-located, transit-rich neighborhood.

Demolition at the site began around the end of 2020 and wrapped earlier this year. Since that time, no notable activity has been observed at the site for several months, though now we may surmise that the delay was caused by the design revision rather than some more serious setback. Our hopes for a speedy resumption of work have been confirmed by BLT Architects, which expect foundation work to begin in January 2022.