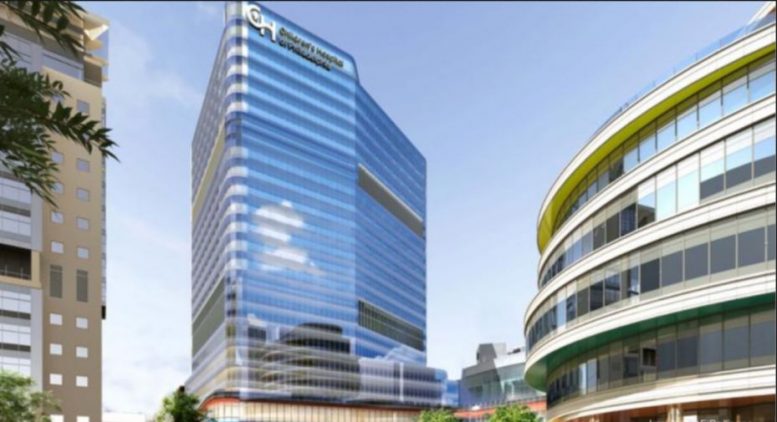 The 8th place on Philadelphia YIMBY’s December 2021 Development Countdown goes to the 22-story Children’s Hospital of Philadelphia‘s medical tower, planned at the tentative address of 3401 Civic Center Boulevard in University City, West Philadelphia. Designed by ZGF Architects and Ballinger, the building has also been previously referred to as the CHOP University City Tower and was at one point described as rising 380 feet tall. Development cost is estimated at $1.9 billion.

Renderings show a sleek, all-glass structure with floor-to-ceiling windows. The prominent diagonal chamfer creates a dramatic form for an otherwise boxy design, while gently rounded corners soften the structure’s presence. However, as the development is still in tentative phases, little other information is available regarding the project. Even the particular location of the proposal remain elusive. As shown at the moment, the tower appears likely to replace the Richard D. Wood Pediatric Ambulatory Care Center, a mid-rise Postmodern building at the block interior.

We hope to see further progress on the development in the near future, as the project will be a highly positive addition to the rapidly developing University City Medical District. The facility promises to add a significant volume of medical floor space, responding to the region’s ever-growing healthcare needs. The architectural design maintains an identity of its own while giving contextual nods to the surrounding buildings, such as glass-walled high-rises such as the tower nearing completion nearby at 3501 Civic Center Boulevard, and the recently completed Pavilion a few blocks to the northeast.

3401 Civic Center Boulevard will be a fine contribution to the thickly-packed urban jungle of the Medical District, densely built out of the literally vital necessity of having a variety of doctors, medical professionals, and special treatment facilities located as close to one another as possible, as every second counts when it comes to saving patients’ lives. 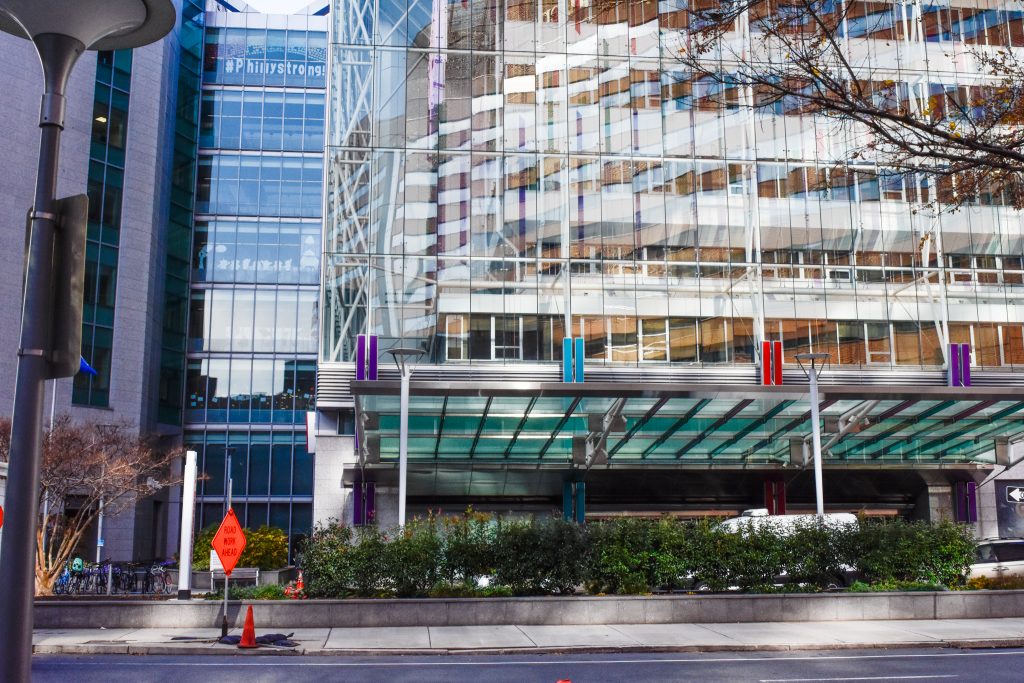