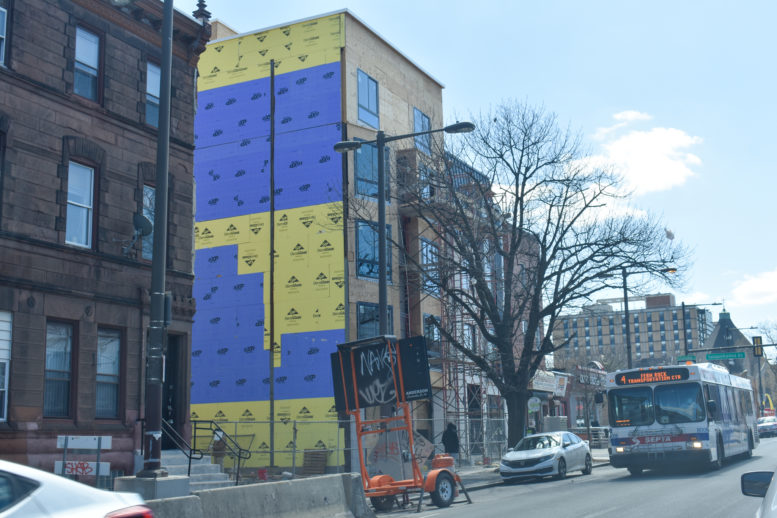 Philly YIMBY’s recent visit to the five-story, 21-unit condominium building underway at 2209 North Broad Street, near Temple University in North Philadelphia, has revealed significant construction progress. Since we first reported on permits issued for the development, which is located on the east side of the block between West Susquehanna and Dauphin Avenue a block north of the Temple campus, the wood-framed structure has been topped-out and nearly fully assembled, and currently awaits facade installation. Designed by KCA Design Associates, the structure will feature ground-floor retail, a cellar, elevator service, seven bicycle parking spaces, and a roof deck. Permits list Golden Rule LLC as the owner, V2 Properties Construction Management as the contractor, and a construction cost of $2.5 million. 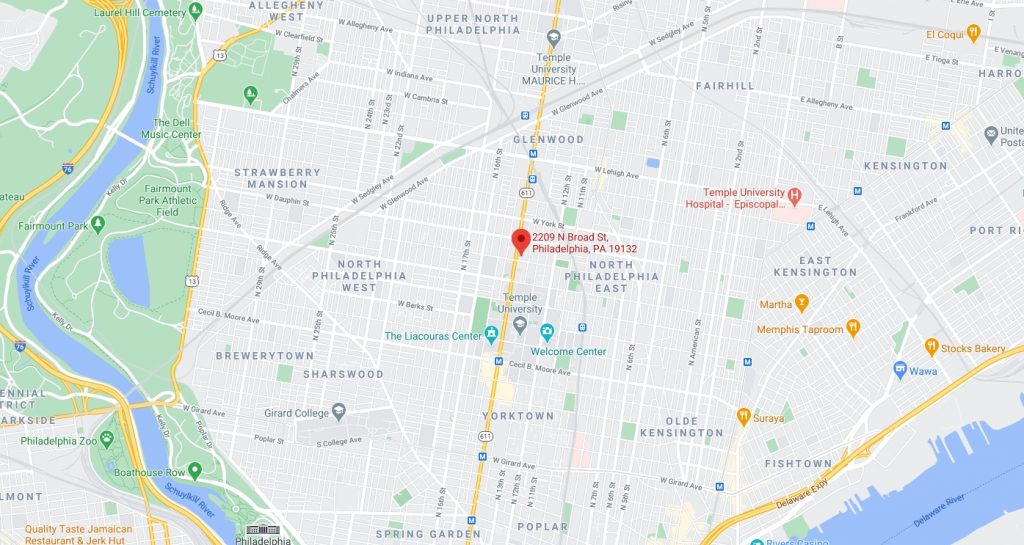 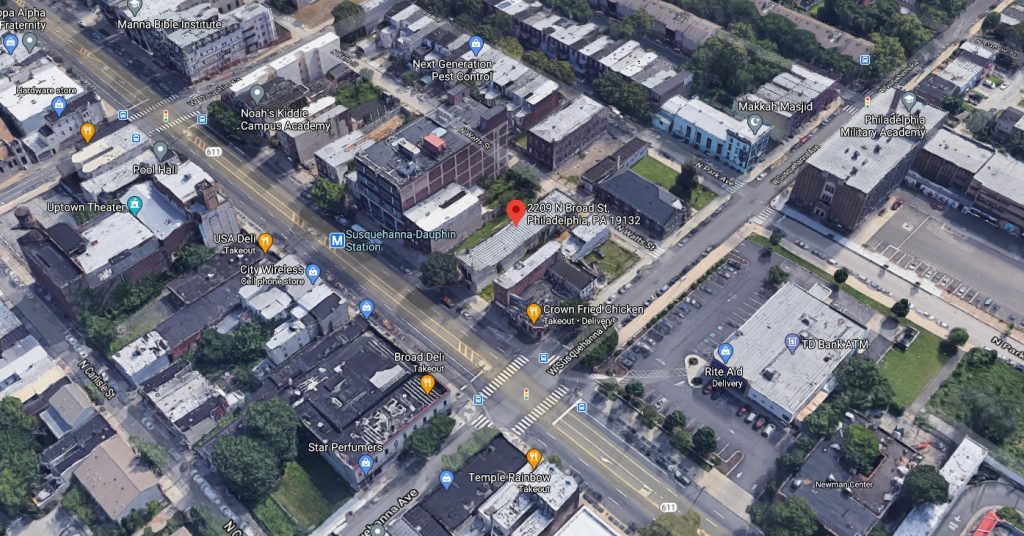 The structure, also known under its full address of 2209-11 North Broad Street, rises 53 feet to the main roof, nearly maxing out the local height limit of 55 feet, 57 feet to the parapet, and 64 feet to the top of the bulkhead. Floor-to-ceiling heights measure ten feet at the ground level and nine feet at the upper floors. 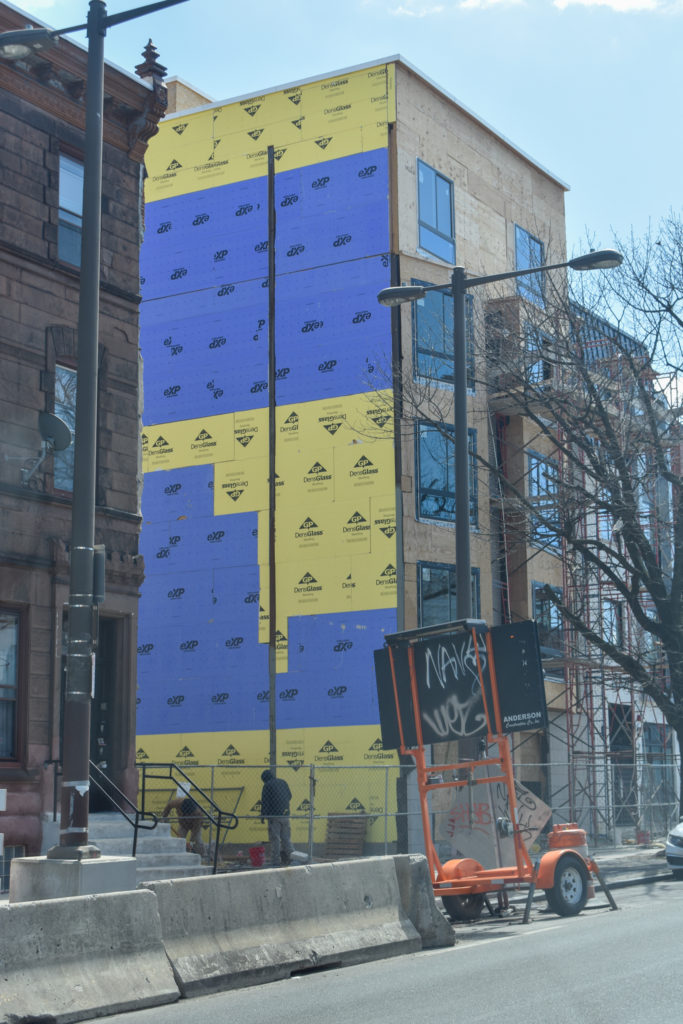 A five-foot-deep light well is cut into the structure’s northern side, allowing for light and air for the non-street-facing rooms. Judging by the site plan and the location of the elevator and the two stair banks, the interior layout appears to feature a single-loaded hallway along the south side of the building.

The development naturally invites a comparison to another structure under construction at a similar through-block site up the block at 2243 North Broad Street. There, a four-story, seven-unit mixed-use building rises from an even narrower lot, which also extends 151 feet from Broad to Watts yet measures just 18 feet wide.

In the face of the challenging dimensions, the architects of 2243 North Broad Street did not resort to narrow light wells, but instead implemented a creative solution that masses the building into three distinct sections along Broad Street, Watts Street, and in the site center, connected with a narrow hallway. The resulting layout not only allows for entrances from either street, but also creates two surprisingly large courtyards that allow for relatively ample air and sunlight for the units. 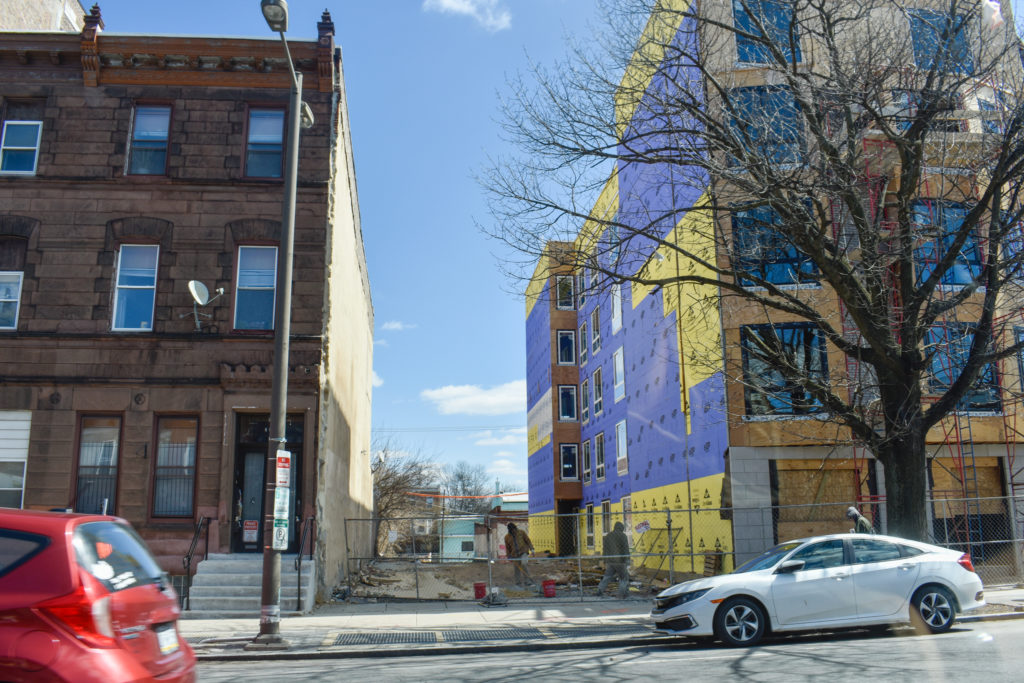 For the moment, the building at 2209 North Broad Street will offer ample sunlight to the north-facing units, as they currently face a vacant lot. However, a development is likely to rise on the lot in the near future. Permits were issued for a five-story, 17-unit structure in December 2018, and though no progress has been made since, development at the lucrative location is likely in the near future.

While the two buildings offer a curious study into the pros and cons of various design layouts for residential buildings on narrow city lots, the design challenge spans hundreds of years and has vexed architects throughout the cities of the Northeast US and beyond. For those interested in reading more about the subject, we recommend Richard Plunz’ excellent book, A History of Housing in New York City.

Clearly, the issue is also needlessly exacerbated by the city’s unduly restrictive height limits. Not only are the designers faced with allocating the allotted residential units onto long and narrow sites hemmed in by buildings on both sides, but they must do so within the apparently arbitrary height limit of 55 feet, which adds a bureaucracy-imposed handicap to already challenging sites.

A more relaxed height limit would have allowed for taller yet narrower structures with the same number of units yet much more generously-sized courtyards, allowing for ample light and air for the apartments as well as an increase in outdoor space. Besides, there is no reason why this centrally-located site (Temple University is the hub of North Philadelphia), situated on what is arguably Philadelphia’s most important thoroughfare and next to a subway station (the Susquehanna-Dauphin Station on the Broad Street Line), must be subjected to a paltry 55-foot height limit. 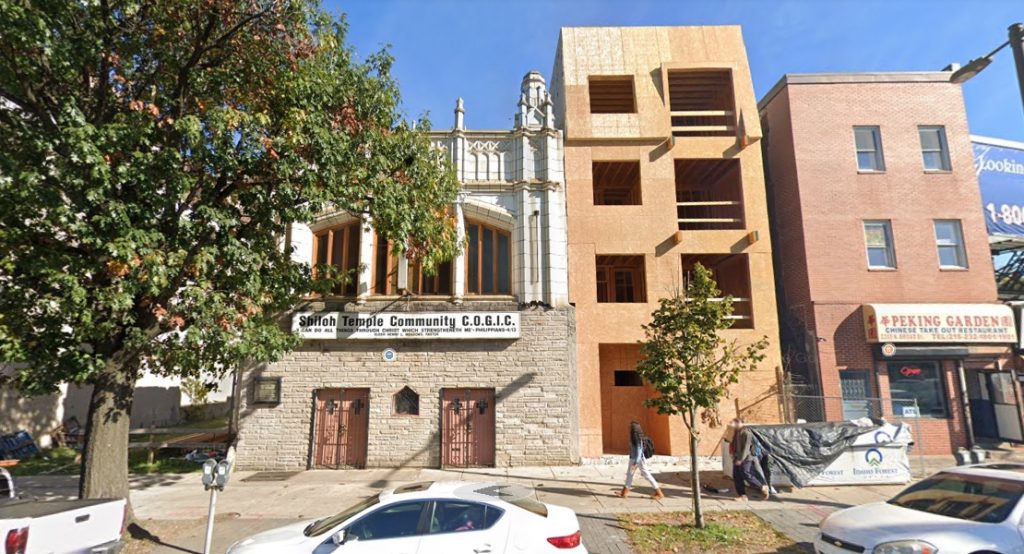 Another city planning issue that is at play here is the lack of incentives for preservation of architecturally distinguished prewar construction. The site previously housed the Shiloh Temple Community Church, which has since been demolished. Although the structure’s ground floor had been reclad in drab formstone, the second level retained its dazzling Neo-Gothic facade of what appeared to be white terra cotta.

Despite obvious design challenges, the developer could have preserved the Neo-Gothic facade portion and incorporated it into the new design, at least partially, whether through preservation of the second-story exterior or its disassembly and reassembly, whether entirely or in parts, and integration into the new five-story structure. However, this would have been an inordinate expense for an average builder, so the city ought to provide financial incentives for adaptive reuse and partial preservation of non-historic yet architecturally distinguished prewar structures. 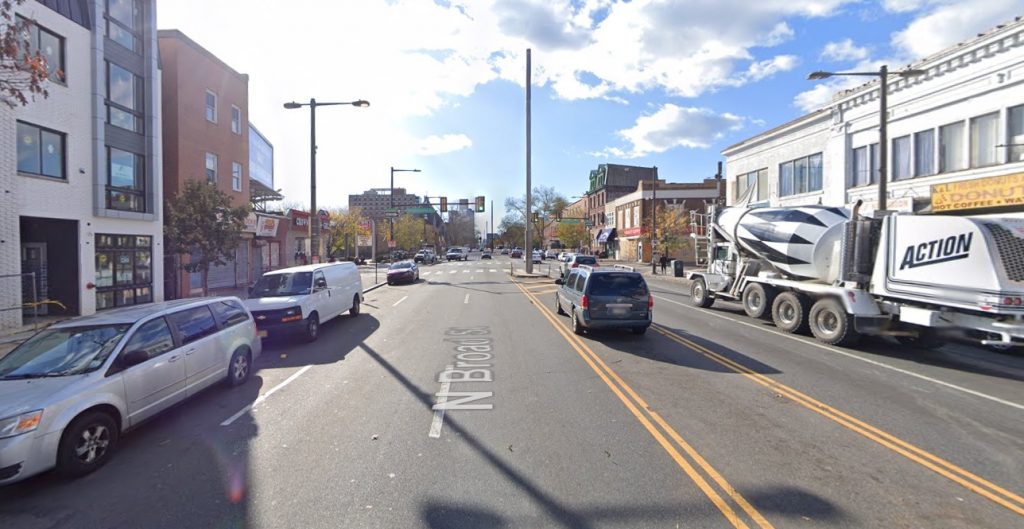