As the 35th anniversary for the topping-out of One Liberty Place‘s spire was commemorated, Philadelphia YIMBY has assembled a high-quality model of the skyscraper. Located at 1650 Market Street in Center City, the tower is a milestone in the skyline and Philadelphia history as it broke free of the height limit once set by City Hall and improved the city’s image. While heavily criticized by some at the time of proposal, the office tower was eventually given the green light to stand 61 stories high and 945 feet tall. The tower and the second phase of the project was designed by Helmut Jahn of Murphy/Jahn and developed by Willard G. Rouse III of Rouse and Associates. In this feature, Philadelphia YIMBY observes an accurately detailed model of One Liberty Place on the 1987 skyline massing. 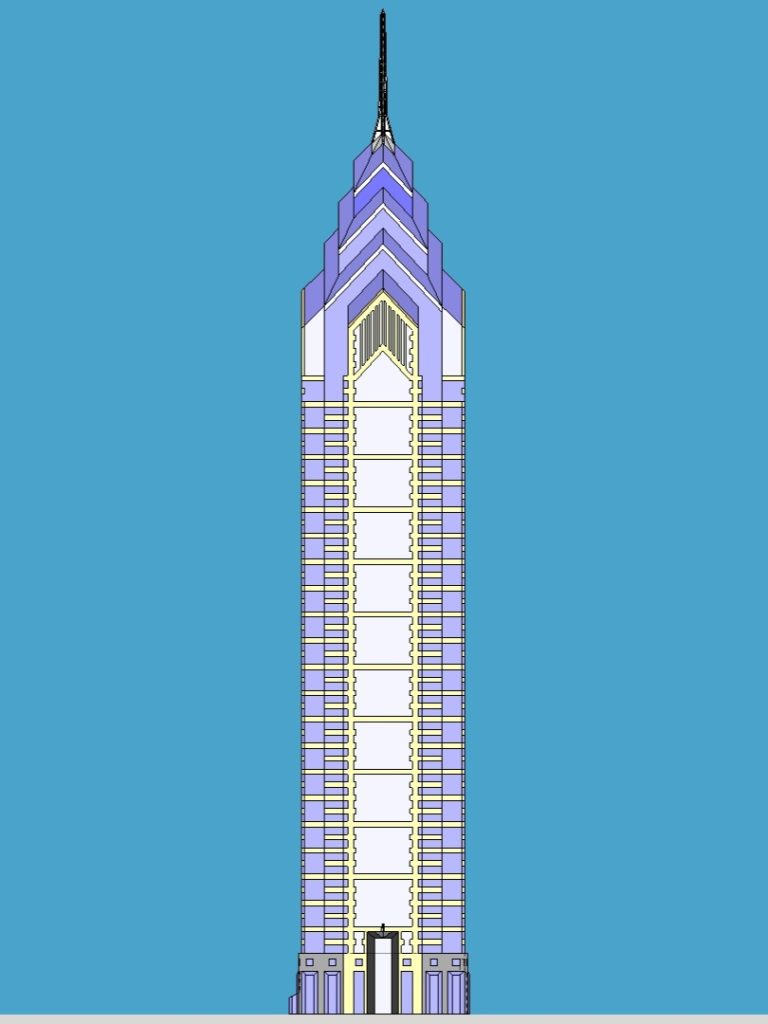 One Liberty Place elevation. Model and image by Thomas Koloski 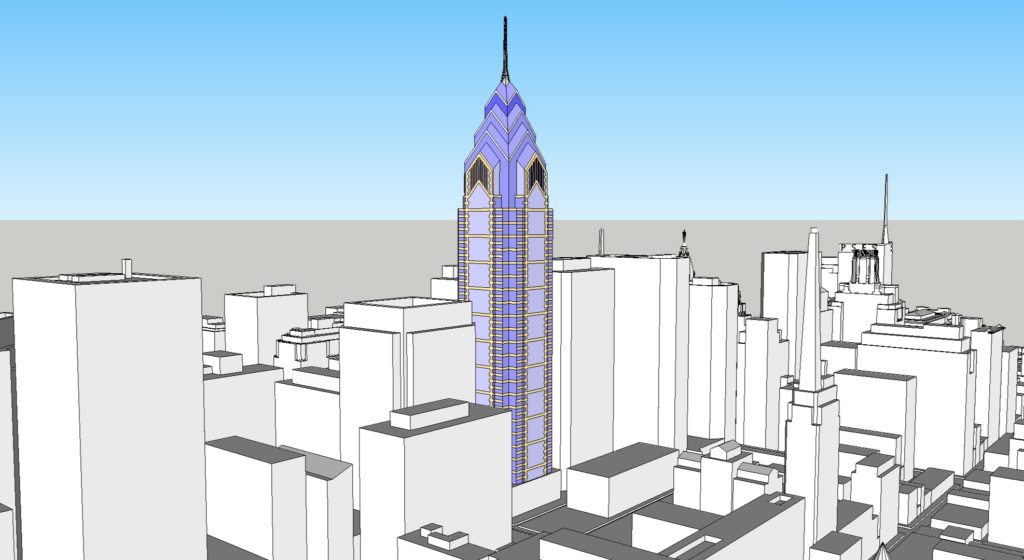 The developer purchased the site in 1983, and according to the earliest renderings the plot did not include the eastern extension, with the site extending from Market Street to Chestnut Street. Eventually, the rest of the block was obtained, with the future site occupying the whole block other than the newly developed 1600 Market Street. Design of the complex was underway later in the year, with more than a handful of plans crafted, including a three-tower complex. Eventually, the design was narrowed down to two identical towers, a mall, and a hotel. The design for One Liberty Place that we see today was being fleshed out in the summer of 1984. 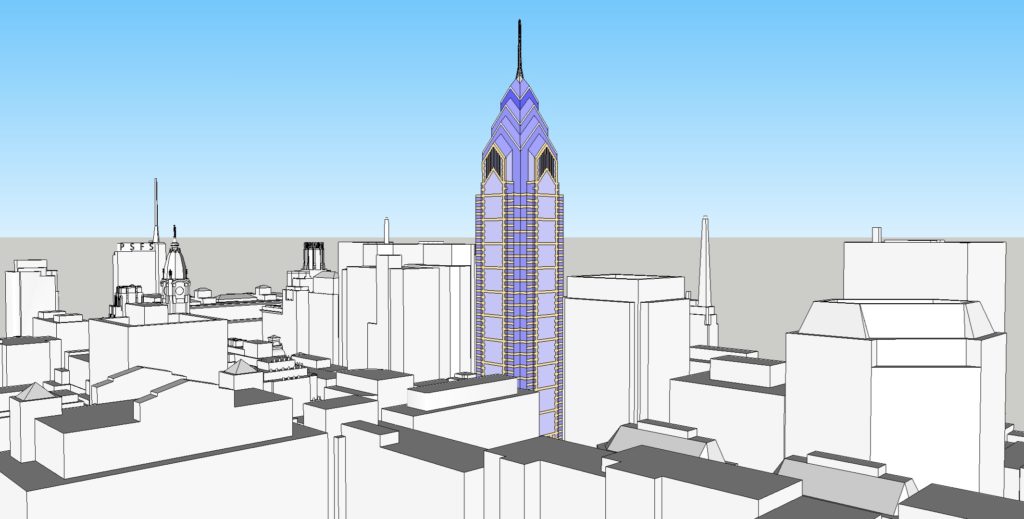 Over the course of this month, the article author has put together an updated skyline massing model of One Liberty Place with accurate dimensions and external designs. The model features key details, such as bay windows and lobby entrance on the base, the stone pattern on the facade, and the stunning angled crown and spire that tops the skyscraper. With the model completed, it was inserted onto the 1987 massing model to give a better perspective of the tower at the time when it was completed, compared to the other massing publication. In the near future, more articles will feature alternate designs of Liberty Place.

YIMBY Revisits the Deconstruction of One Meridian Plaza in Center City