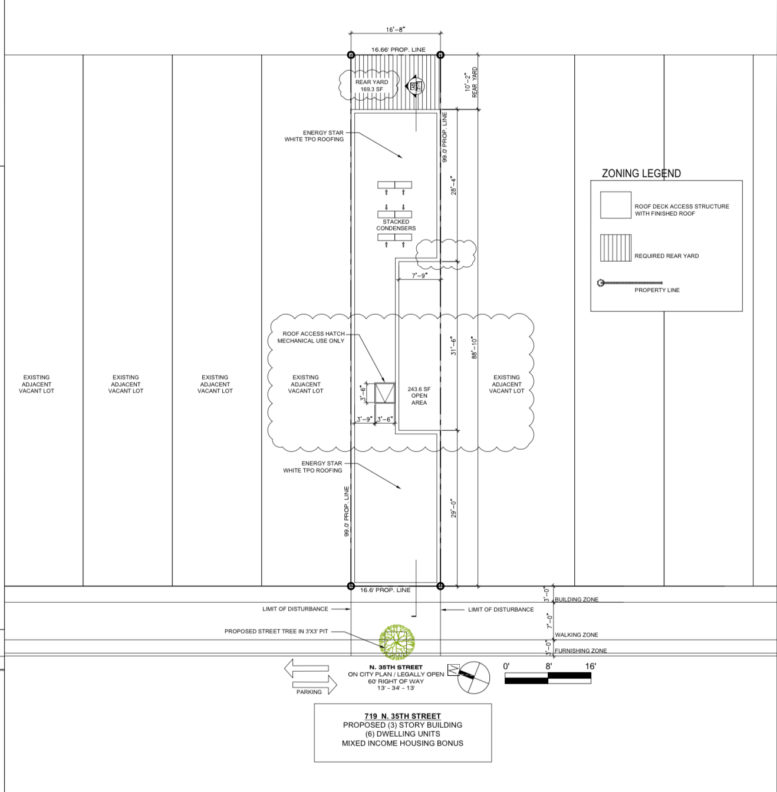 Permits have been issued for a six-unit multi-family building at 719 North 35th Street in Mantua, West Philadelphia. Designed by CANNOdesign, the new building will stand three stories tall and span 3,708 square feet. Construction costs are listed at $550,000. 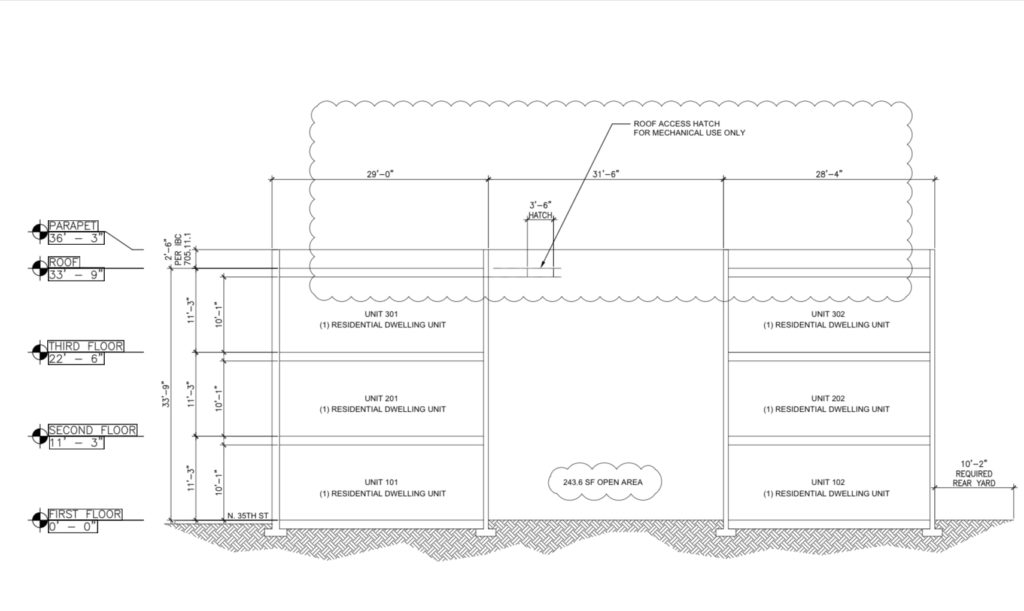 The new building has no available renderings, waving full details on the project’s exterior to the imagination, although diagram shows a rather typical scale. The structure’s rowhouse width and height will be the same size as most other buildings in the neighborhood. A single street tree will be located at the front of the building, and will eventually help cast shade on the surrounding sidewalk.

The new building will replace a vacant lot on a block composed almost entirely of such properties. The open grass lots are a sad symbol of what happened during the area’s period of decline, so its removal is a certain positive. The site sits to the south of the Philadelphia Zoo and SEPTA/Amtrak/NJ Transit rail tracks. 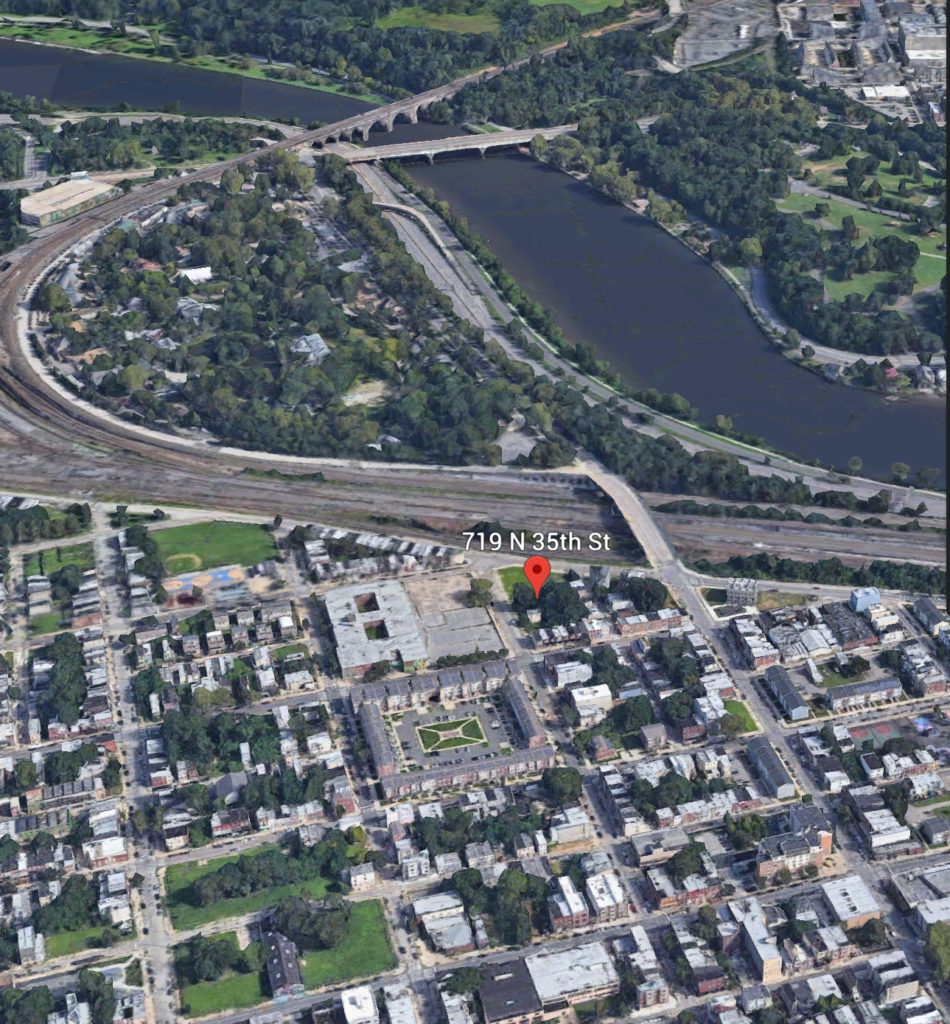 Just recently, YIMBY shared details on permits issued for a project on the same block, at 723 North 35th Street. The project, which was also designed by CANNOdesign, will rise in unison with the development at hand. The two buildings will bring more than 20 residential units to the block while also removing multiple vacant properties. Hopefully, other remaining empty parcels in the surrounding area will follow suit, filling the neighborhood back in to its former levels of density.

Be the first to comment on "Permits Issued for 719 North 35th Street in Mantua, West Philadelphia"