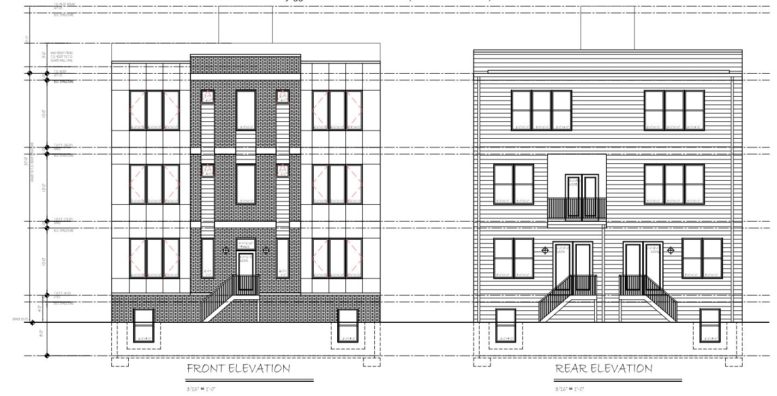 Permits have been issued for the construction of a three-story, five-unit residential building at 129 East Cumberland Street in West Kensington. The building will replace a vacant lot on the north side of the block between North Lee Street and North Water Street. Designed by KCA Design Associates, the structure will span 6,292 square feet and feature full sprinkling, a cellar, and roof decks. Permits list Margaret and Thomas J. Cousin as the owners, Tota Builders, Inc. as the contractor, and a construction cost of $450,000. 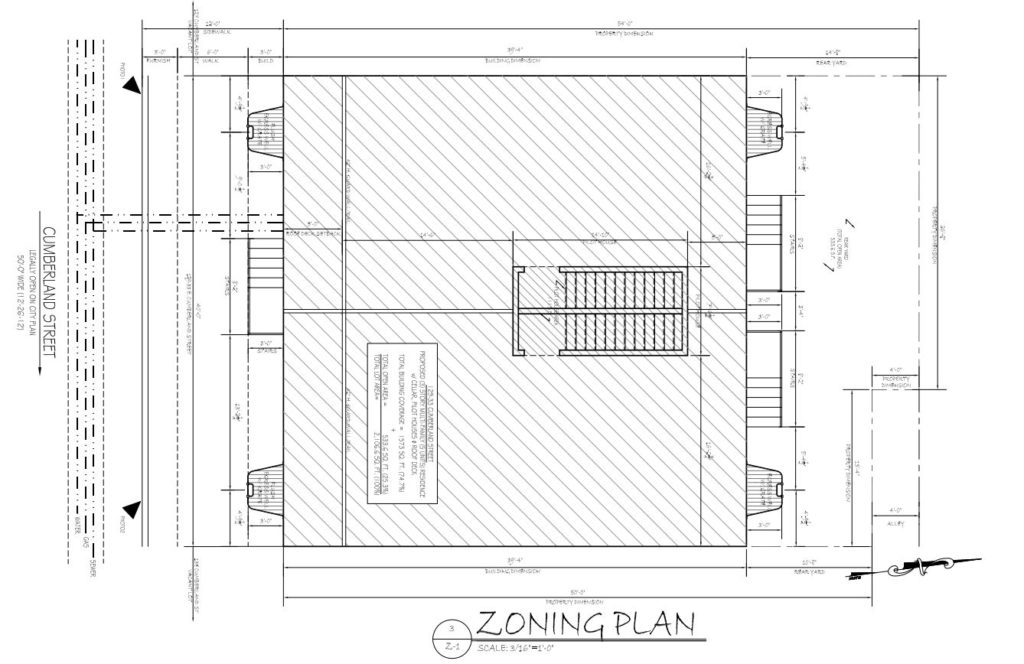 The structure, also listed under the address of 129-33 East Cumberland Street, will rise 37 feet to the main roof, one foot short of the local height limit, around 40 feet to the top of the parapet, and 47 feet to the top of the pilot house. Elevations submitted to the planning department show a street-facing exterior with a brick base and central bay and panel-clad sides, a modern design that pays homage to nearby prewar rowhouses. The rear elevation will utilize horizontal siding with a single loggia-style balcony. Curiously, the structure will be an almost perfect cube measuring 40 feet wide, 39-and-a-half-feet deep, and around 40 feet tall.

Although the development is situated in one of the better-preserved section of Kensington, which was largely spared from mass depopulation and subsequent demolitions in the postwar period, vacant lots still abound in the vicinity, including next to and across the street from 129 East Cumberland Street.

We are pleased to see this addition to the neighborhood, although the city ought to upzone and ease height restrictions in this development-friendly, transit-adjacent area (the York Street and Huntingdon Street stations on the Market-Frankford Line are situated within several blocks to the southwest and to the northeast of 129 East Cumberland Street, respectively), which would further encourage higher-density development that would fuel the long-distressed neighborhood’s revival.