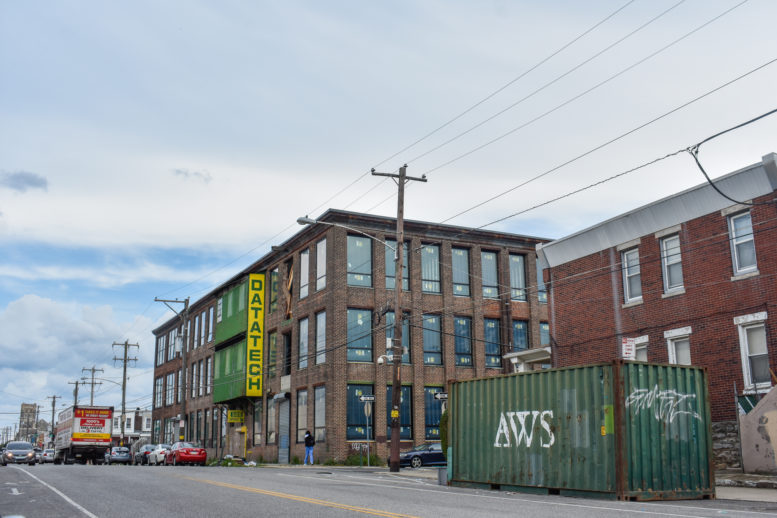 A recent site visit by Philadelphia YIMBY has discovered that renovation work is nearly complete at a three-story adaptive reuse development at 500-15 East Tioga Street (aka 500 East Tioga Street) in Kensington. The project consists of renovating a long-vacant industrial structure, situated on the block between East Ontario and East Tioga streets, into a 69,600-square-foot artist studio and artisan-industrial facility with 69 units, parking, and full sprinkling. Permits list Metropolitan Contracting as the contractor and a construction cost of $2.5 million. 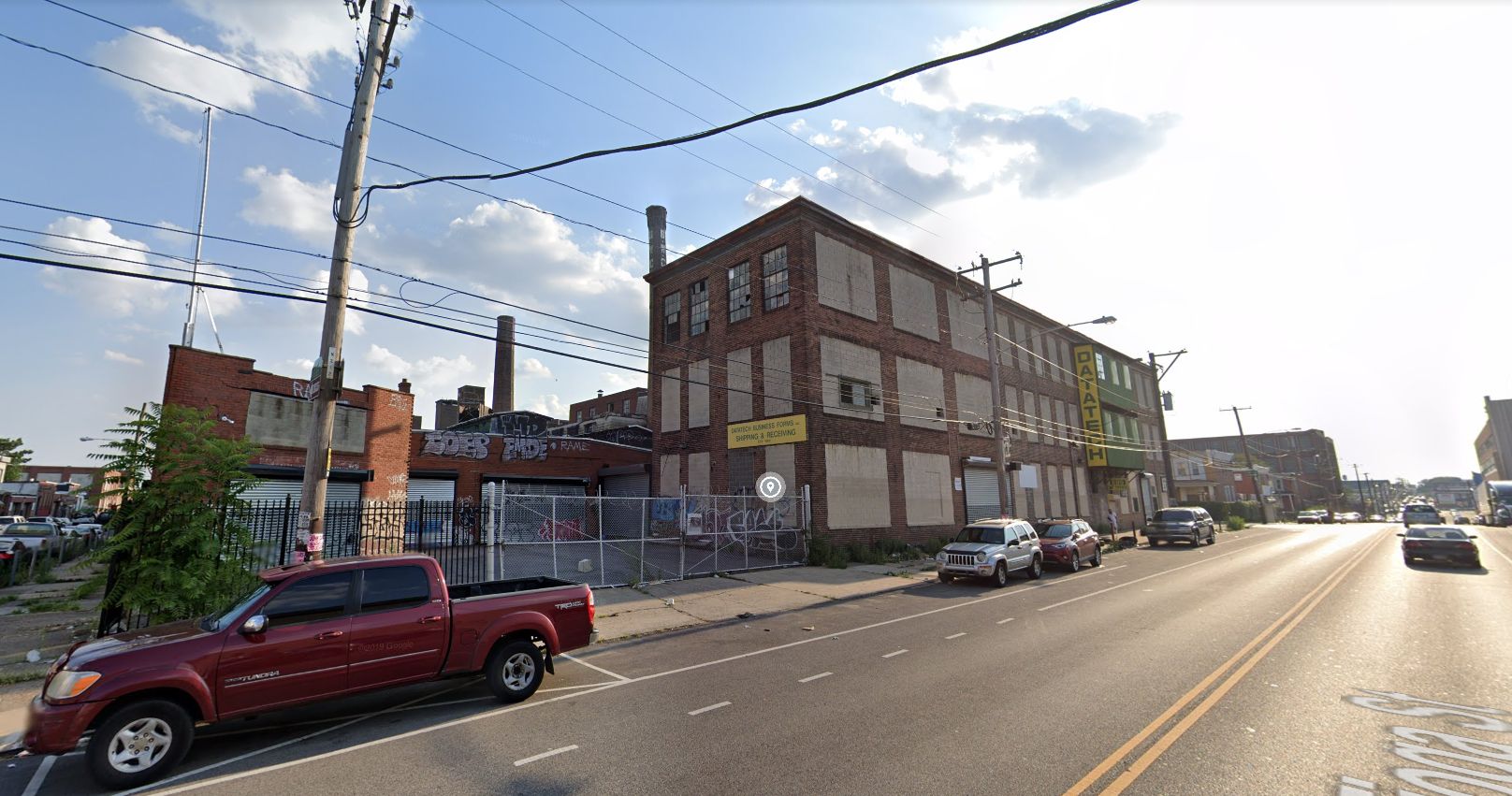 The development site is bound by East Tioga Street to the north, Rorer Street to the east, and D Street to the west. Zoning documents show the 40,274-square-foot property as subdivided into three “premises,” with Premises A mostly consisting of the three-story building and its courtyard, Premises B accounting for most of the adjacent single-story industrial structure and its yard at the eastern side of the site, and Premises C spanning a small courtyard at the southeast corner of the property.

The main three-story structure is a rather ordinary yet still highly attractive, in a gritty industrial way, prewar loft factory. The edifice boasts pleasantly textured dark red brick and tall and broad windows. Projecting piers on the west side of the structure, which faces a rowhouse block across the street, add rhythm and depth to the facade. 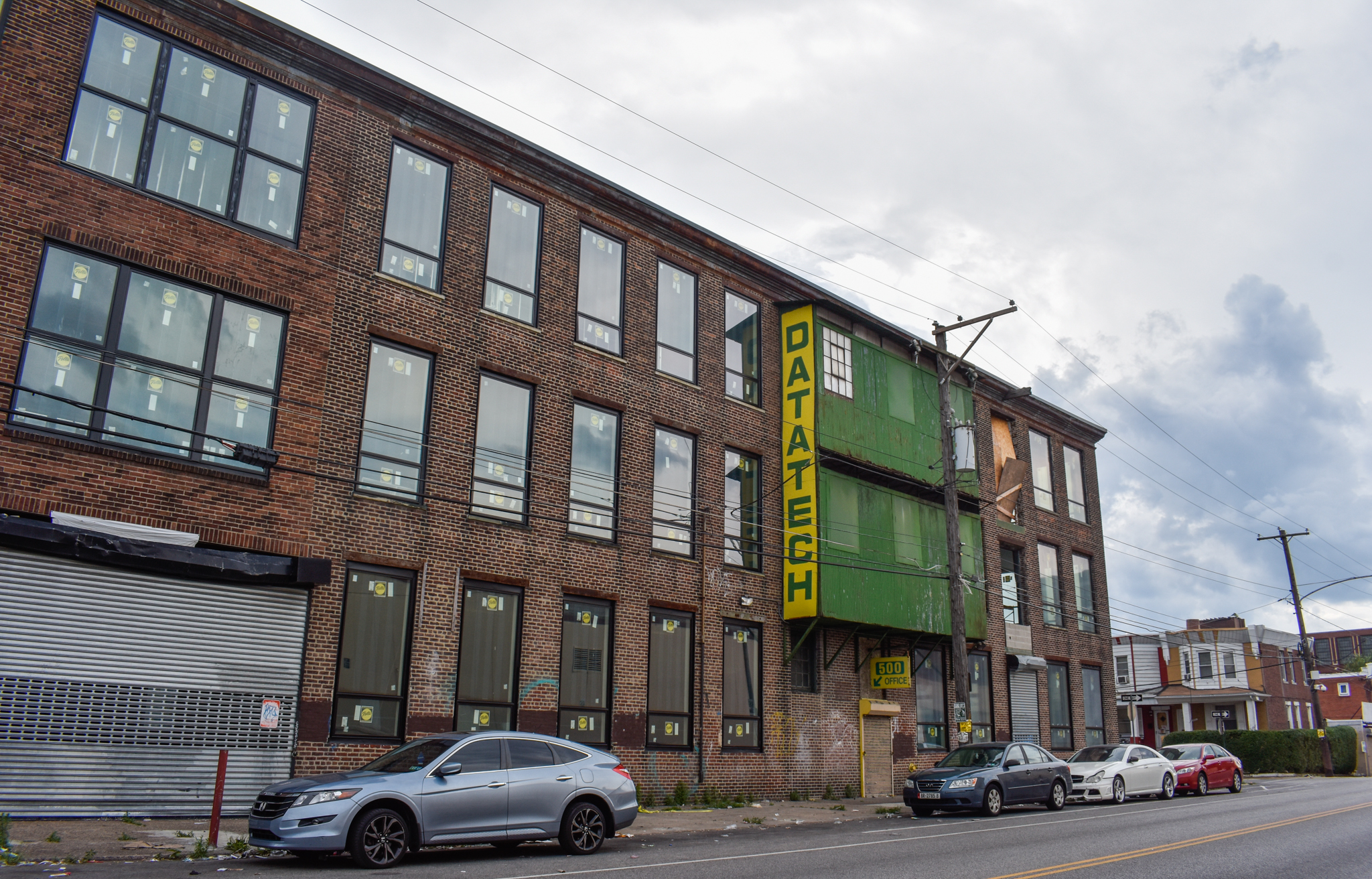 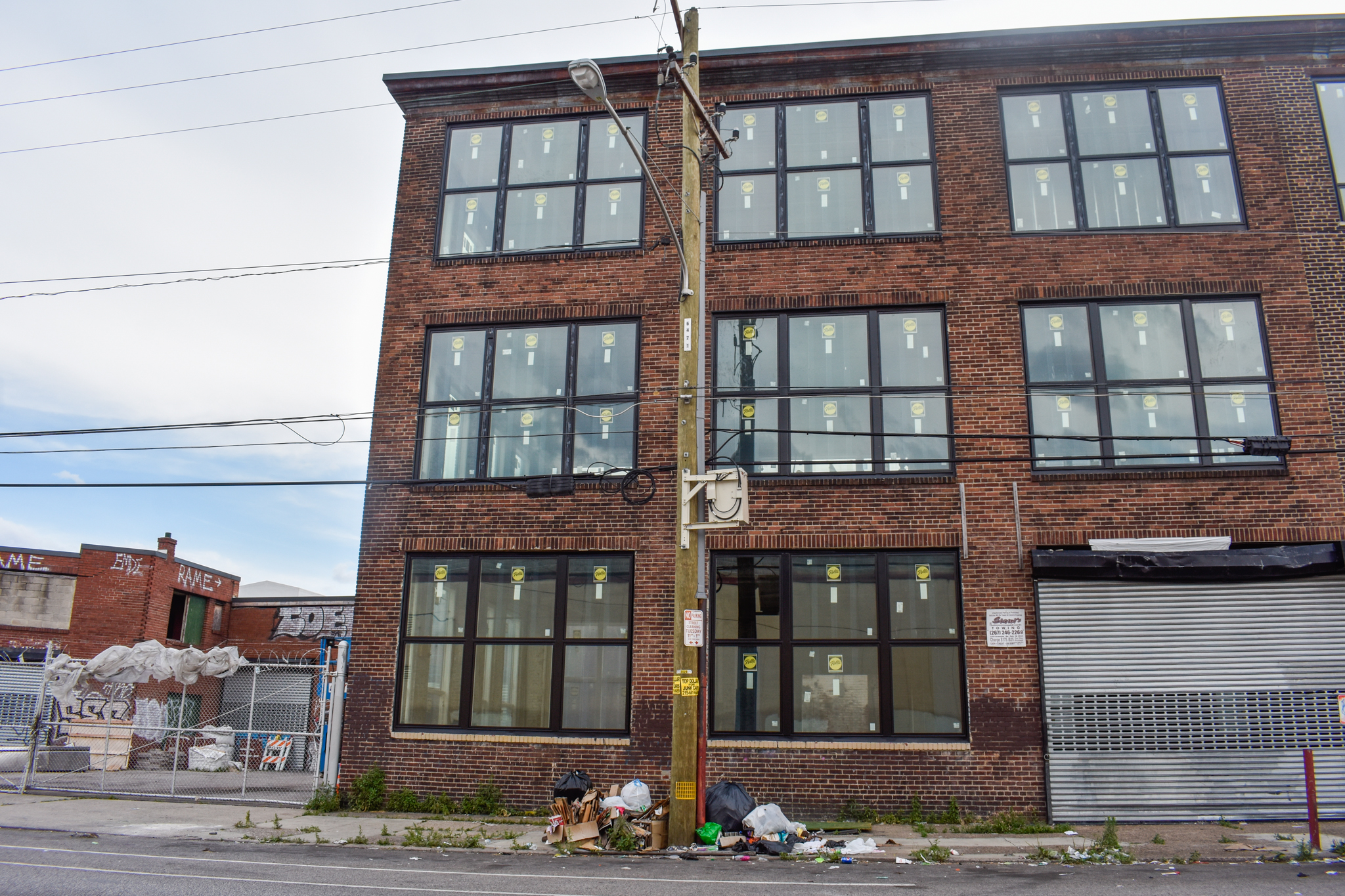 The building has sat abandoned for at least a decade, with its windows bricked up with CMU blocks. Positive change finally arrived last October, when permits were issued for the renovation. Our recent site visit found renovation work in full swing, with the main building’s broad apertures un-bricked and decked out with large glass panes and sophisticated dark mullions. Bright yellow signage for Datatech, which was apparently the previous tenant at the facility, remains on the building exterior, and we are curious whether it will remain at the location. We are also intrigued as to the future treatment of the two-story, green-painted, shanty-like cantilever with still bricked-up windows (we hope the feature is retained in some way, as well).

No significant work has been noted on the adjacent single-story structure, and the yards appear to be used for construction staging. 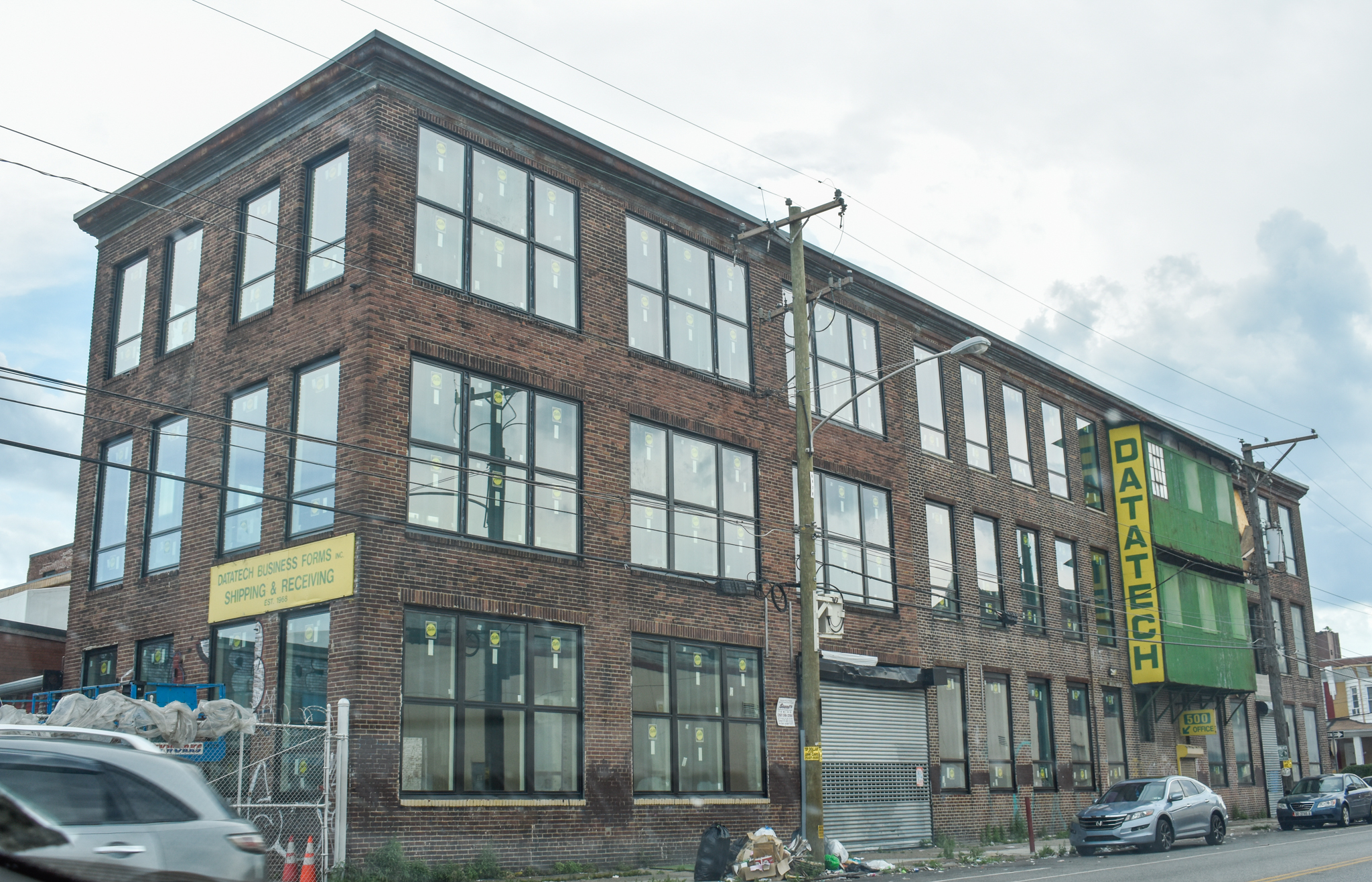 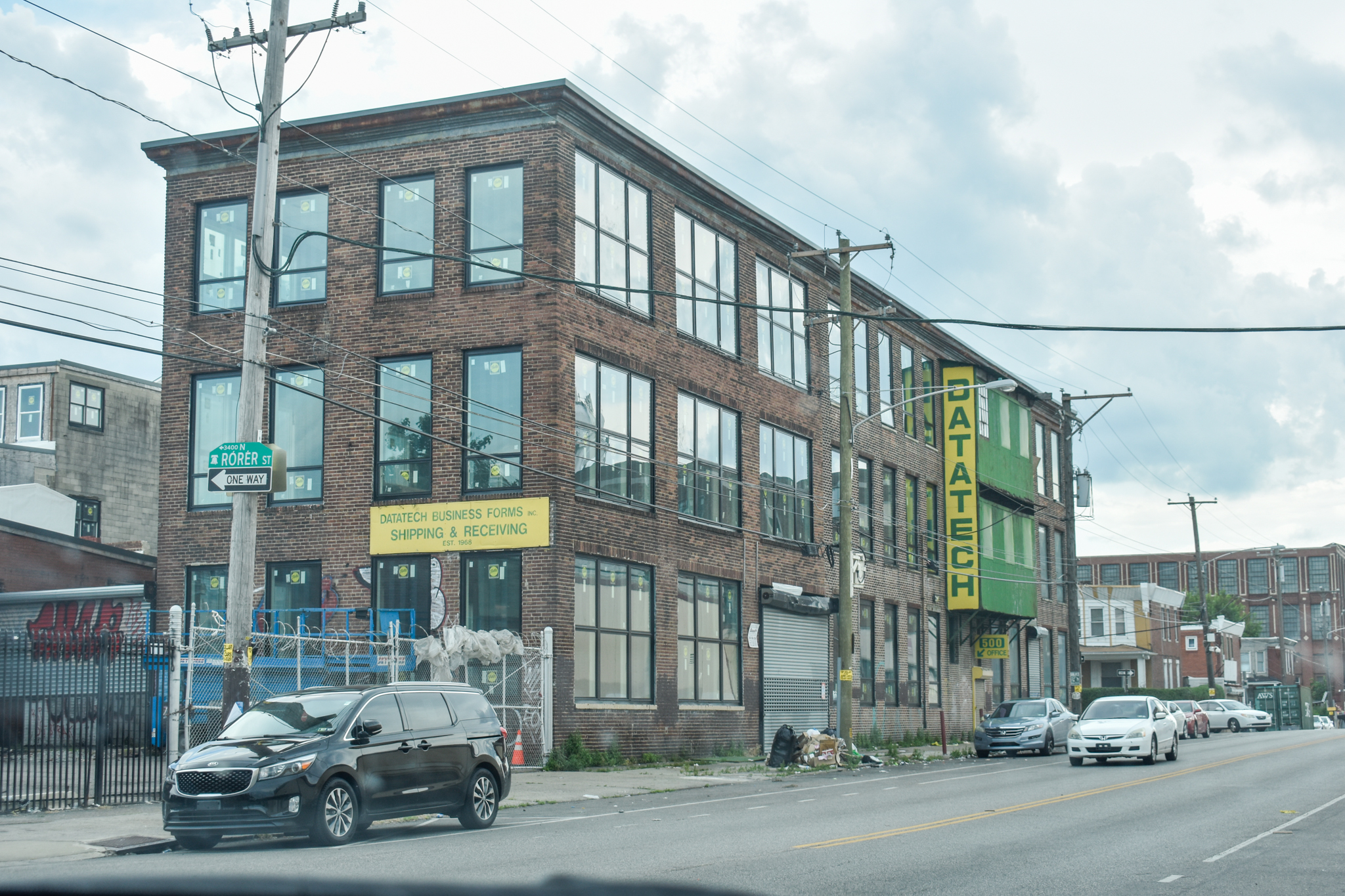 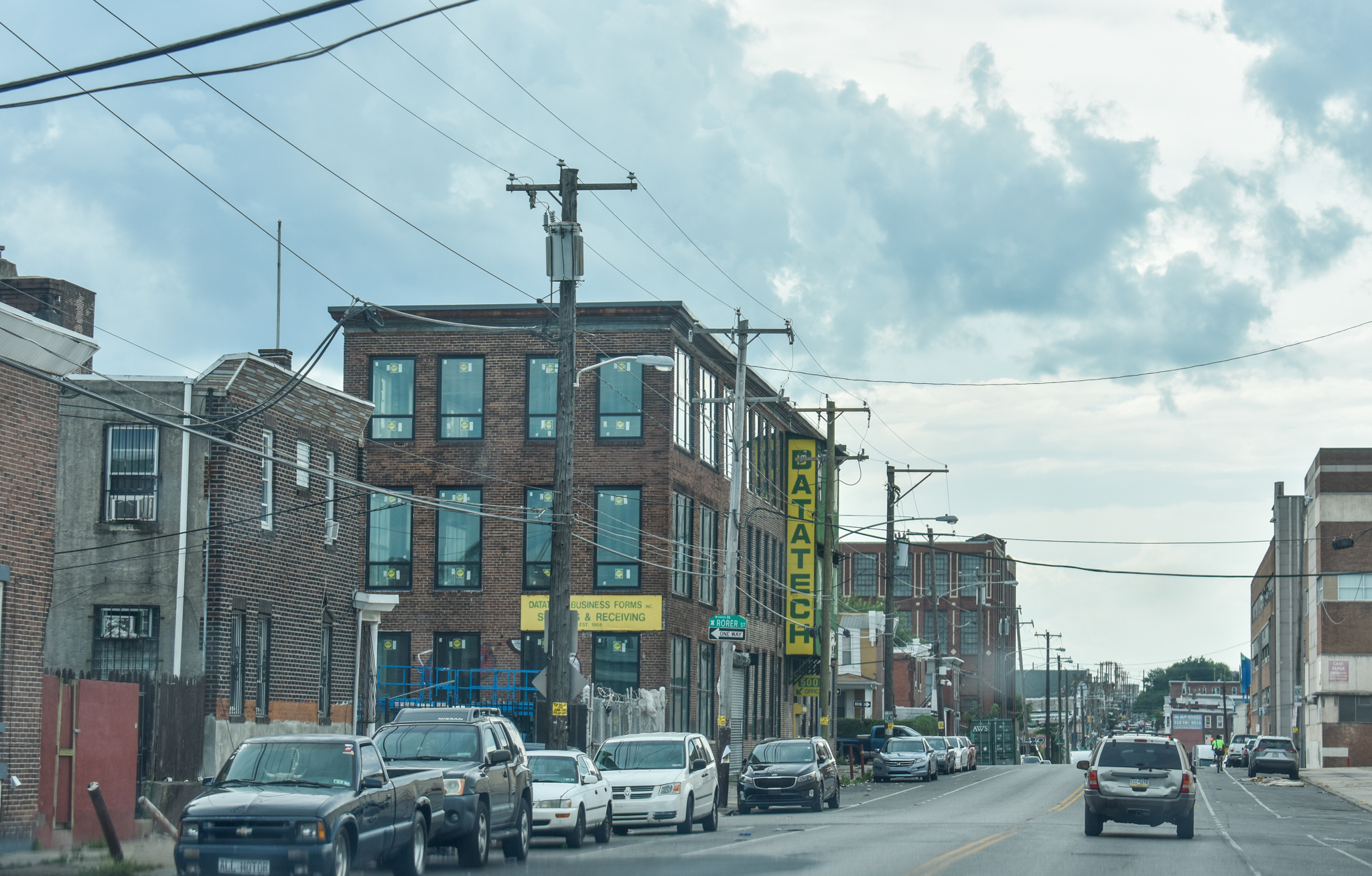 Kensington has long been an industrial powerhouse of Philadelphia, at one time one of the largest manufacturing centers in the world. As the neighborhood has hit on extremely challenging times during the postwar period, it is highly pleasant to see its massive ongoing revival, which includes not only a significant number of new residential construction, but also retains its historic role with industrial adaptive reuse projects such as the one underway at 500 East Tioga Street. We hope to see more similar development throughout the neighborhood in the future.