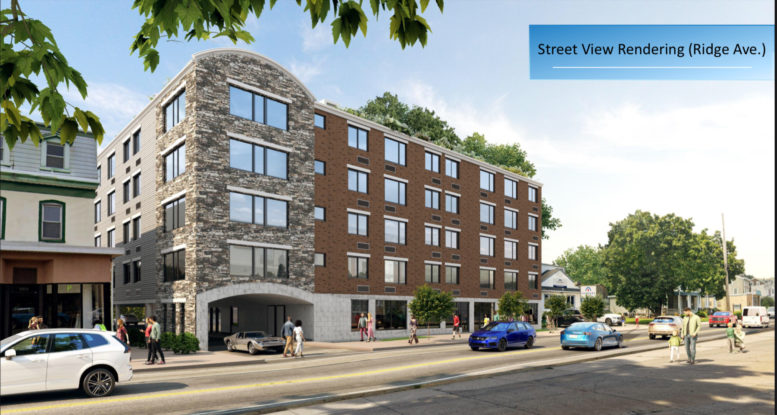 A zoning permit for lot line relocation has been issued for a five-story, 80-unit mixed-use development planned at 6808 Ridge Avenue (aka 6808-16 Ridge Avenue) in Roxborough, Northwest Philadelphia. The project will replace a pair of three-story mixed-use rowhouses on the west side of the block between Parker and Paoli avenues. Designed by Ingram Sageser Architects, the building will span 77,780 square feet and feature commercial space on the ground floor, as well as parking for 24 cars and 27 bicycles. 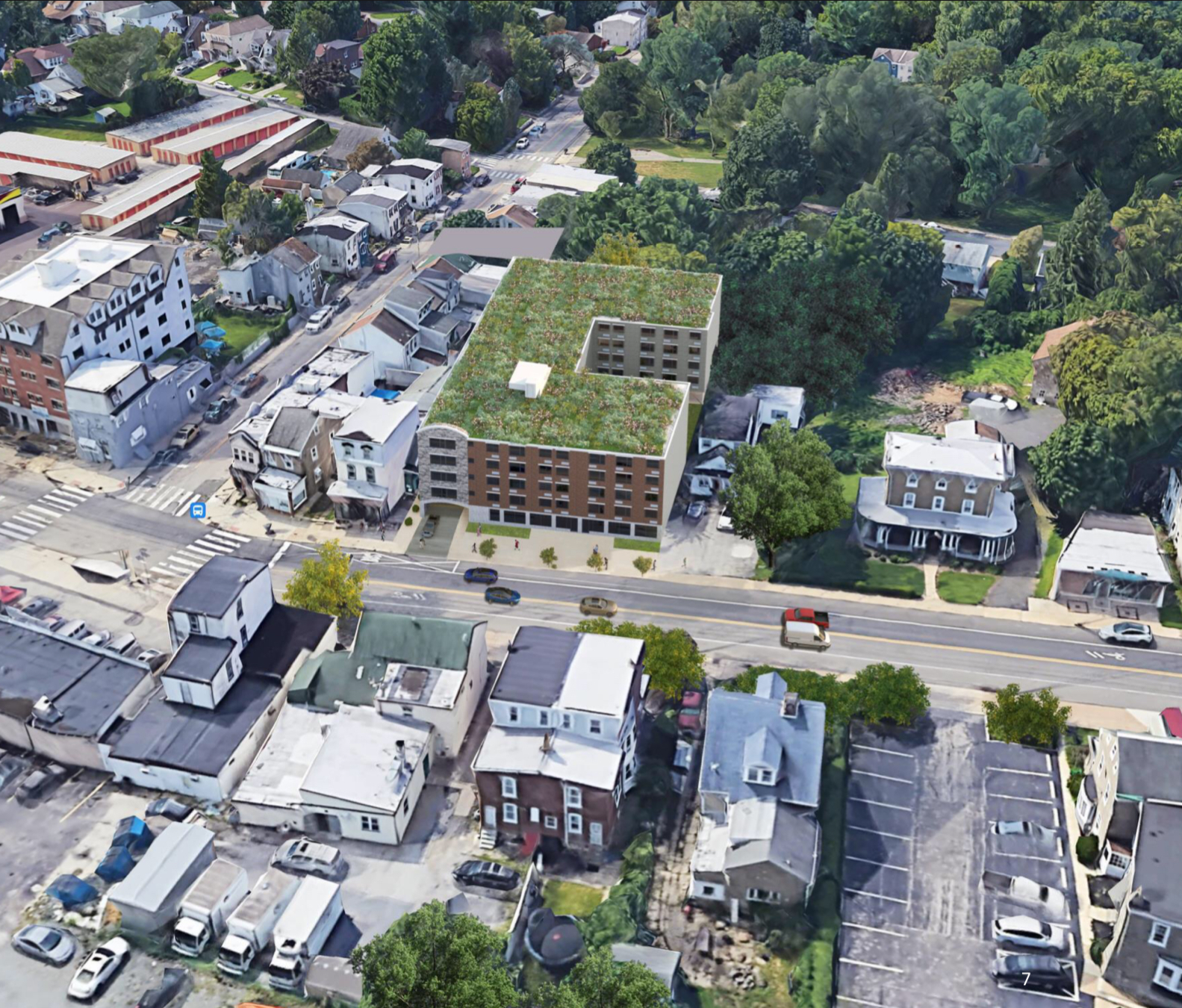 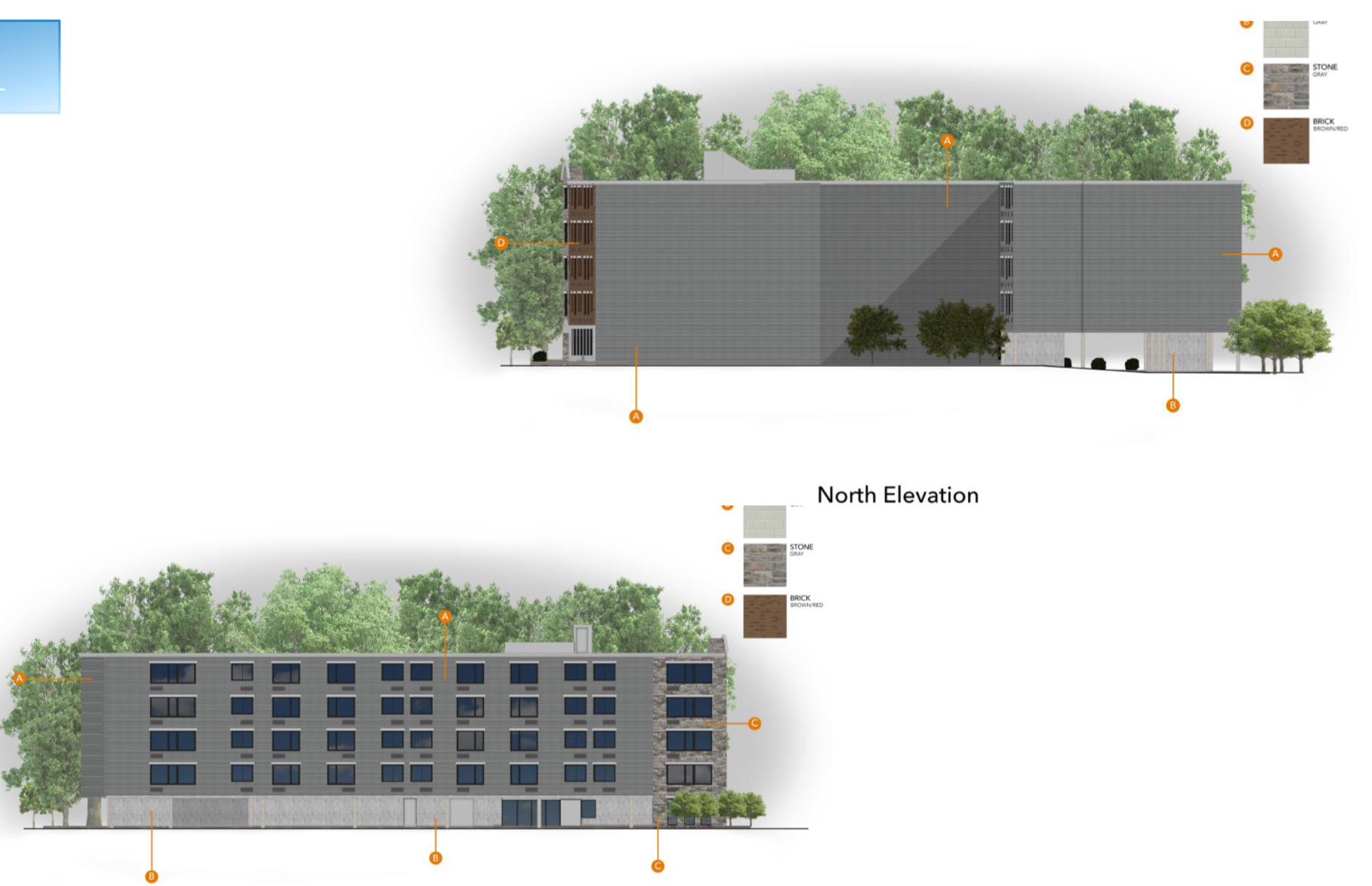 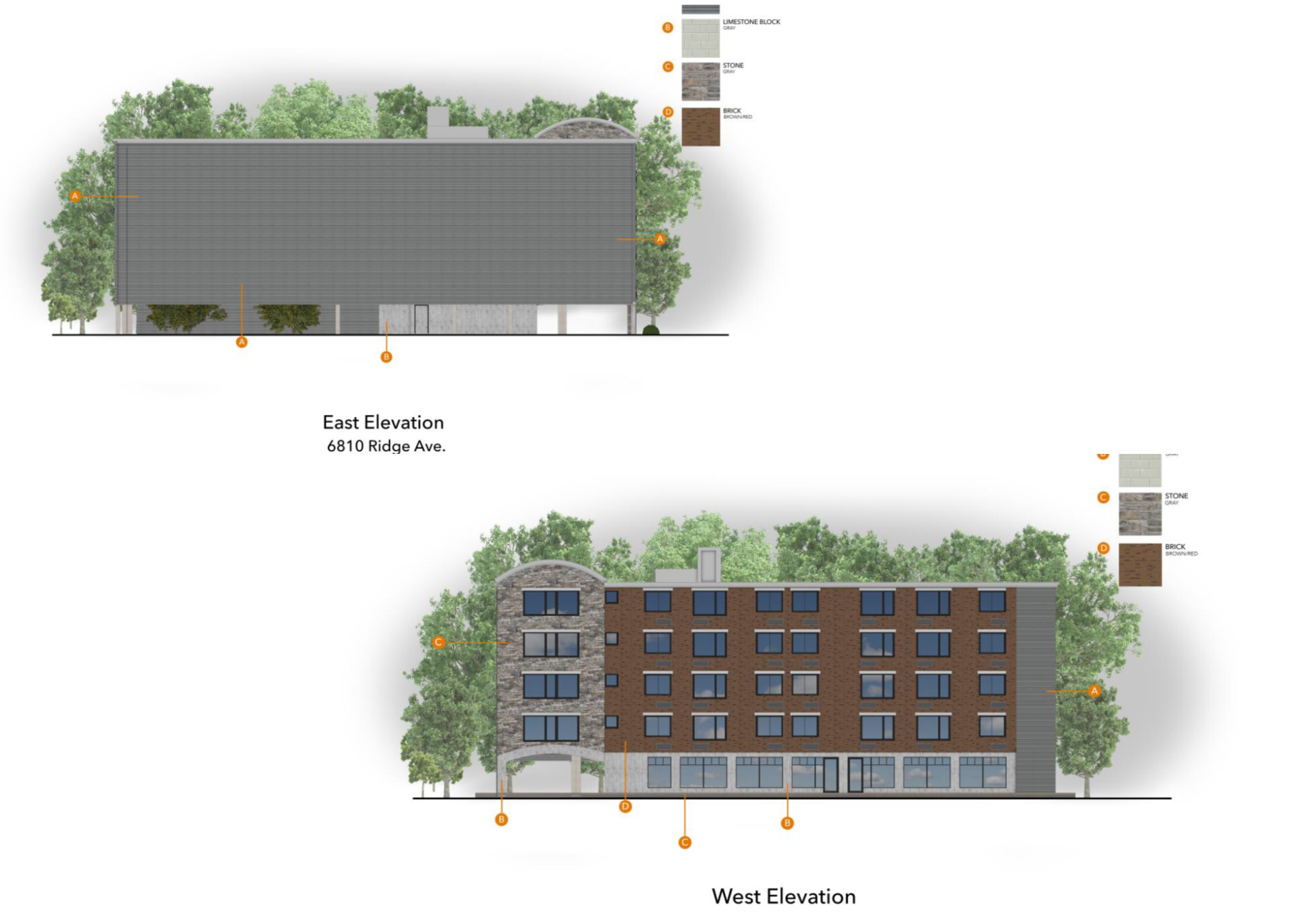 In recent years, a multitude of high-density, mid-rise apartment buildings have been constructed throughout traditionally quasi-suburban Northwest Philadelphia, with many more still under construction and on the drawing boards. As such, it is only appropriate that Ridge Avenue, one of the district’s primary thoroughfares and commercial corridors, also pivots from its current, generally car-oriented state to a more high-density, pedestrian-friendly format. The project at 6808 Ridge Avenue offers a significant contribution to this transition, replacing two low-density buildings fronted by a foreboding parking lot with a larger structure that significantly improves the pedestrian experience by offering retail that opens directly onto the sidewalk.

6808 Ridge Avenue is situated within a 20-minute walk to the southwest to the Ivy Ridge regional rail station and a similarly proximate walk to the Wissahickon Valley Park to the east. Ample shopping options are available in the immediate vicinity. The project is a great fit for the location, and we look forward to further progress on its development.