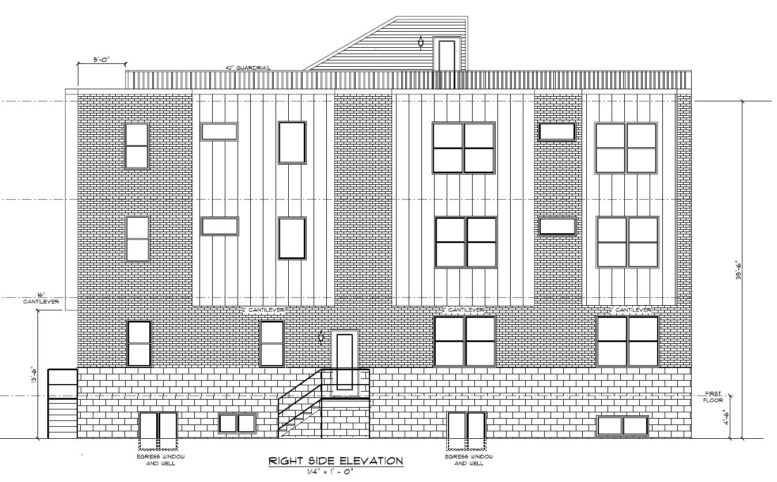 Permits have been issued for the construction of a three-story, three-unit apartment building at 2000 East Huntingdon Street in East Kensington. The structure will replace a vacant lot on the southern corner of the intersection between East Huntingdon and Emerald streets. The building will span 3,000 square feet and will feature a basement and a roof deck, the latter apparently reserved for use by the topmost unit. Permits list Paul Dietz III as the architect of record and Qazim Kupa as the contractor. The construction cost is specified at $144,000. 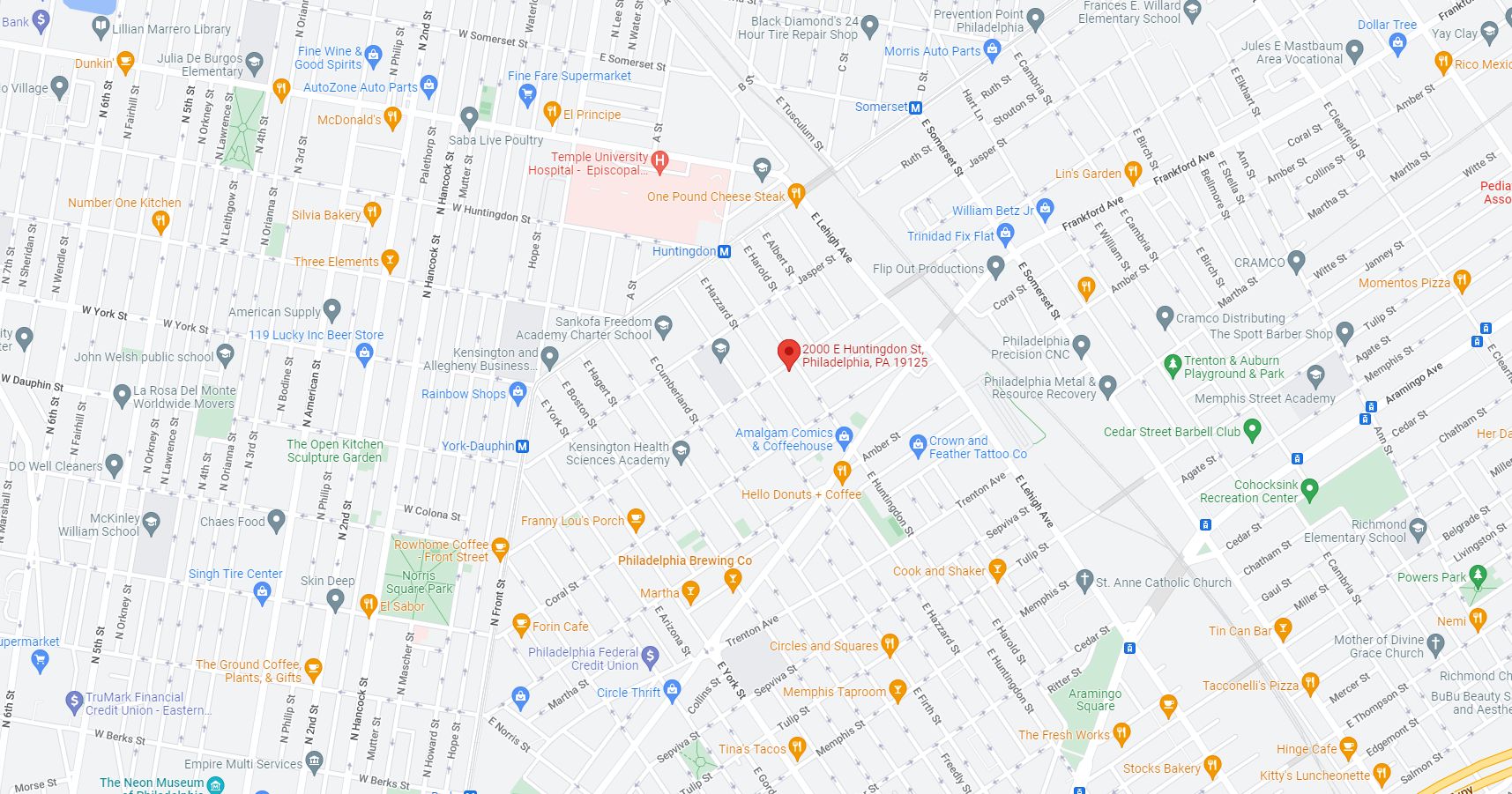 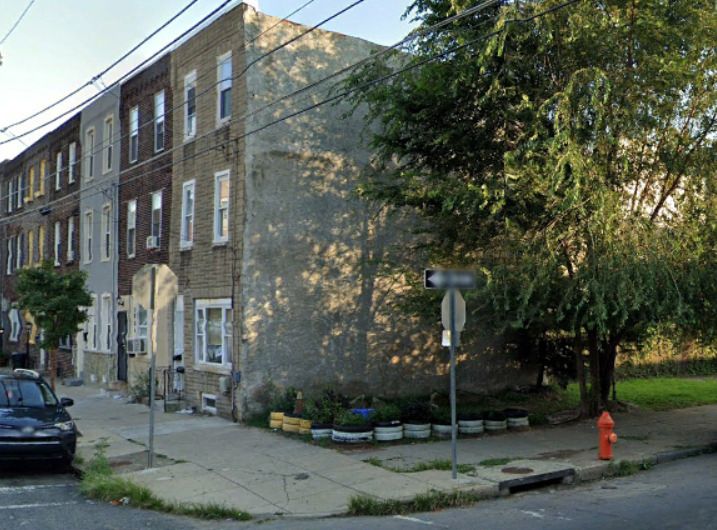 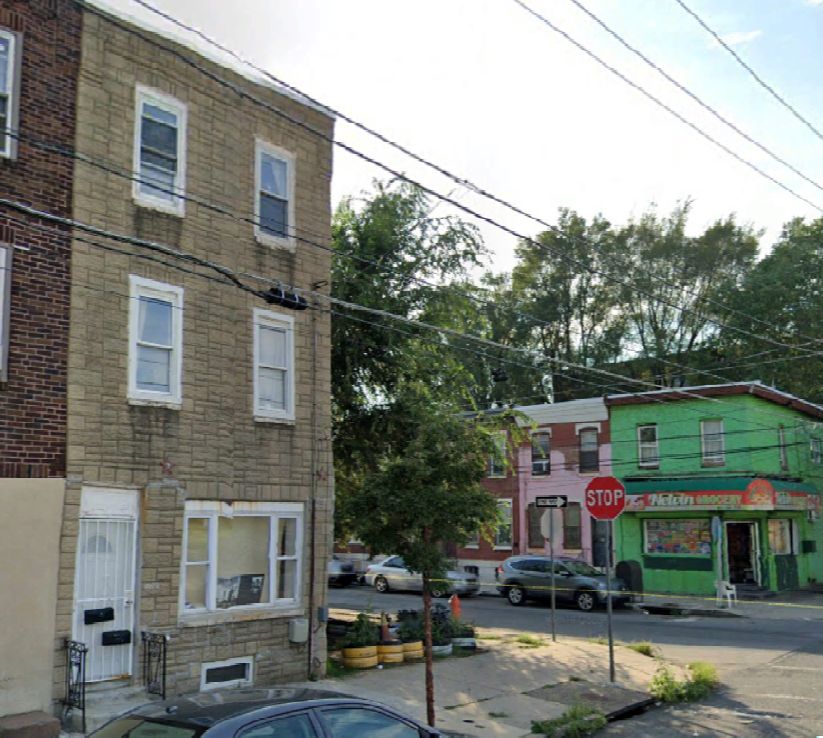 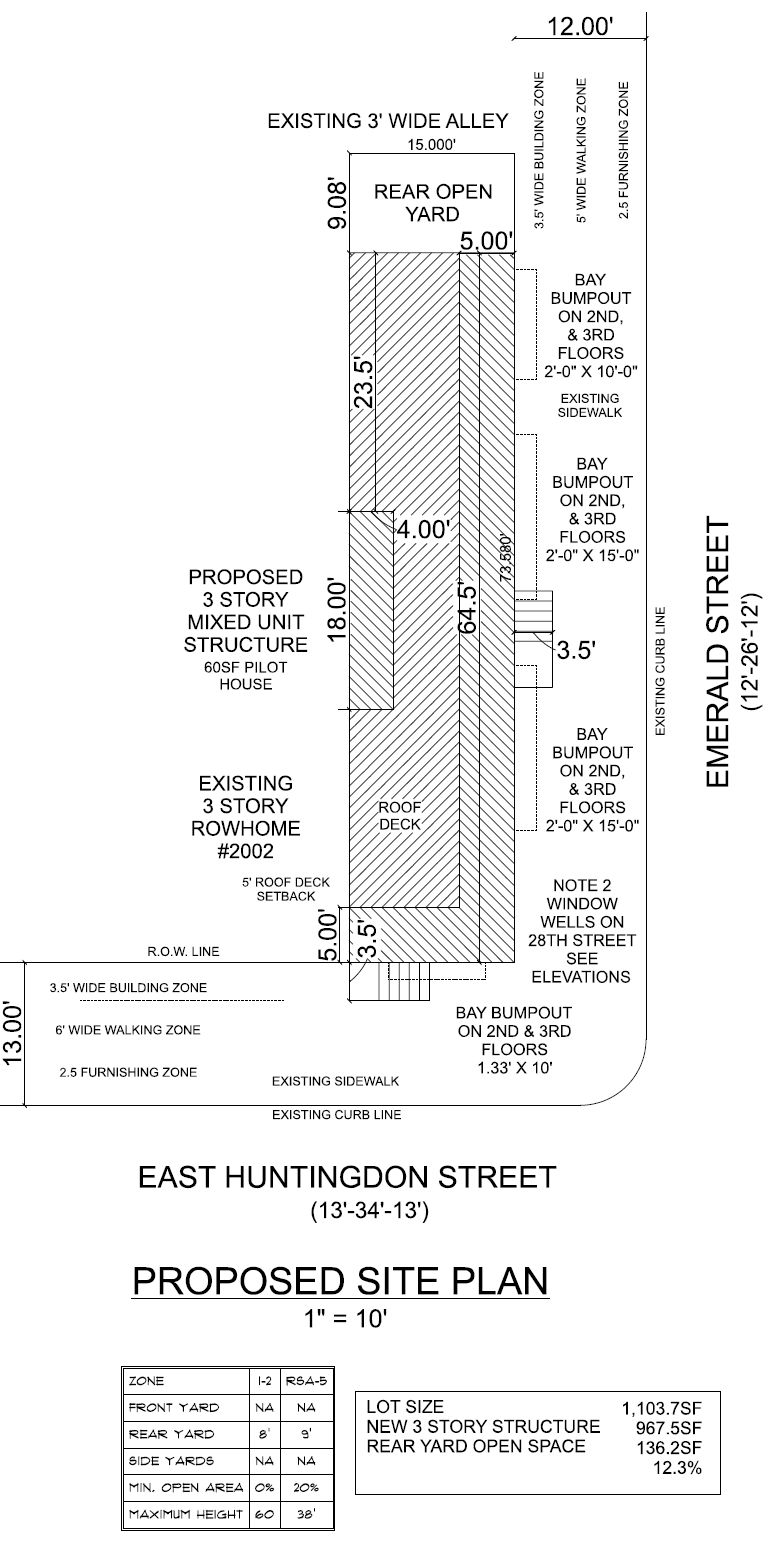 The building will measure 15 feet wide and 65 feet long, leaving space for a nine-foot-wide yard along Emerald Street. The structure will rise 36 feet to the top of the main roof and around 46 feet to the top of the pilot house. Each unit will span an entire floor and will feature nine-foot-high ceilings; the ground-floor unit will also extend into the basement, which will rise four and a half feet above the sidewalk level and will thus allow for reasonably well-illuminated bedrooms.

According to the floor plans submitted to the zoning board, the ground-floor unit (Unit A) will feature four bedrooms and three bathrooms; the second- and third-floor apartments (units B and C) will each hold two bedrooms and two bathrooms. The building’s corner location allows for windows in every bathroom, a pleasant yet, sadly, extremely rare feature in new construction in Philadelphia, where low height caps force developers to construct relatively short, bulky structures with minimal light wells and, by necessity, typically relegate bathrooms to windowless interior spaces. 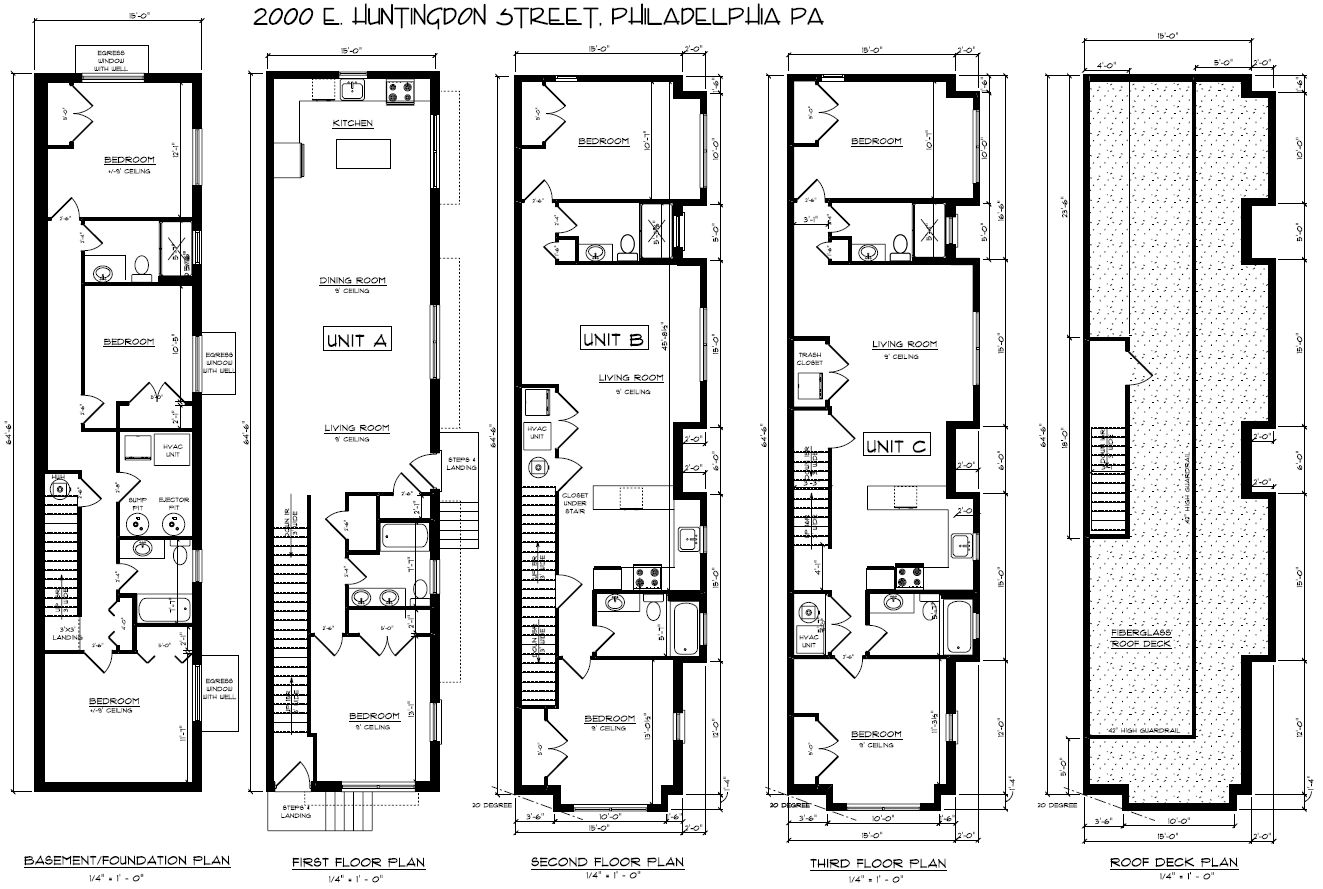 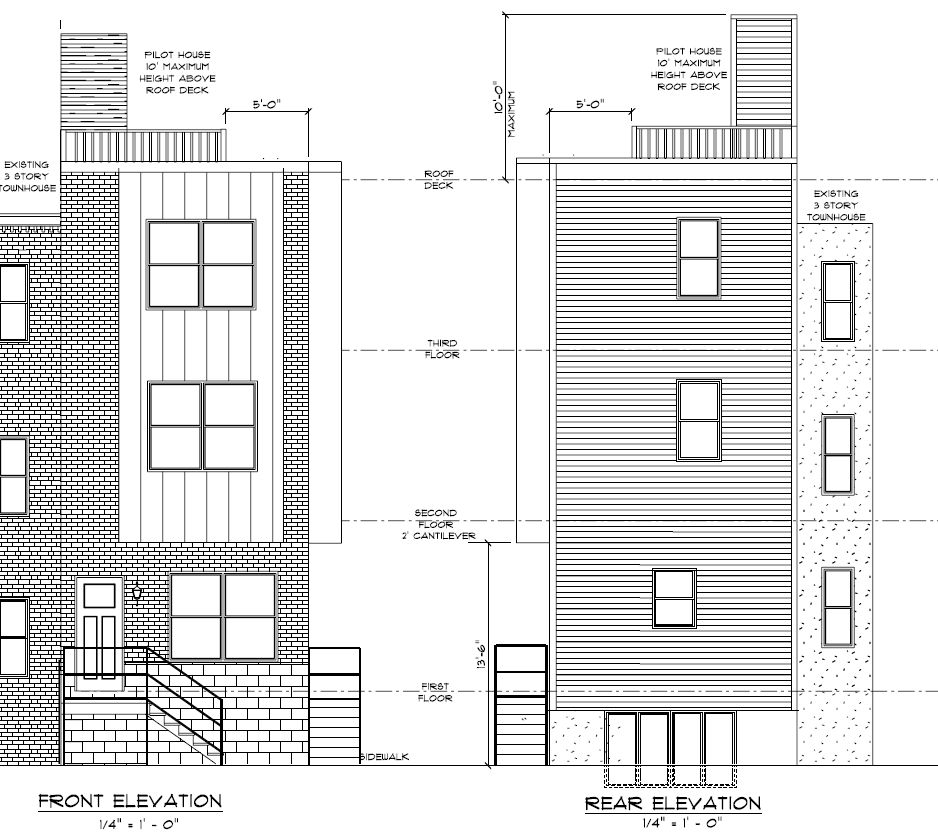 The exterior, clad in masonry (or similar material) at the base, brick on the main walls, and vertical panels on the cantilevers, promises to be rather conventional yet reasonably well-suited to the block that consists predominantly of prewar rowhouses.

2000 East Huntingdon Street is a minor yet well-designed (particularly in terms of interior layouts) structure that will be a positive addition to a rapidly developing neighborhood. The site is situated across the street of Emerald Lofts, a four-story, two-building development that was recently completed at 2601-15 Emerald Street.

The site sits two blocks southeast of the Huntingdon Station on the Market-Frankford Line.