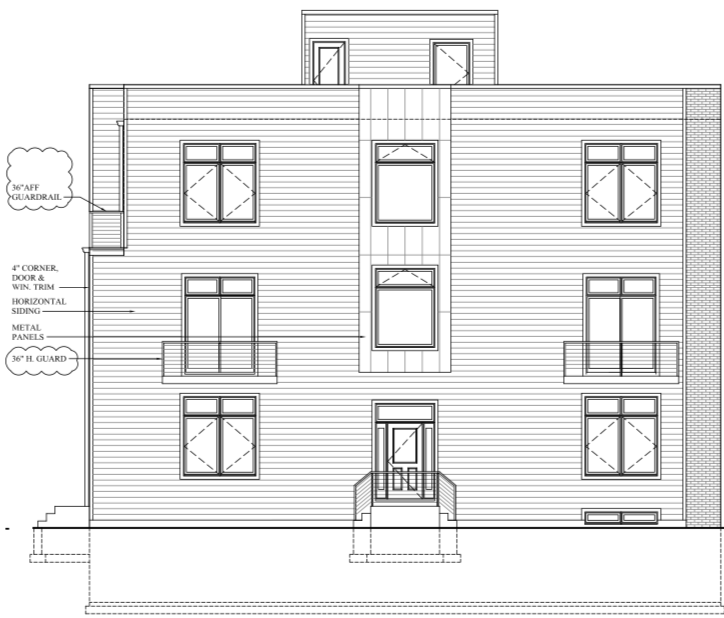 Permits have been issued for the construction of a three-story single-family residential building at 42 Good Street in West Mount Airy, Northwest Philadelphia. The development will replace a vacant lot located on the center of the block between Good Street and West Sharpnack Street and Berdan Street. Designed by MC Architectural and developed by,  the building will span 2,491 square feet and will feature a roof deck. Permits list David Elmaliah as the contractor and the construction cost is $439,000. 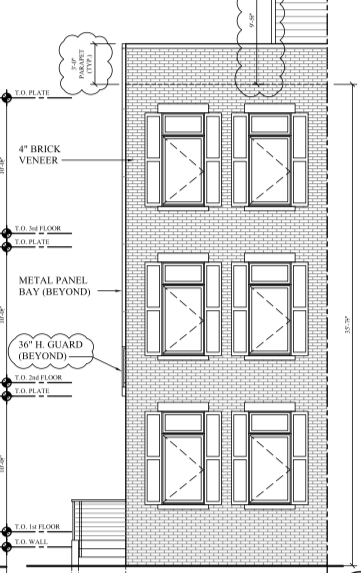 The project site is a parcel spanning an area go 1,356 square feet. The project proposal includes the construction of a new three-story single family residence in wood-frame. The residence will feature an attached structure on reinforced concrete foundation with rear egress well and roof deck. Landscaped open area spanning 661 square feet will be developed on the site.

Renderings reveal a facade designed in horizontal sidings, brick veneers, and metal panels. The building facade will rise to a height of 36 feet. 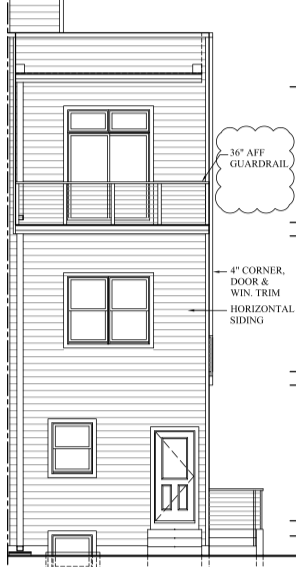 The permits have been issued, however, the estimated construction timeline has not been announced yet.

The project site is located in a residential neighborhood with many single-family homes under construction. The area is a walk-friendly neighborhood, with plenty of grocery stores, retail stores, parks, and other recreational spaces. The area is serviced by bus line L, H, 18, and 23.