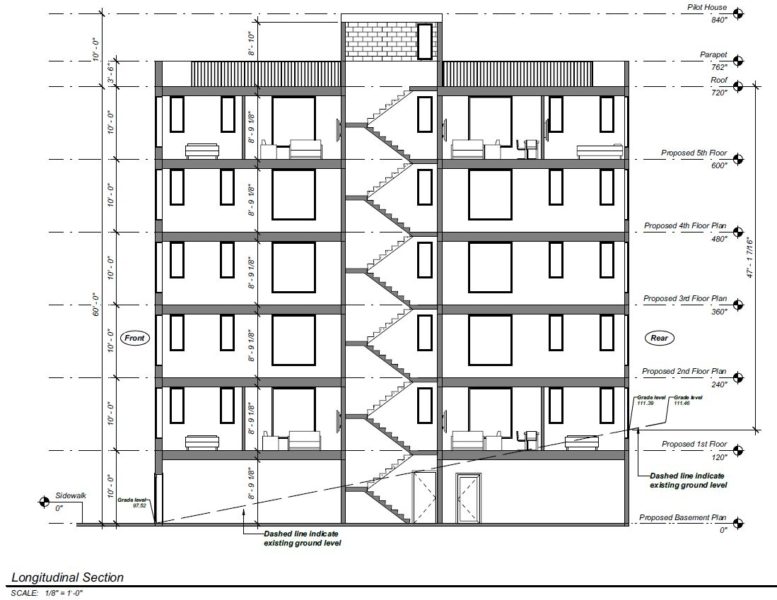 Permits have been issued for the construction of a six-story, twenty-unit apartment building at 3308 Fairmount Avenue (full address 3308-12 Fairmount Avenue) in Mantua, West Philadelphia. The development will rise on the south side of the block between Mantua Avenue and North 34th Street. Designed by Haverford Square Designs, the structure will span 15,124 square feet and will feature elevator service, roof decks, and parking for three cars and four bicycles. Permits list Haverford Sq GC as the general contractor. 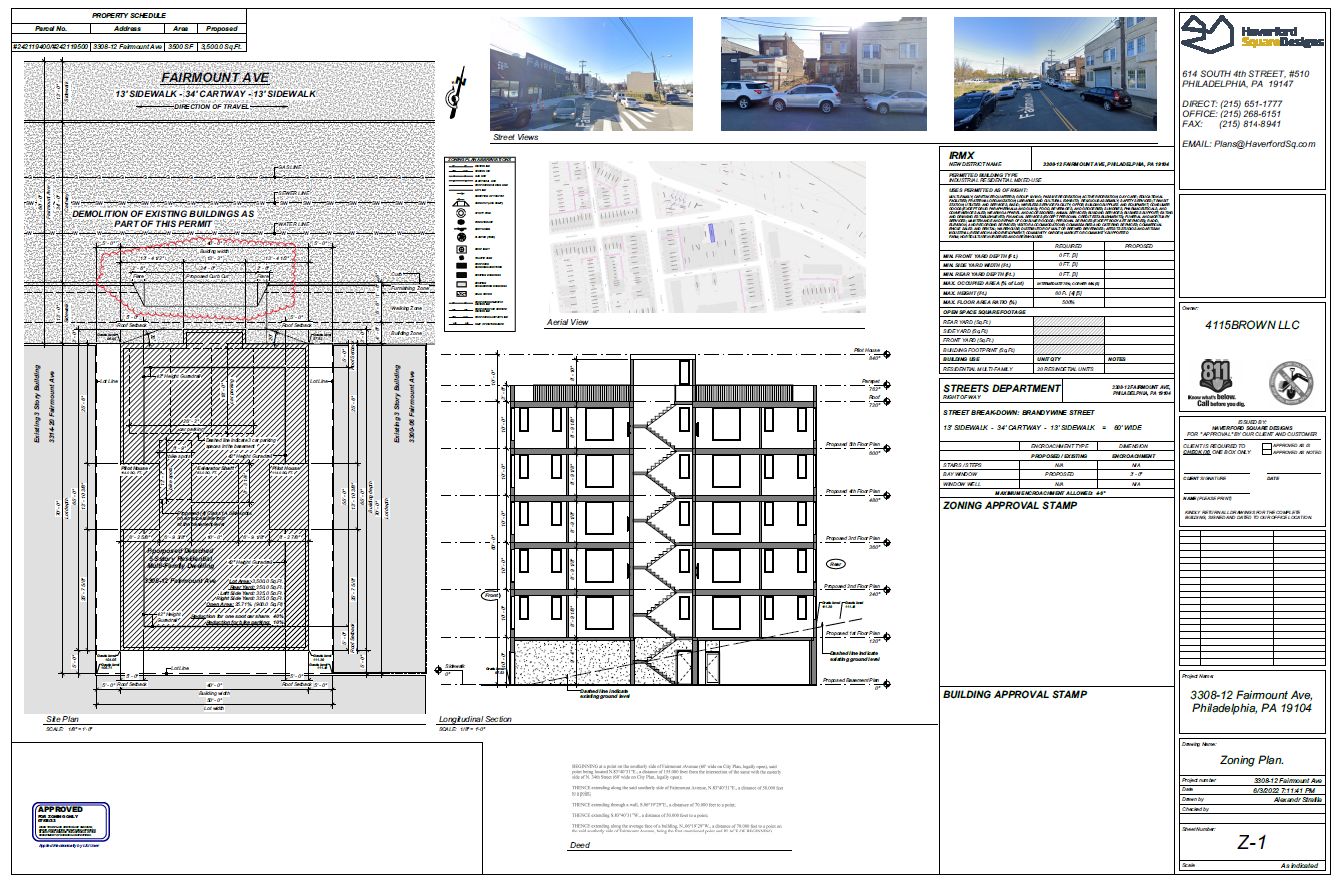 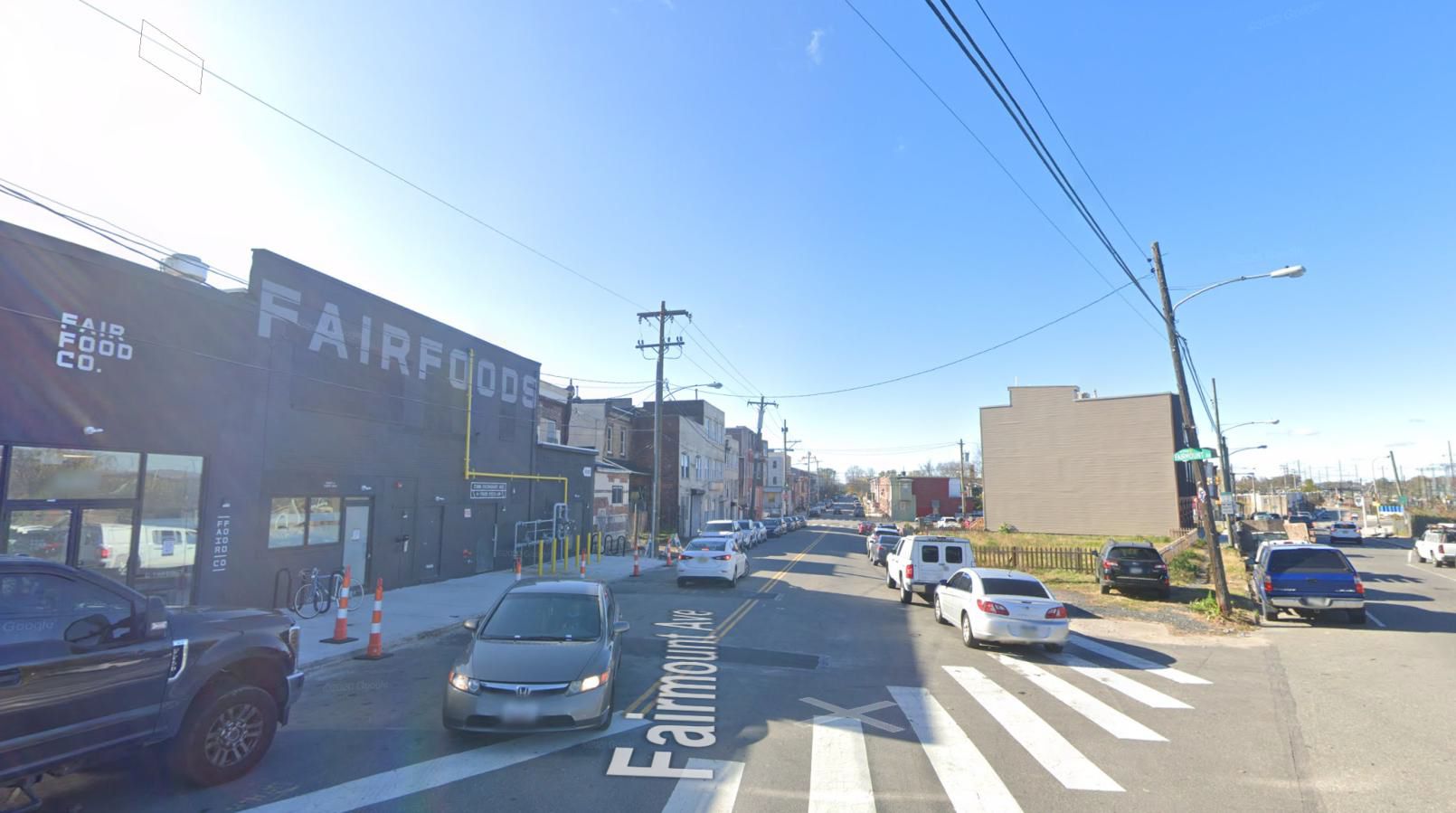 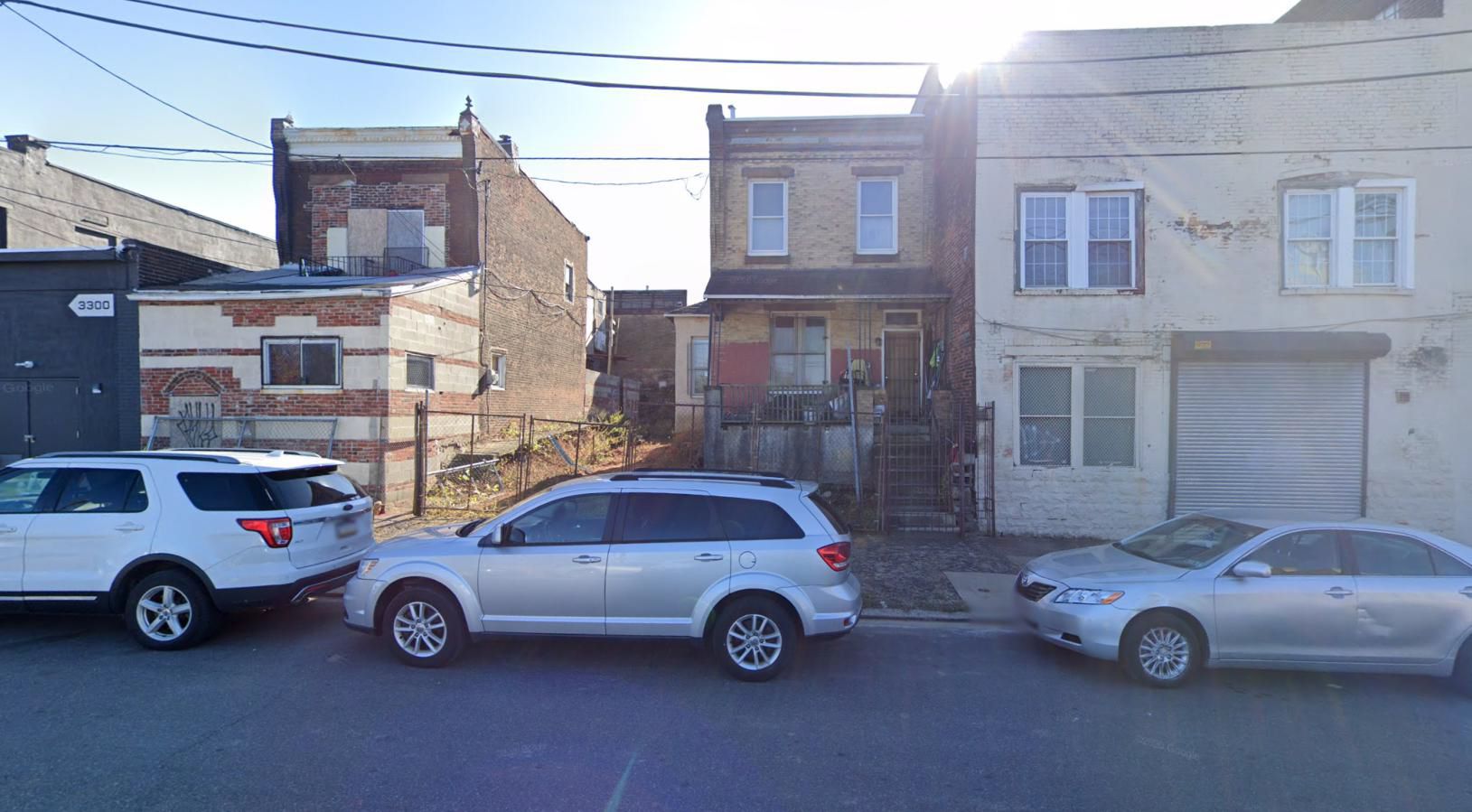 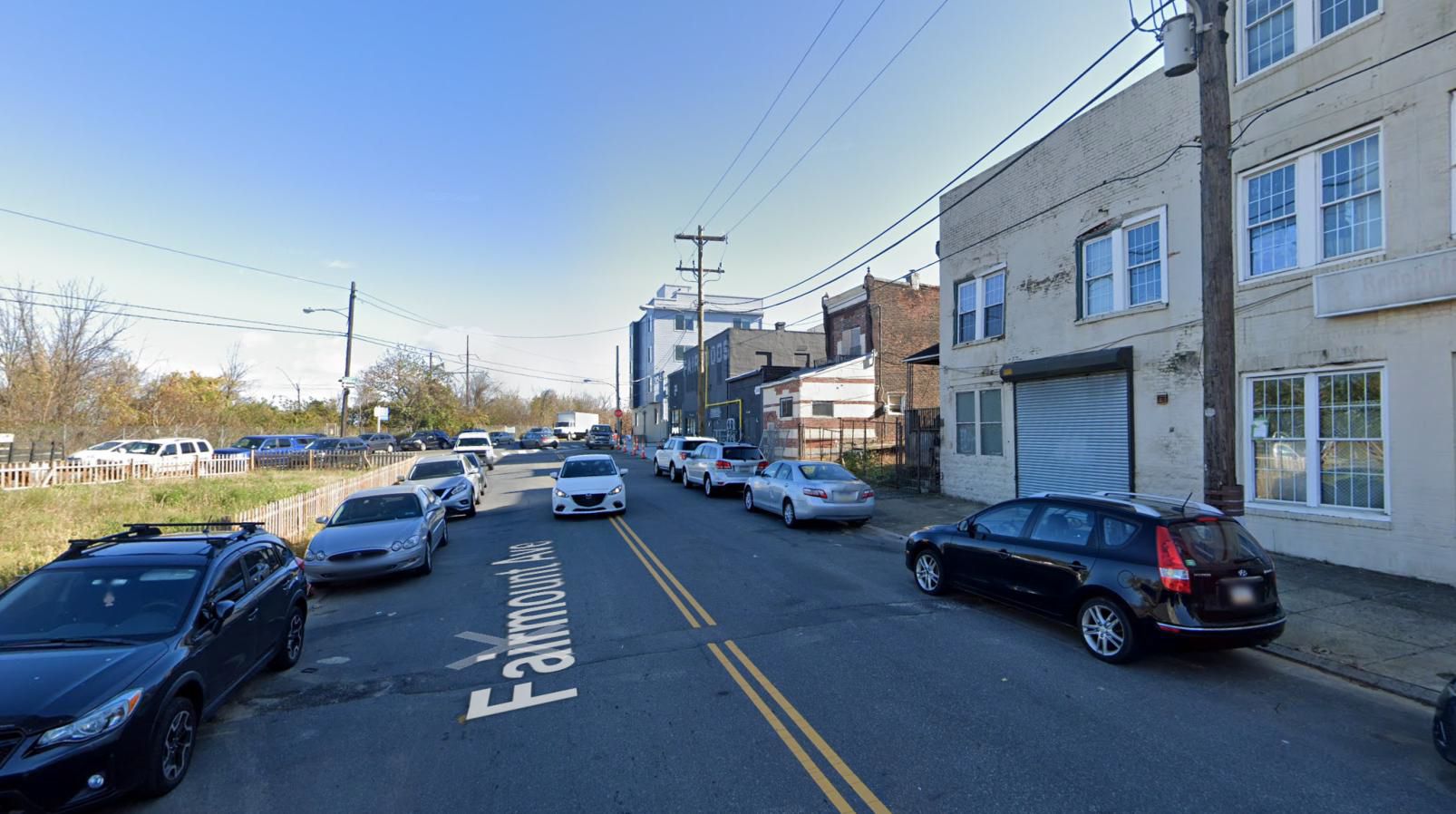 Although the view to the north will be partially obscured by a recently constructed three-story townhouse development, given the proximity of the railroad cut and the river beyond will bestow residents, particularly those on the upper floors, with sweeping vistas that will span the telecommunications tower array in Roxborough, the Temple University area skyline, and more. The roof decks also promise dramatic views of the Center City and University City skylines to the south. 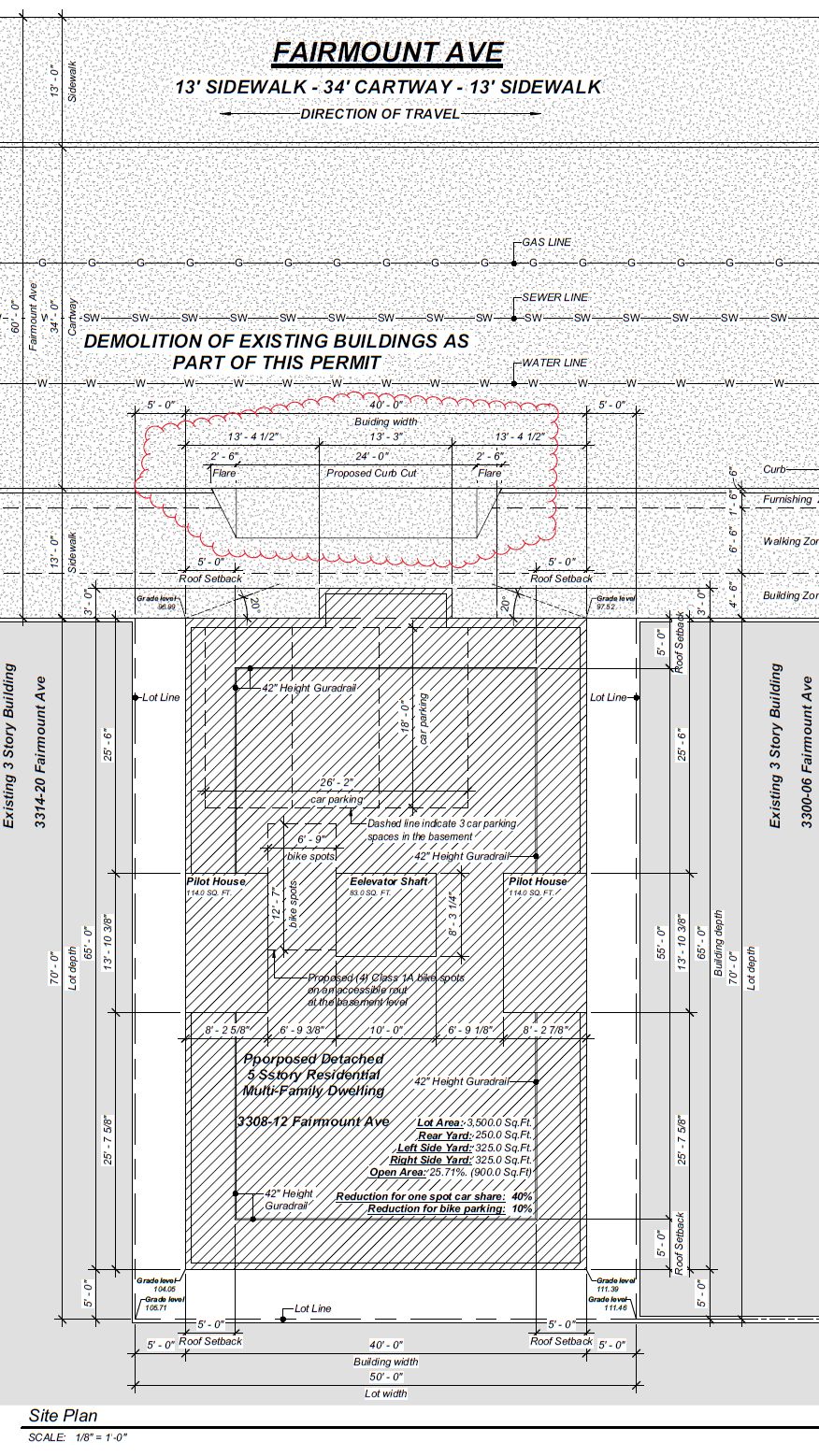 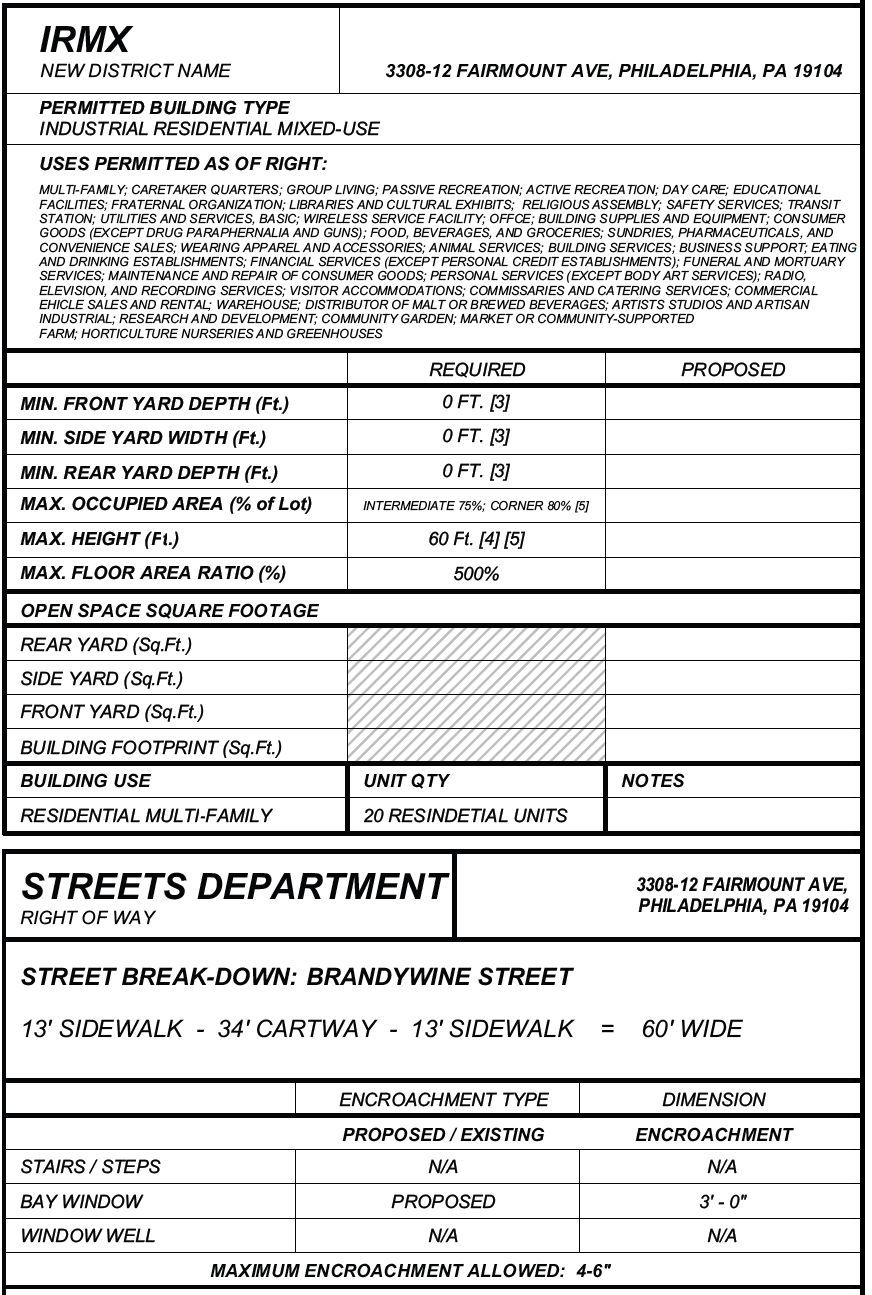 While relatively great in height, the building will not be a lone stand-out: a development with a very similar height and a four-and-a-half-times-greater unit count (90 apartments) is underway next door to the west at 3314 Fairmount Avenue.

Fueled by a construction boom in University City, neighborhoods throughout eastern West Philadelphia have seen a surge in development demand over the past decade. 3308 and 3314 Fairmount Avenue are just two of many projects that have been transforming Mantua’s northeast corner over the past few years. The site sits within a ten-minute walk to the north of the Drexel University campus.

While it is exciting to see a major revival in this long-forgotten (by developers) corner of West Philly, the area remains rather far removed from major transportation links, even though a major trunk line of the regional rail bifurcates just to the north, on the opposite side of Mantua Avenue. As such, we support the initiative of adding a regional rail station at the junction; such a station would not only dramatically improve the transit capacity of Mantua and adjacent neighborhoods, but would also create a direct transit link between the adjacent Philadelphia Zoo and the entire surrounding metropolitan region.