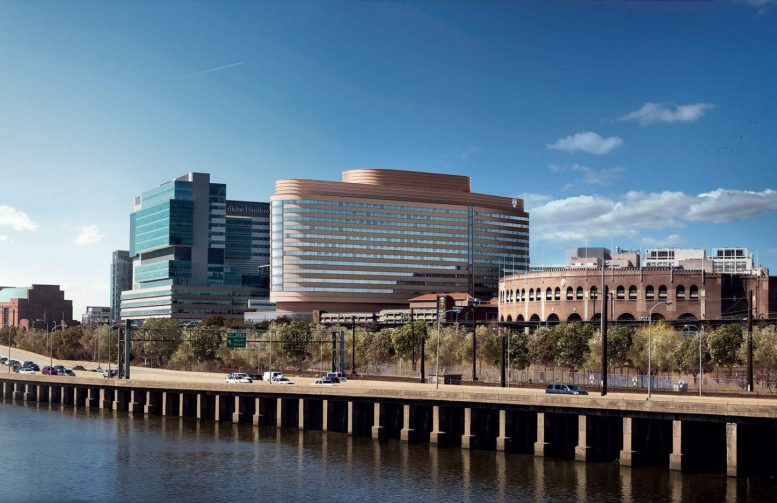 Over the past three years, a massive structure has risen at 300 South 33rd Street, making a impact on the hospital district in University City. The 17-story Pavilion rises to a height of 343 feet with 500 rooms added to Penn Medicine. The 1.5 million-square-foot building has a similar square footage and same architect (Foster and Partners) as the tallest skyscraper in Philadelphia, the Comcast Technology Center. 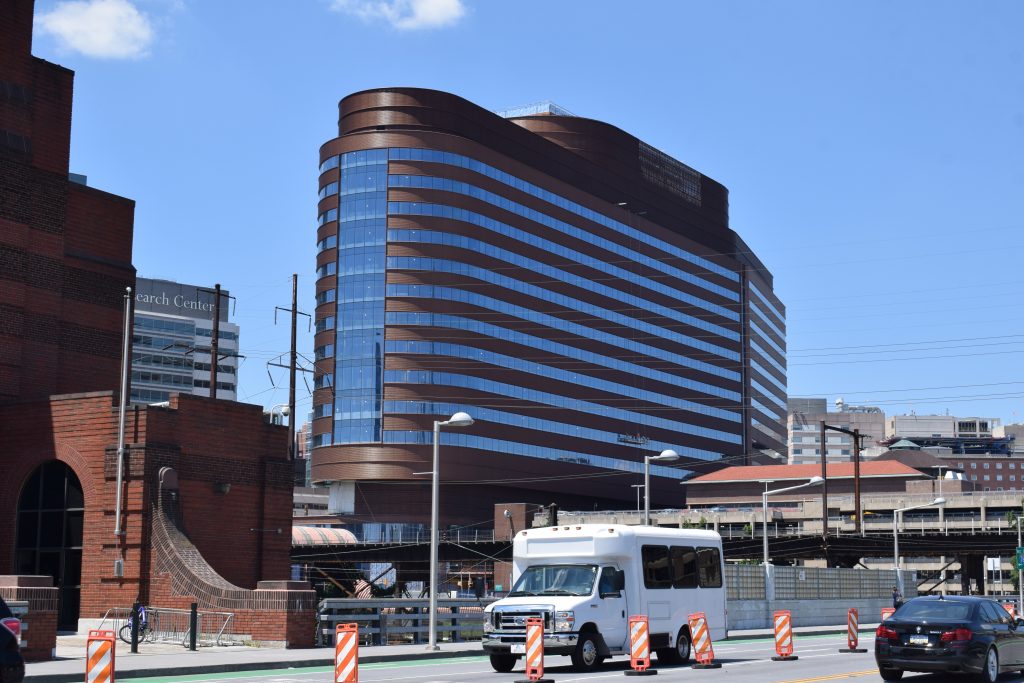 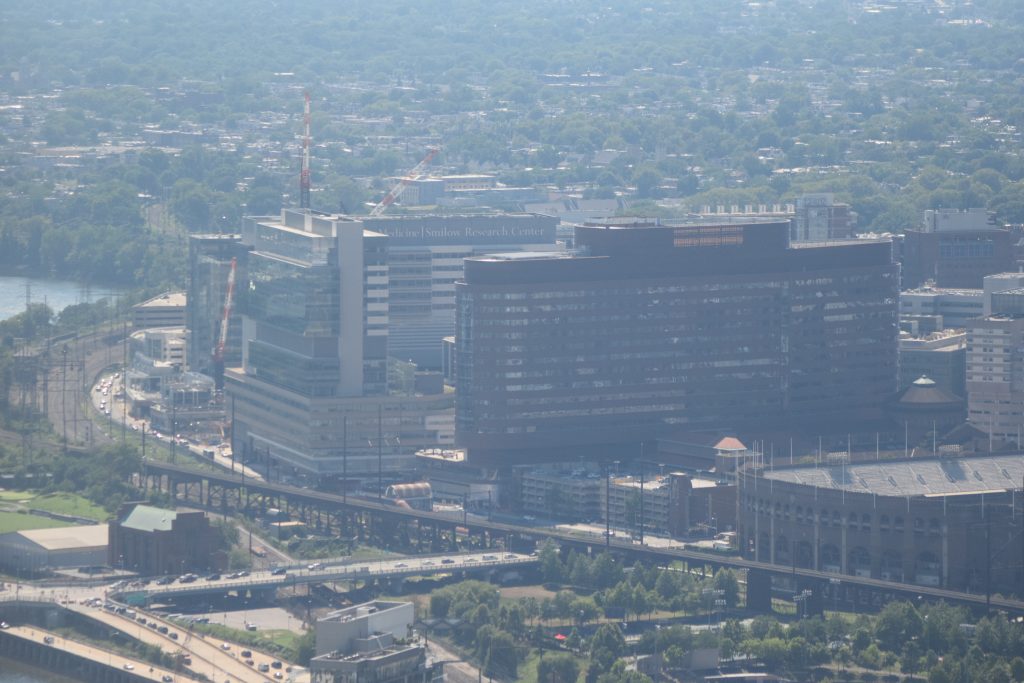 Pavilion from One Liberty Place. Photo by Thomas Koloski 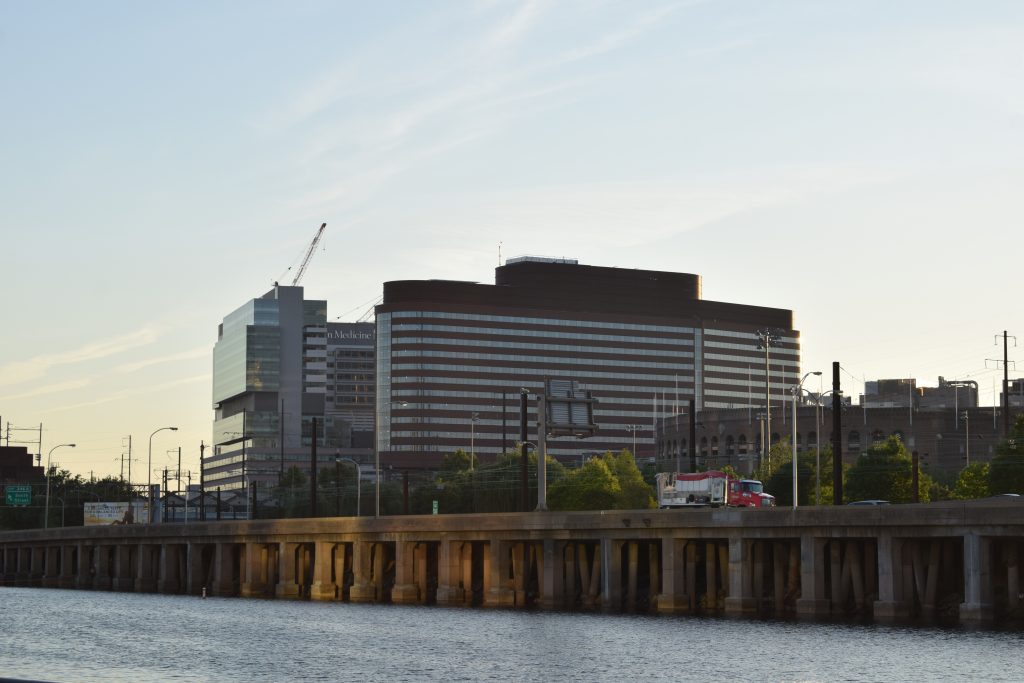 The building started to rise out of the ground in February 2018 when massive beams were placed in the foundation to erect the all-steel structure. The round crown was finished at the end of June 2019 with the cladding quickly rising on the hospital floors. Both of the red cranes that were on each side of the elongated structure was taken down by December 2019 with the facade working its way around the top and the crown preparing for cladding installation. Now, cladding is nearly done and the interior work is inching its way towards completion.

This building has a very unique shape, where the east and west faces end with curves that will soon have a lighting feature. The north and south facades each have one face longer with one face shorter, forming an obtuse on each side that meet at the “noses”. The shape is then pushed in to a smaller form popping out of the top of the building concealing lighting and mechanical equipment. The round crown of that section will be illuminated and will feature the Penn Medicine logos.

The building is scheduled for completion in early 2021.