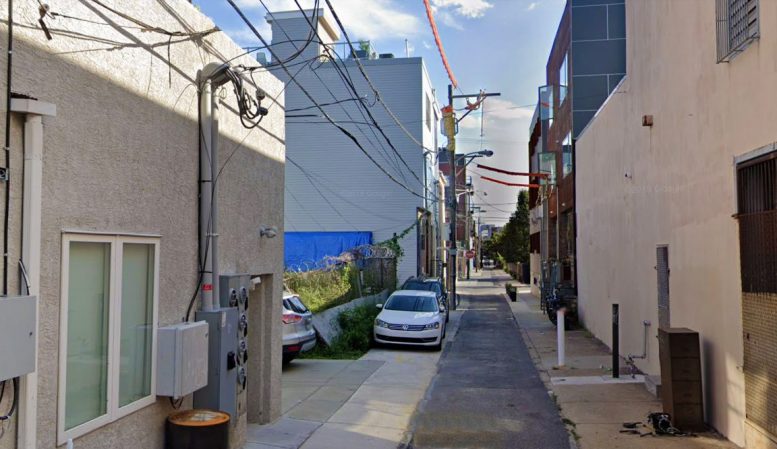 A zoning permit has been filed for the construction of a new building at 1309 Hope Street near the western boundary of Fishtown in Kensington. The permit describes the proposal as an attached structure with a roof deck and a pilot house (a bulkhead). Hope and Front Associates is the listed owner.

The property, currently a vacant lot enclosed by a barbed-wire chain-link fence, sits on the east side of the absurdly narrow Hope Street, which measures only around 19 feet wide. Buildings that go up directly to the sidewalk further accentuate a sense of tight enclosure.

The street, with a roughly seven-foot-wide roadway and six-foot-wide sidewalks, may present challenges for construction and staging logistics, but the obstacle has been overcome before, both many years ago upon the street’s original build-out and in the past five or so years, when several new three- to five-story structures rose up and down the block. 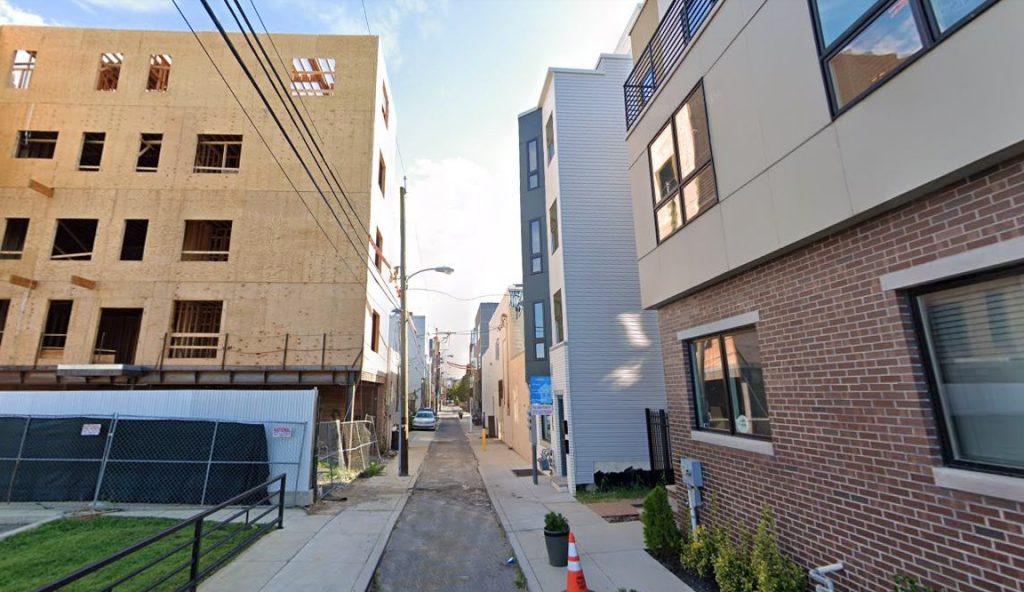 Though the block has already seen a wave of new development, there is further hope for continued progress. The block sits on the western fringe of Fishtown, a block west of the retail and dining strip at North Front Street. A block to the south, SEPTA’s Girard station offers a short commute to Center City and beyond, while the trolley presents a connection to the nearby Temple University area.

In another instance of the neighborhood’s ongoing renaissance, permits were recently filed for the construction of a mid-rise building at 1350 North Front Street at the north end of the block.

Be the first to comment on "Permits Filed at 1309 Hope Street in Fishtown, Kensington"