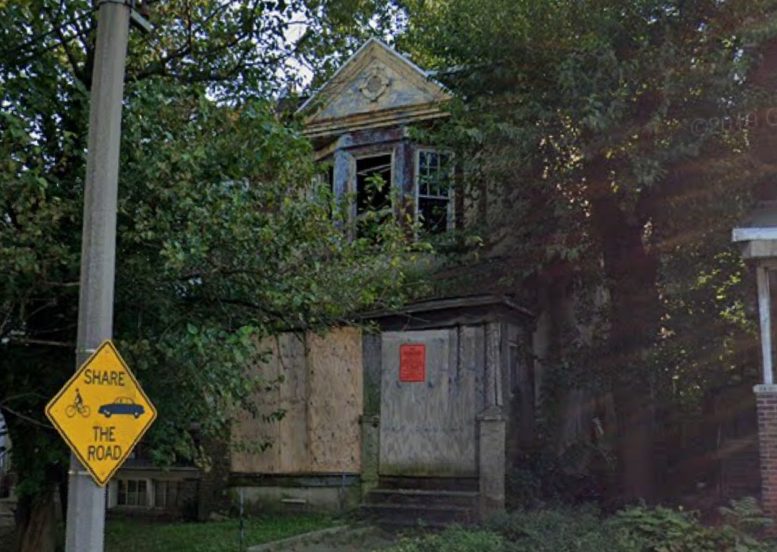 Permits have been filed for the demolition of a vacant two-story prewar building located at 1508 South 58th Street in Kingsessing, Southwest Philadelphia. The former single-family dwelling, located between Pentridge Street and Willows Avenue, will be torn down as part of the City of Philadelphia Demolition Program. The cost of the demolition work for the 1,200-square-foot structure is $19,700. The property is owned by Nicole Lockley Lachaun and Pedro Palmer Construction Inc. is the listed contractor.

The structure shows its age with its deterioration, which is an unfortunate state for such an ornate building. The work will also include the application of stucco on the soon-to-be-exposed wall at a similarly-styled building next door at 1510 South 58th Street, as well as an erosion control mat with seed on lot and replacement of the front sidewalk.

The entire block across the street to the northwest of the property is occupied by the W.C. Longstreth Elementary School located at 5700 Wilows Avenue. The predominantly residential neighborhood features a few small businesses such as grocery stores and laundromats. A block to the southwest sits the 851-acre Cobbs Creek Park, which runs along the city’s western edge around the eponymous creek.

Be the first to comment on "Demolition Permits Filed for 1508 South 58th Street in Kingsessing, Southwest Philadelphia"