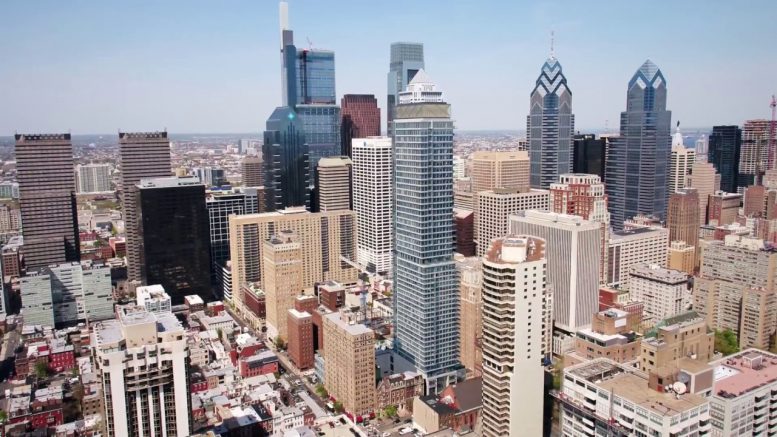 Rendering of The Laurel, rendering by Southern Land Company

Recent photos show that the superstructure has only risen three floors since the last YIMBY update in early August, and now stands six stories high. However, progress should speed up once the structurally challenging portion at the cantilever is completed. 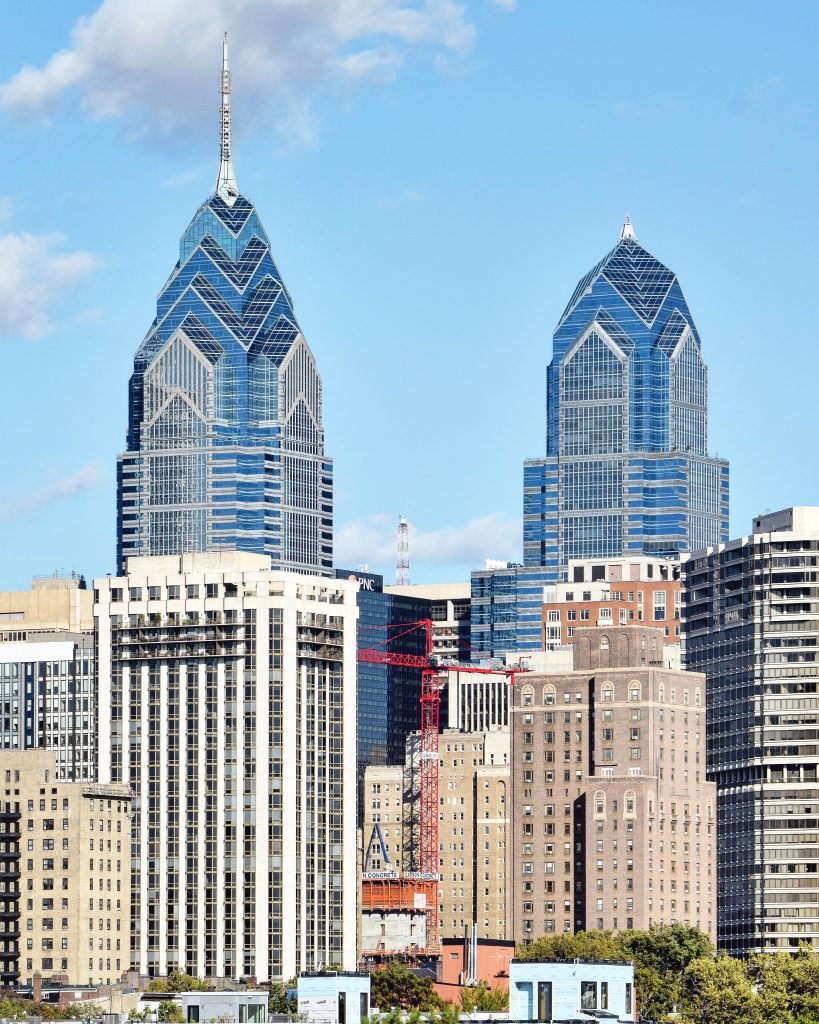 The Laurel Rittenhouse front and center with Liberty Place. Photo by Thomas Koloski

The superstructure currently stands above the base levels and the amenity level, with concrete already poured for two residential floors. The three-story podium that will house an Equinox Gym inside has started construction next to the main tower. The core currently rises four floors above the residential floors, prominently visible from the Walt Whitman Bridge and the South Street Bridge. 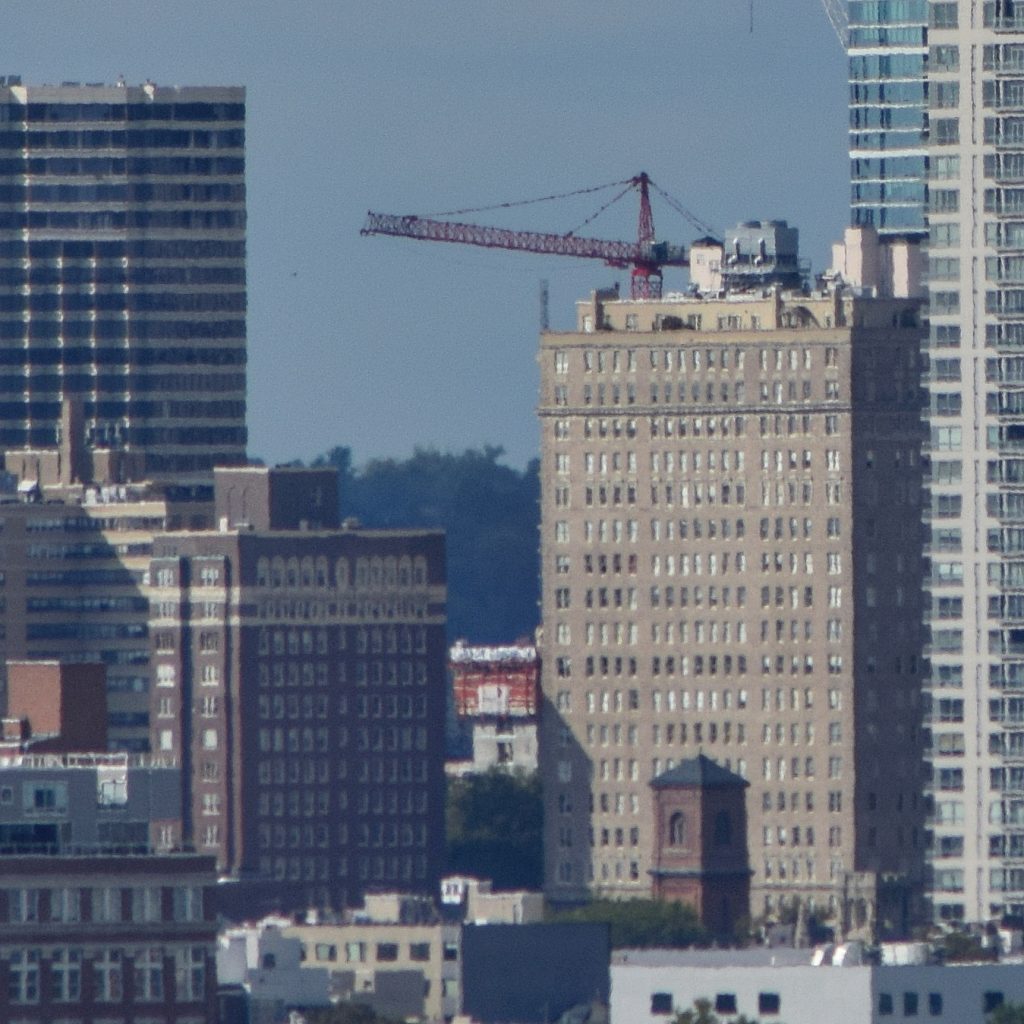 The Laurel Rittenhouse core and crane from the Walt Whitman Bridge. Photo by Thomas Koloski 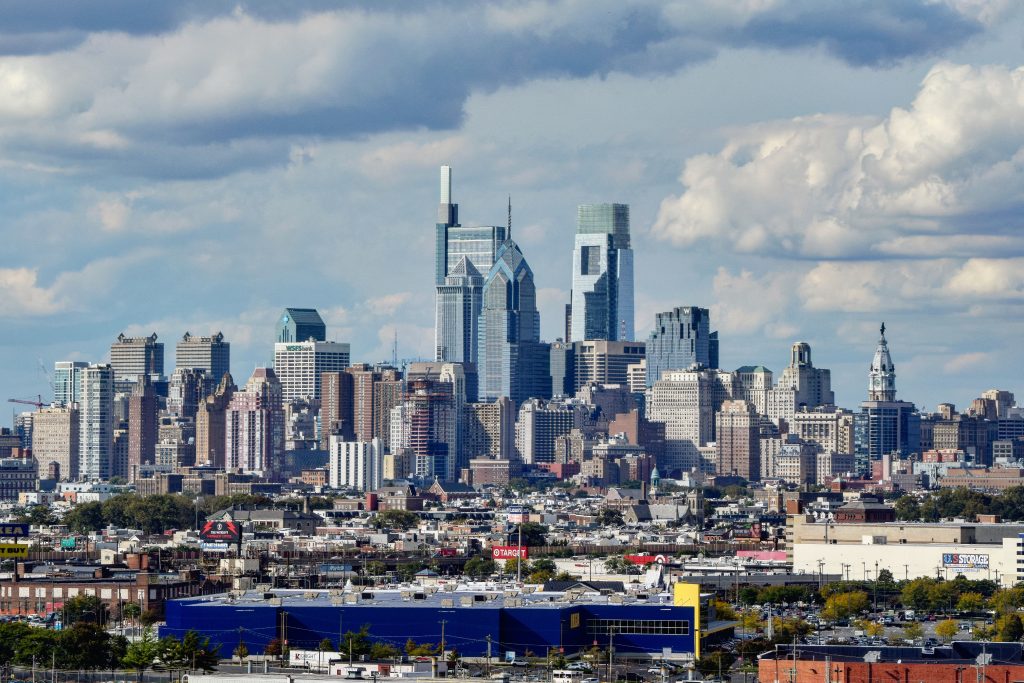 The Laurel Rittenhouse (left) joining Arthaus and the Philadelphia skyline from the Walt Whitman Bridge. Photo by Thomas Koloski 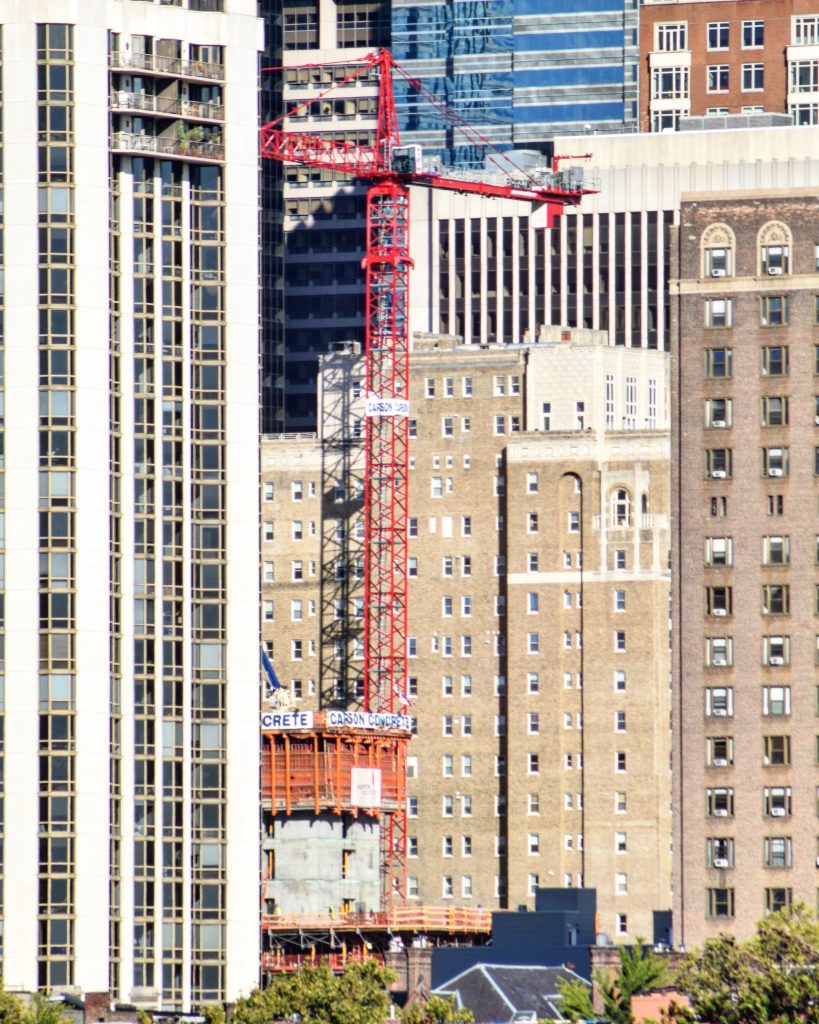 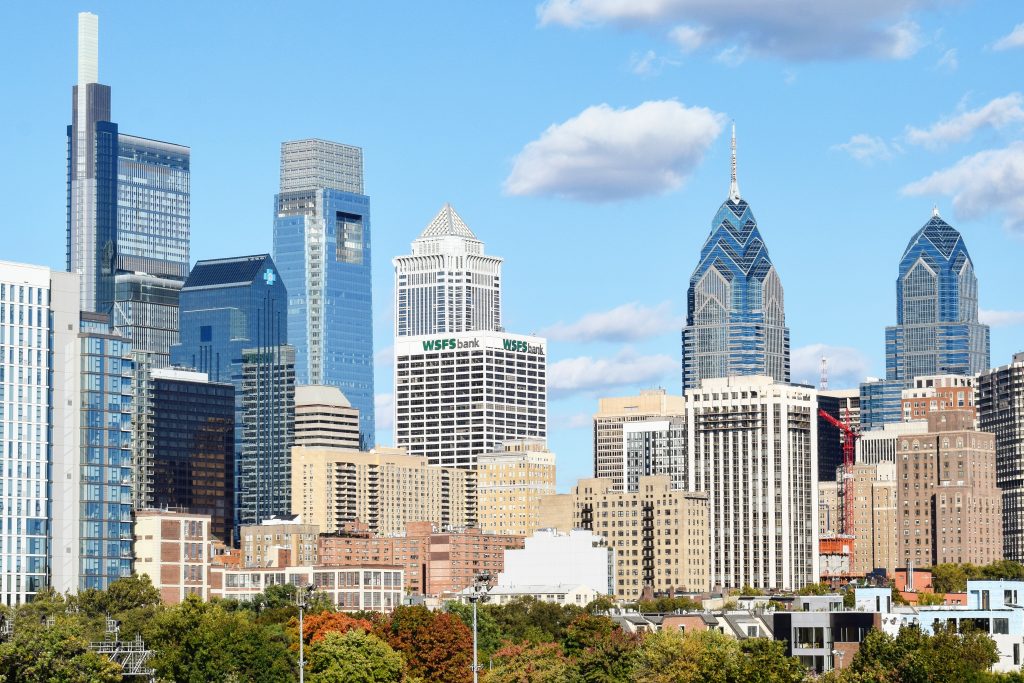 The Laurel Rittenhouse and the Philadelphia skyline from South Street Bridge. Photo by Thomas Koloski

Now that the tower has risen above the cantilever, the residential floors will rise rapidly just like at the Arthaus at 311 South Broad Street. Hunter Roberts Construction Group, the contractor behind the concrete structure, has proven capable of rapid work, having recently topped out the 29-story Chestnut at 3720 Chestnut Street in only eight months. Cladding assembly may start within the next five months, with the building expected to be topped out by spring or summer 2021.

The project design underwent many changes prior to the currently iteration, which features an orthodox rectangular massing. Rittenhouse Square is a neighborhood densely packed with historic buildings with few sites available for ground-up development, so it sees markedly less construction than other areas of Center City, such as the rapidly growing Center City West district to the north. The last major high-rise built in the area was 10 Rittenhouse Square, completed down the street to the east in 2009. However, a few days ago Pearl Properties and DAS Architecture and Planning revealed the design for a 567-foot-tall residential skyscraper at 113-121 South 19th Street two blocks to the northeast of the Laurel. Together, the tower pair will significantly transform the Rittenhouse Square skyline.

The Laurel Rittenhouse Square is scheduled to be completed in 2022.