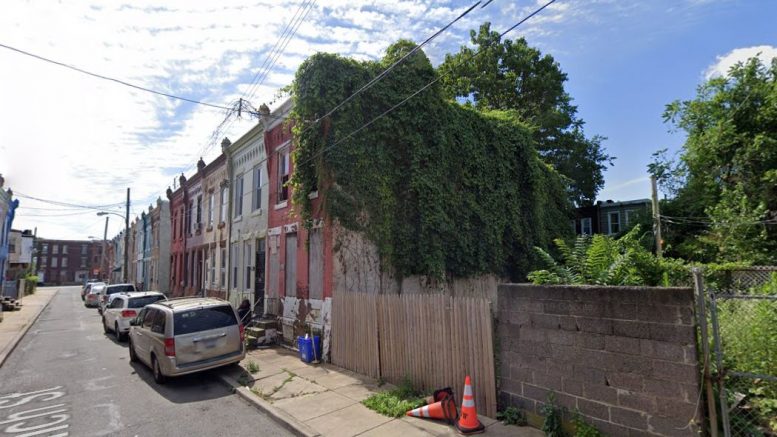 The rowhouse features a brick façade painted red, with stone lintels above the door and windows painted white. The parapet features a corbelled brick course, a cornice, and decorative turrets at either corner. The design matches the rowhouses that line either side of the block. The building appears in a somewhat rundown condition, with chipping paint, boarded-up entrance and windows at the ground level, and vines growing across the blank lot wall and the roof.

The loss of the prewar structure is unfortunate, yet the block retains most of its original building stock, creating a cohesive ensemble. Although no project has yet been proposed at the site, the location holds certain development potential. The 61 bus stops down the block to the east at Ridge Avenue. Strawberry Mansion High School sits a block to the north. Fairmount Park, one of the city’s largest green spaces, stretches three short blocks to the west.

Be the first to comment on "Demolition Permits Filed for 3142 French Street in Strawberry Mansion, North Philadelphia"