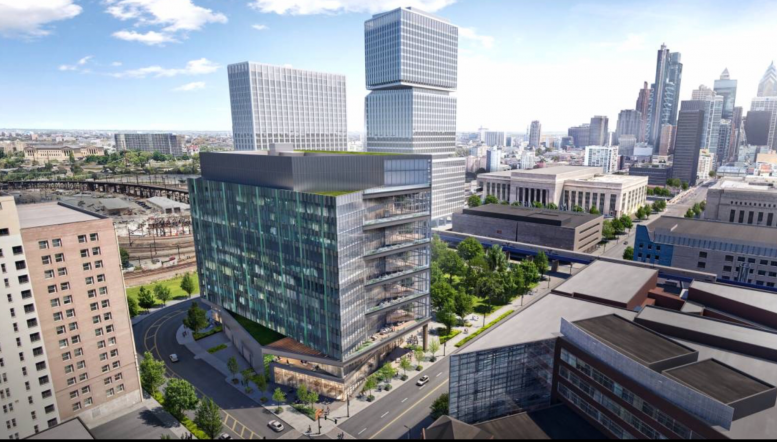 New renderings have been revealed for the Schuylkill Yards megadevelopment situated on the western bank of the Schuylkill River in University City, West Philadelphia. The project has been in planning for years, and construction has finished on the Bulletin Building as well as Drexel Square, the first phase and center point for the development. Earlier this year, construction timelines were announced for three more proposed towers. Now, developer Brandywine Realty has unveiled more renderings with updated designs.

A 185-foot, 14-story tower planned at 3151 Market Street will feature ground-floor retail and office and laboratory space on the upper floors. The new renderings show design changes from the original unveiled a few months back. The façade formerly featured orange highlights, which have now been updated to a light blue/turquoise color, with expanded windows. Angled projections provide an eye-catching and sleek touch. Expansive glass surfaces at the ground level will provide ample natural light, and trees and public seating next to the building will create a welcoming, pedestrian-friendly street scale that will help attract more foot traffic to the building’s retail tenants. 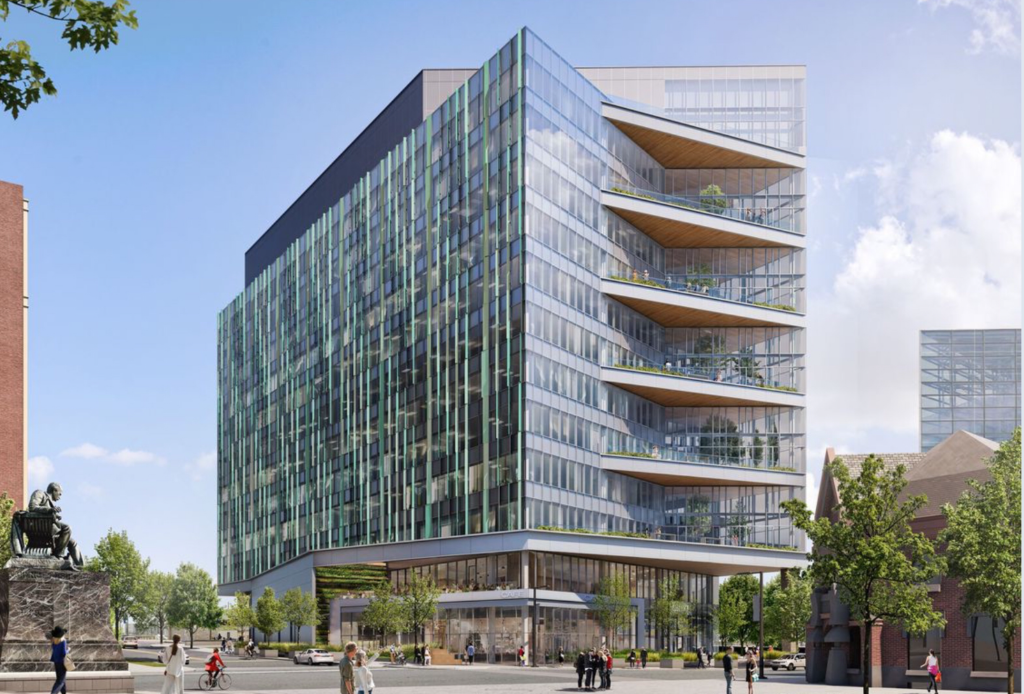 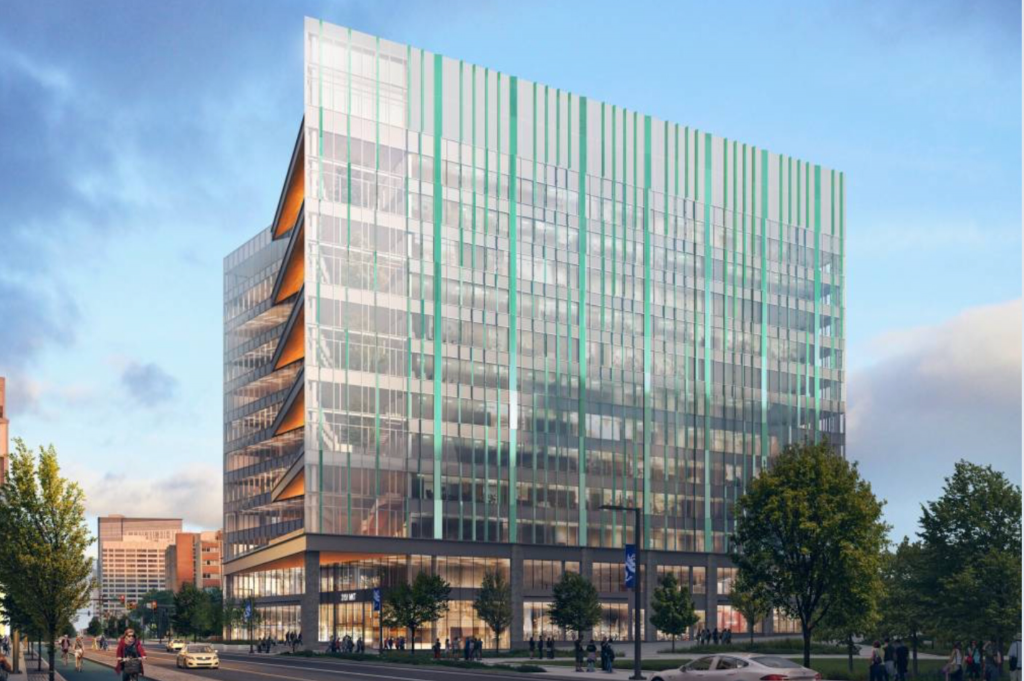 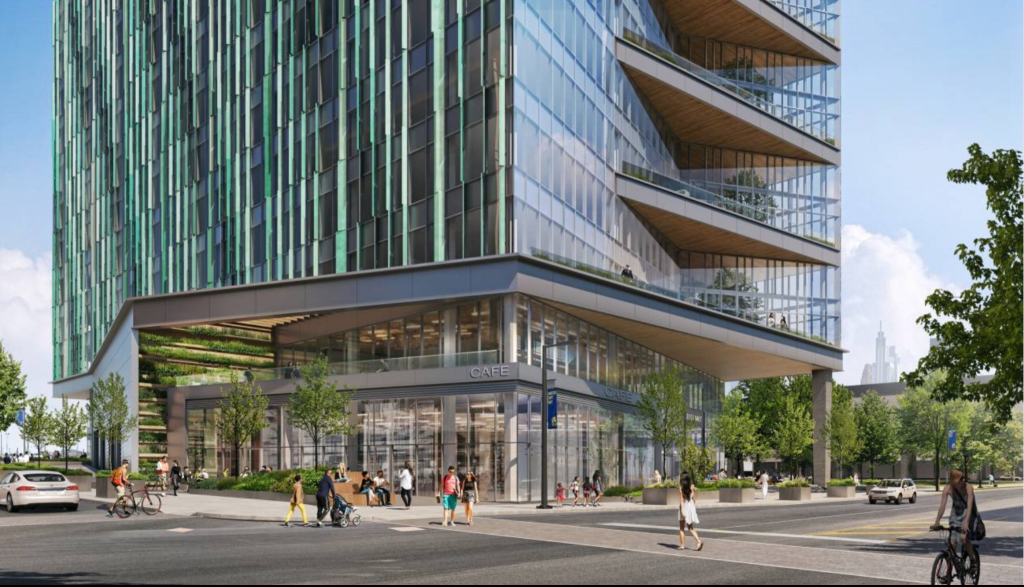 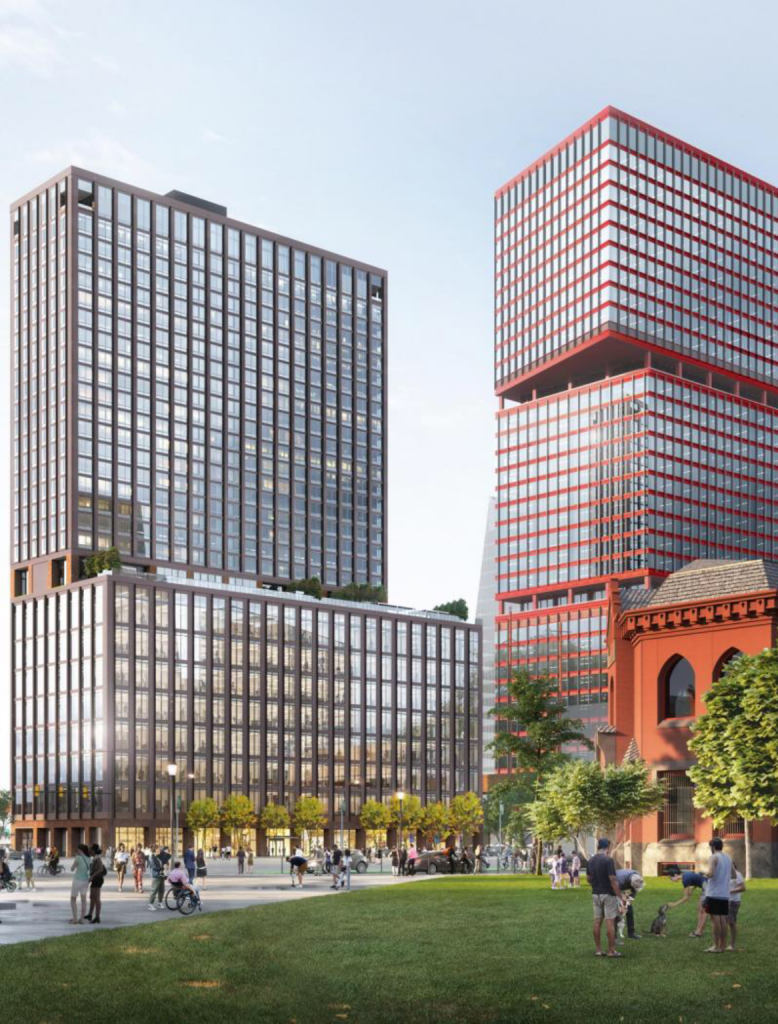 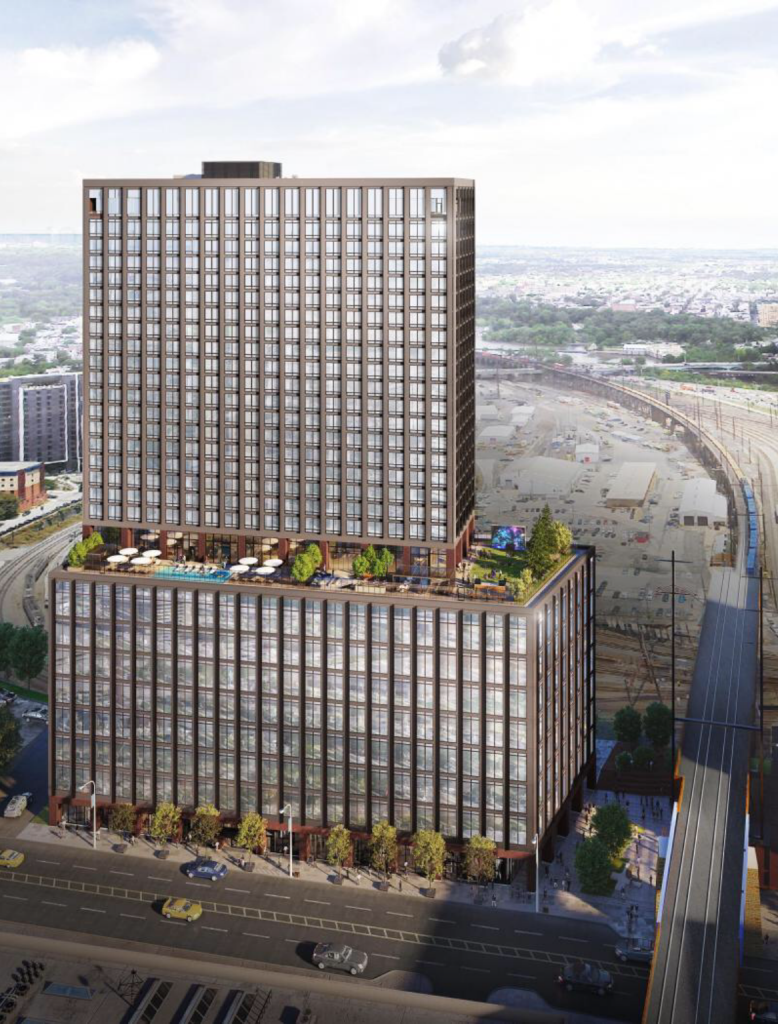 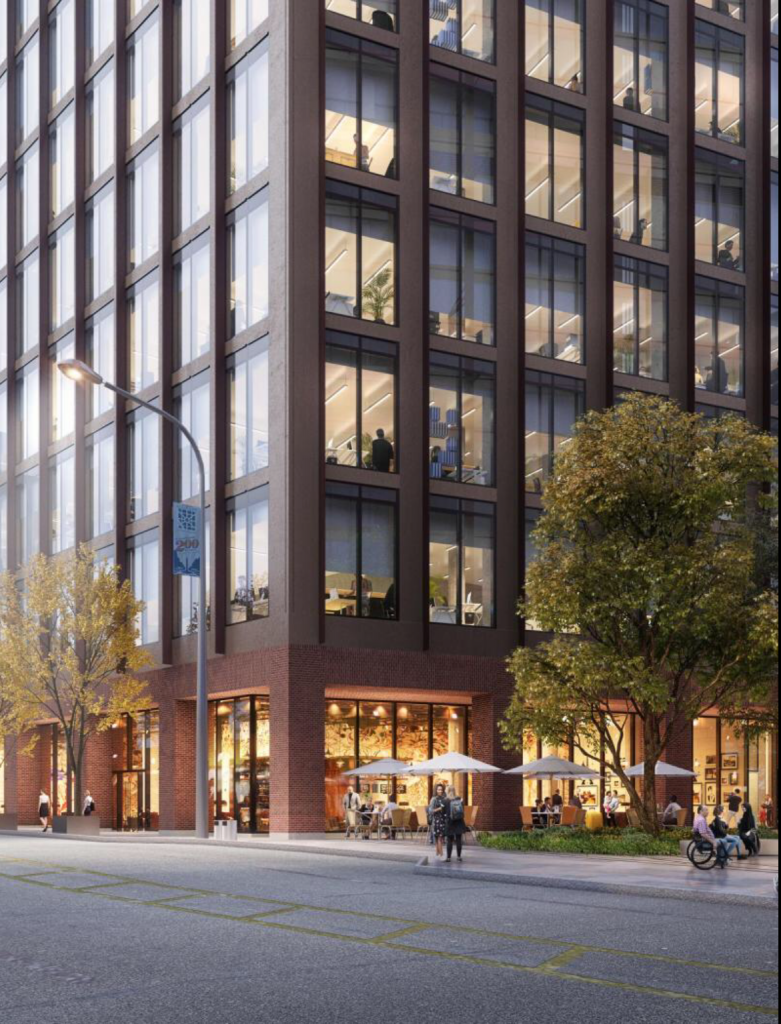 A notable design change can be found on the ground level, which previously featured art-deco style archways. This time, the architects took a more conventional approach with brick piers framing floor-to-ceiling windows for the retail and commercial spaces. 3001 JFK also featured these grand archways in its original design, though it is unknown whether the feature has been revised for that tower, as well.

Be the first to comment on "New Renderings Revealed for Schuylkill Yards in University City, West Philadelphia"