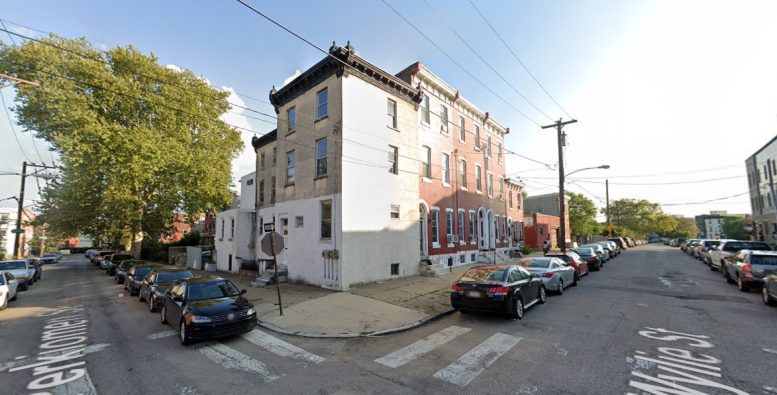 Demolition and construction permits have been issued for 1753 Wylie Street in Francisville, North Philadelphia. The permits call for tearing down a three-story prewar rowhouse at the south corner of Wylie Street and Perkiomen Street, and replacing it with a four-story, 45-foot-tall, five-unit multi-family building with bay windows and a roof deck. Morrissey Design LLC is the designer. Christine and Wendy Tucker are the listed owners.

The development gained a bonus of an extra unit and seven feet in height by utilizing the mixed-income dwelling bonus (as per code section 14-702 (7)(c)(.3)).

The prewar building’s near-windowless wall facing Wylie Street and the mid-block streetwall setback at Perkiomen Street create an unusual design that differs from the average corner rowhouse. Otherwise, the building is rather unremarkable, distinguished only by an ornate cornice with a garland course, scrolled corbel brackets, and corner finials with flower rosettes and ogee-curved caps. The walls, which were likely originally clad in exposed brick, have been covered with white and light gray stucco, which weathered poorly over the years. As such, the building’s destruction will not be overly detrimental to the local streetscape, especially considering the density bonus the structure will bring to the area. 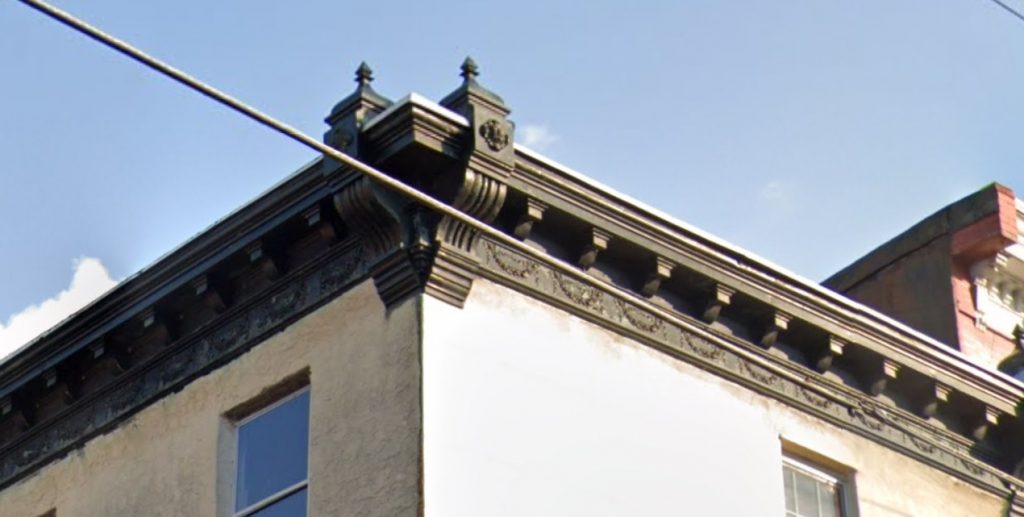 Francisville is a small neighborhood located north of Fairmount Avenue that is notable for its unique streets that run at roughly 45 degrees in relation to the prevailing city grid. Given its location close to the Broad Street SEPTA line, three-quarter-mile proximity to both Center City to the south and Temple University to the north, and nearby commercial strips at Fairmount Avenue and Spring Garden Street, the neighborhood has seen a surge in medium-density construction in recent years. Given its remaining number of viable sites for development, the neighborhood is capable of absorbing further growth without serious detriment to its existing stock of prewar buildings. 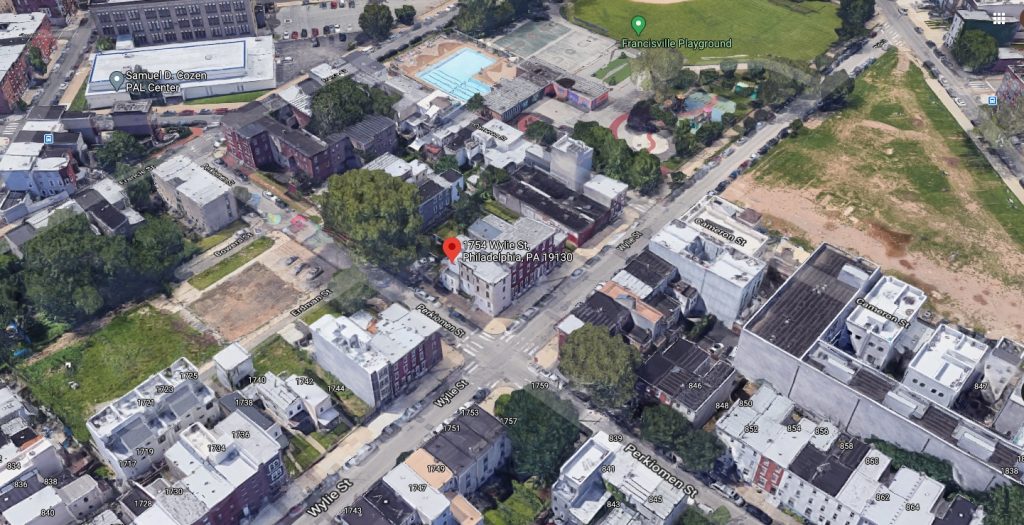 Be the first to comment on "Permits Issued for a Multi-Family Structure at 1753 Wylie Street in Francisvillle, North Philadelphia"