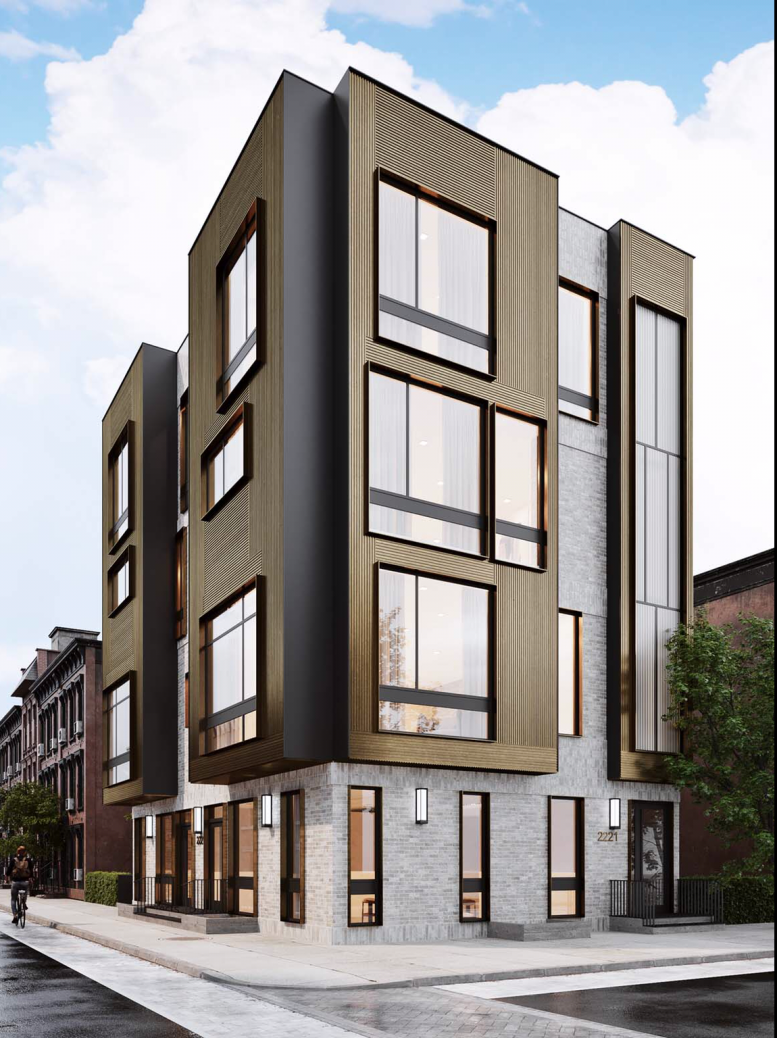 Rendering of the project via Stamm Development Group.

Permits have been issued for the construction of a four-story condominium building at 2219 Emerald Street in East Kensington, North Philadelphia. Designed by M Architecture and is developed by Stamm Development Group, the building will yield five residential units. Permits list GRIT Construction as the contractor for the project, which is estimated to cost $1,030,000 to build. 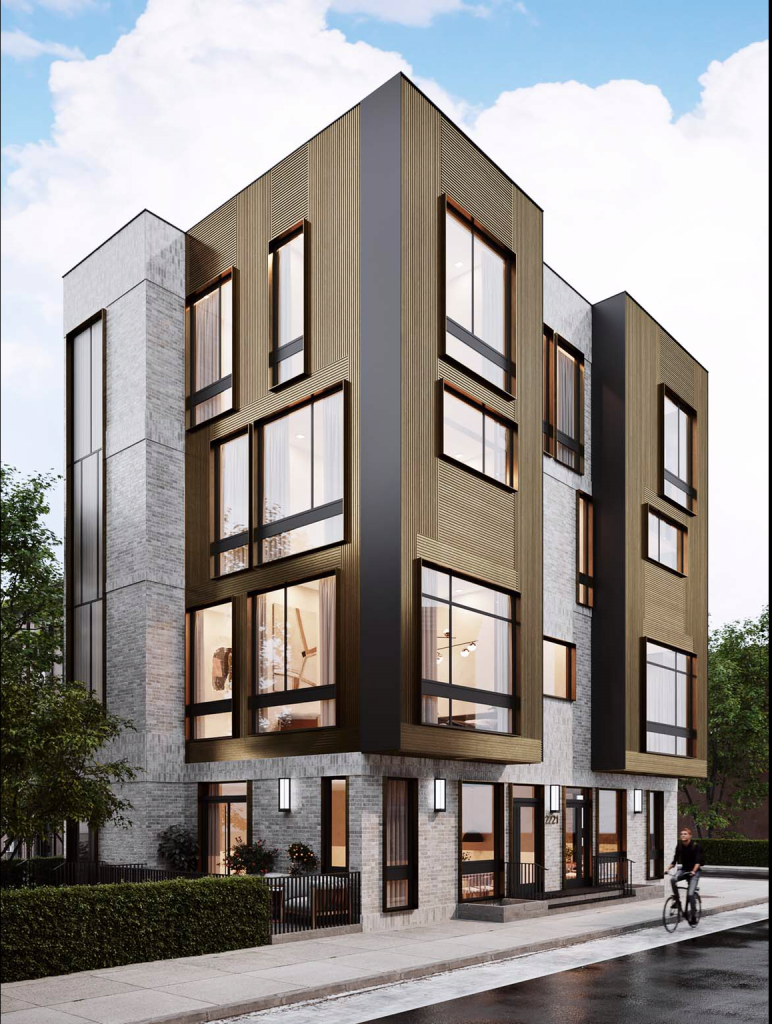 Rendering of the project via Stamm Development Group.

Renderings depict a striking, highly modern structure clad in a mix of light gray brick and textured bronze paneling. The bronze-clad sections cantilever out over the sidewalk, furthering its visual impact. The most distinctive feature is the building’s massive windows, which are arranged in an irregular grid and feature projecting bronze frames. The property is also rendered with a small patio and green area on the southern side of the building. 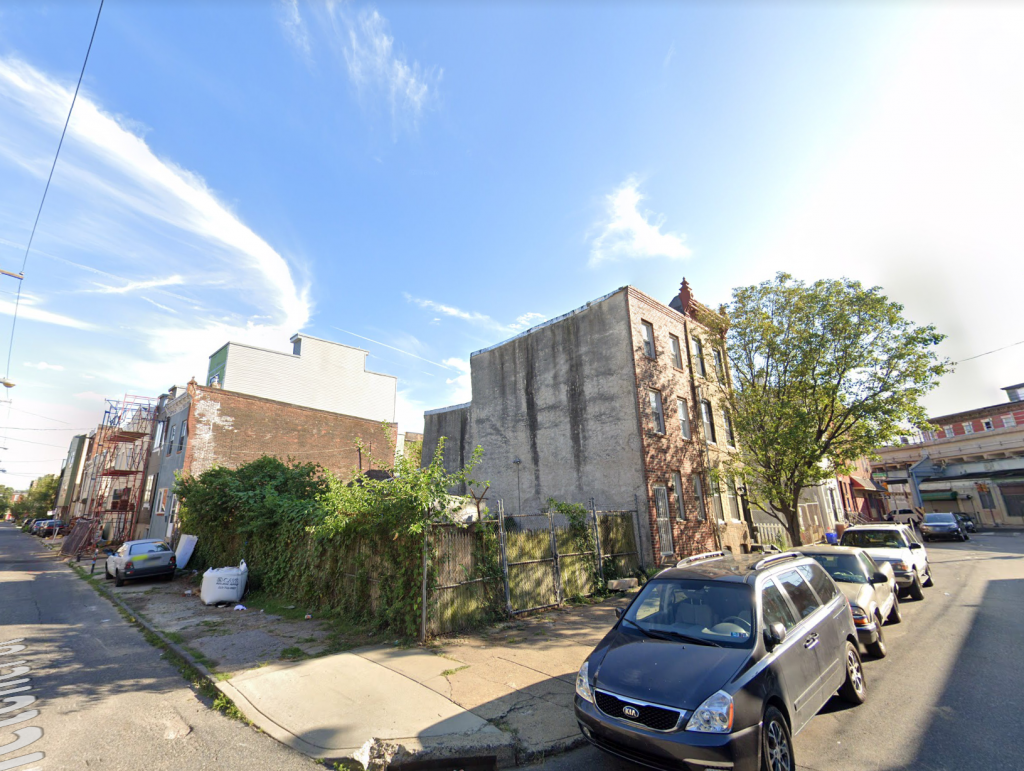 The property is currently occupied by a vacant overgrown lot enclosed with fencing. The site sits just off of Front Street, a lively commercial corridor with a number of businesses and restaurants. Also running nearby is Frankford Avenue. Norris Square Park, a large green space spanning a city block, and Emerald park, a cozy pocket park with shade and a small lawn, are both within walking distance. The closest transit to the site is the York-Dauphin Station of the Market Frankford Line.

Though the project was initially scheduled to be completed by spring 2021, sometime in 2022 is more likely.

Be the first to comment on "Renderings Released for 2219 Emerald Street in East Kensington, North Philadelphia"