A pair of permits has been issued for the construction of two multi-family buildings located at 2427 and at 2429 Cecil B. Moore Avenue in Cecil B. Moore, North Philadelphia. Each building would span a 1,280-square-foot footprint and feature a roof deck. James A. Clancy is the listed designer and United Development LLC is the owner for both properties.

The pair would replace a portion of a well-maintained grass lot with a low wooden fence along the sidewalk and dense vegetation in the rear. It appears that, at one point, the lot was occupied by prewar rowhouses similar to those that currently flank either side of it. The land has sat vacant for at least a decade, and possibly for a much longer period.

The pair will be located on the north side of the avenue, on a block situated between North 24th and North 25th Streets. The site sits in North Philadelphia West at the junction of several neighborhoods, situated at the western fringe of Cecil B. Moore with Sharswood to the southeast and Brewerytown to the southwest. 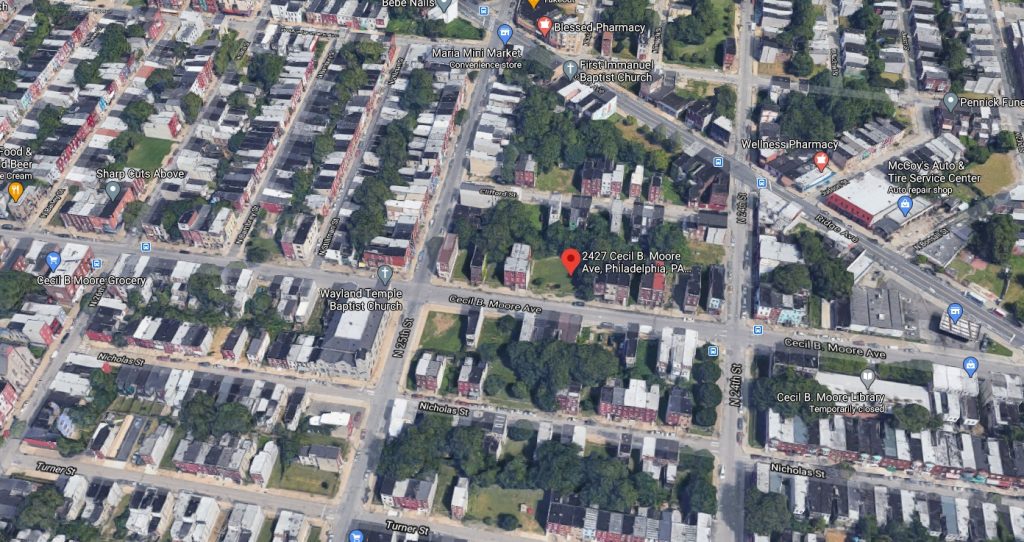 Be the first to comment on "Permits Issued for Two Multi-Family Buildings at 2427 and 2429 Cecil B. Moore Avenue in Cecil B. Moore, North Philadelphia"