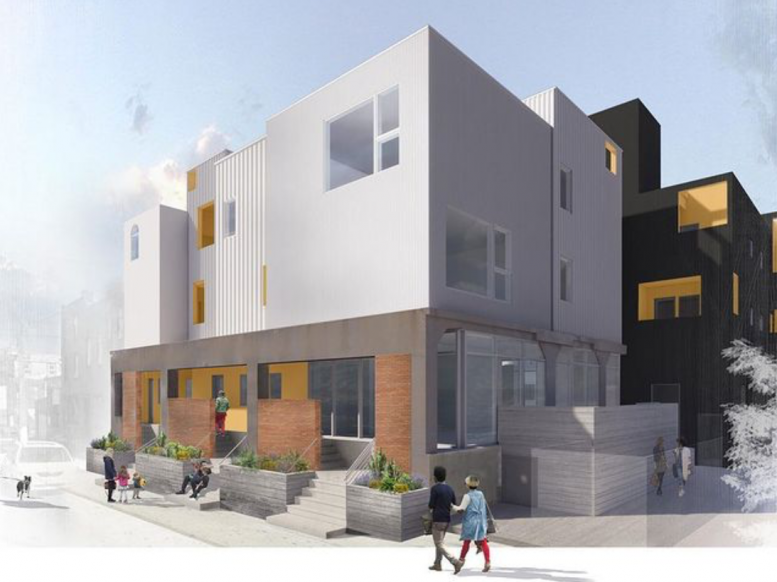 Completion approaches at the Milk Depot, a three-story, 17-unit residential development at 1327-33 North Marston Street in Brewerytown, North Philadelphia. The building is developed by Argo Property Group, which is behind many projects in the neighborhood. The development, built as-of-right, will feature a lounge and private office space. Tester Construction is the contractor.

The structure is modern and industrial-styled. Built as a series of staggered boxes, the design creates an eye-catching building that stands out on the block. White metal cladding is the primary material used at the street façade, with darker black cladding in the back. Windows of alternating shapes and sizes are located throughout the structure. Brick encloses three porches at the front of the building. 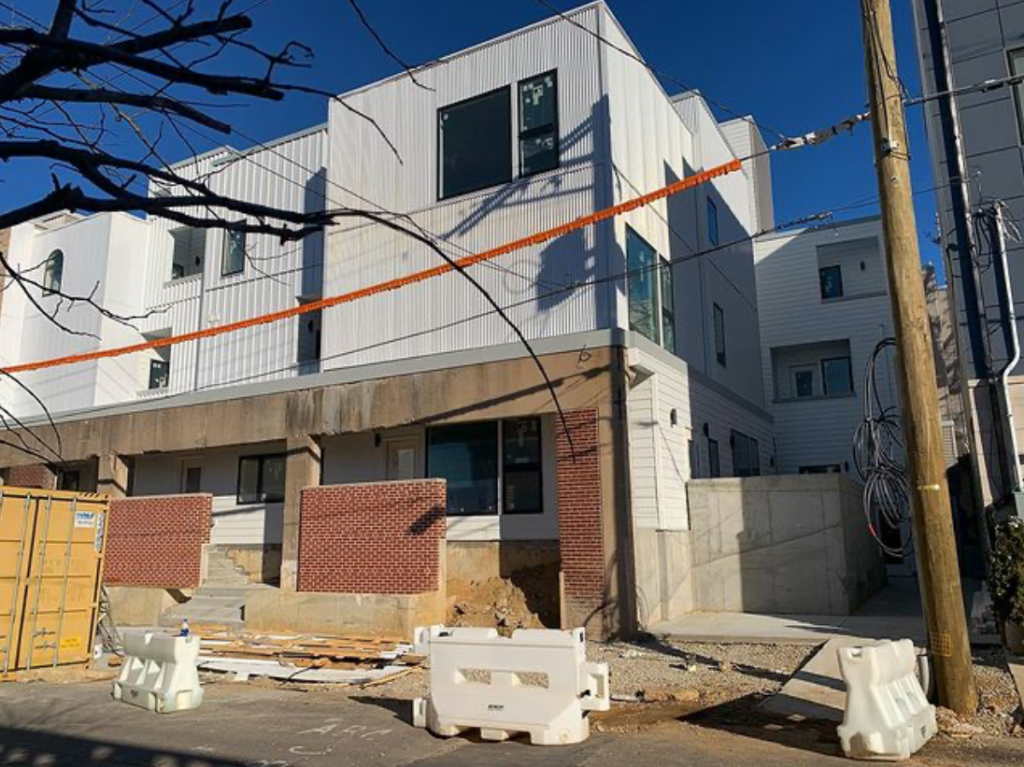 Current view of the project via Argo Property Group.

Façade work has made significant progress over the past weeks and the building is now approaching completion. Cladding now fully encases the building, which has turned out almost exactly as rendering projected. The only significant difference is that the back half of the structure features white siding rather than the black cladding that the renderings initially called for. 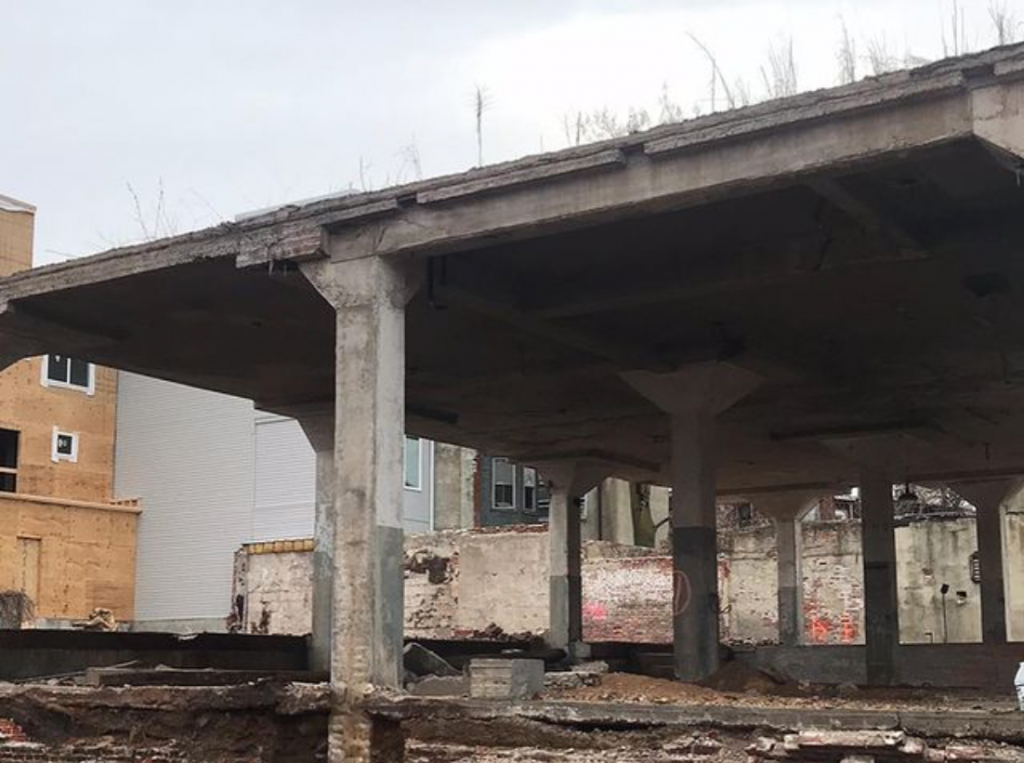 The site via Argo Property Group.

The project incorporates the concrete shell of a 100-plus-year-old industrial structure. Its frame can be seen at the first floor of the structure.

The development is yet another project that is transforming the block of Marston Street, which runs at a slight diagonal to the Brewerytown street grid. The street has now become a hub for development, with Argo property group claiming ownership of more than 50 residential units on the block. 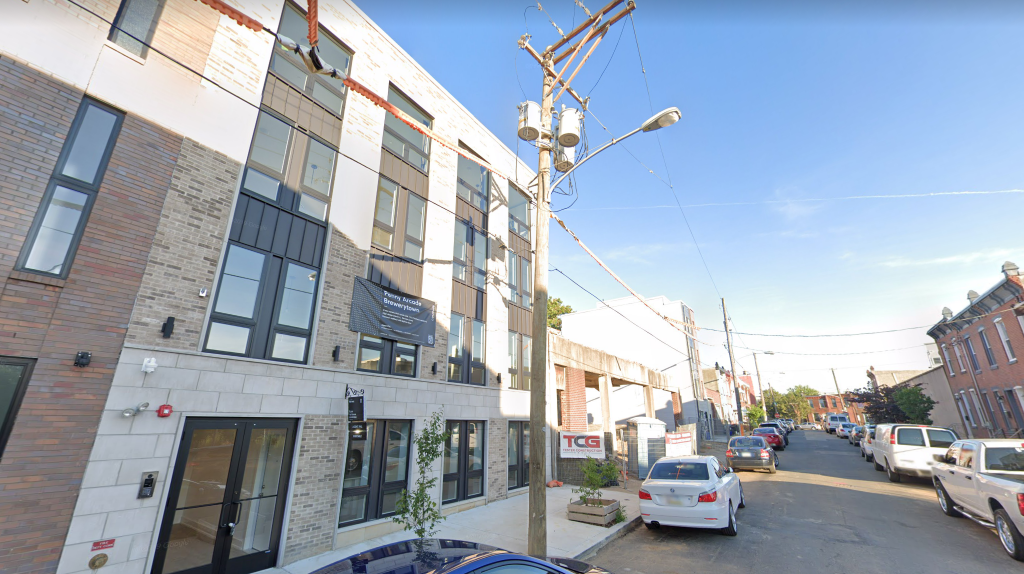 New construction on the block via Google. The project can be seen to the right of the new building.

The property sits a few blocks north of Girard Avenue, which offers an abundance of restaurants and businesses as well as the route 15 trolley 0ffers transit access.

No completion date has been announced, though it is likely that the development will be completed in the near future.

Be the first to comment on "Completion Approaches at the Milk Depot at 1327-33 North Marston Street in Brewerytown, North Philadelphia"