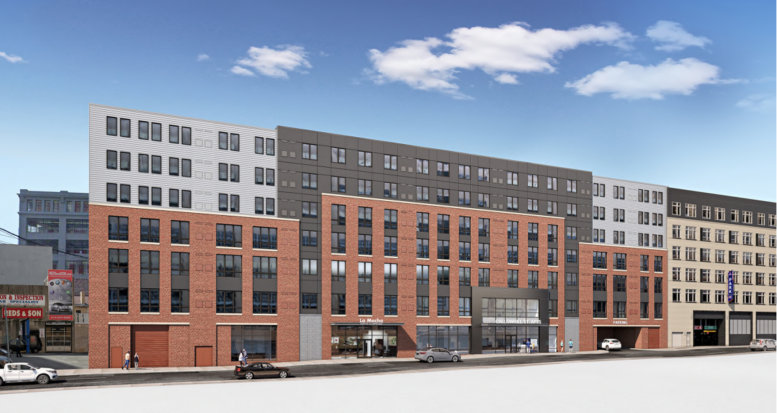 Permits have been issued for the construction of a large residential project at 1306-14 Callowhill Street in Callowhill, North Philadelphia. The development will stand seven floors tall and hold 181 residential units upon completion. All of the units will be apartments available for rent. A retail space measuring 3,208 square feet will be located on the ground floor of the structure. Additionally, 51 parking spaces will be included in the development. The 184,679-square-foot structure was designed by Bernardon and will cost an expected $18 million to build. 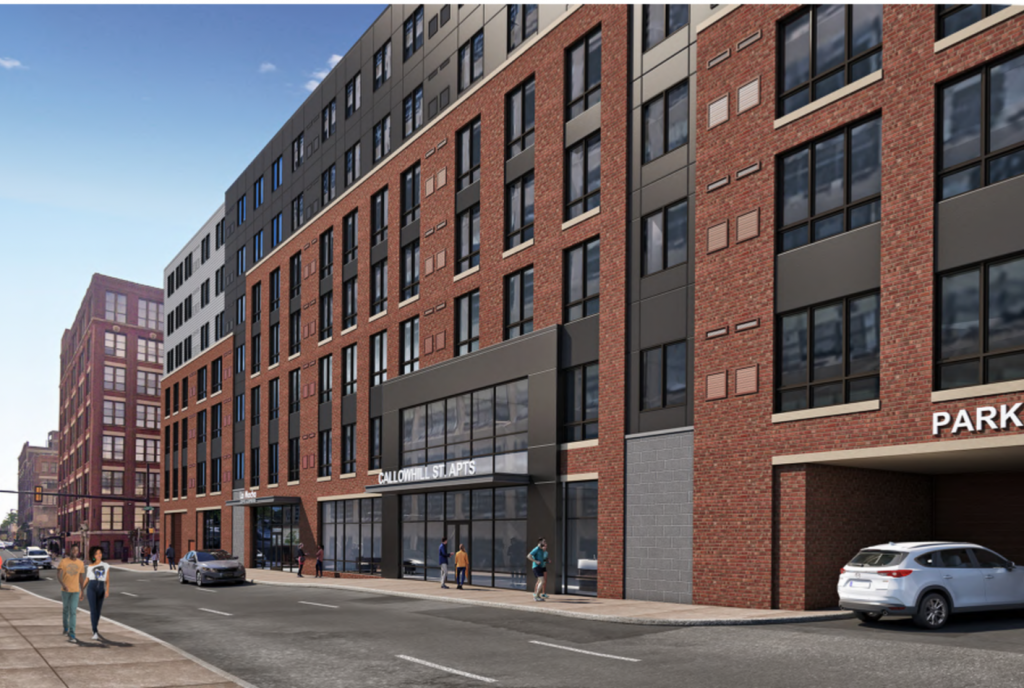 Rendering of the project via Bernardon.

The building features an industrial design that matches the neighborhood and it’s history. A primary material of brick is used throughout the façade on the bottom five floors in three large sections, attempting to give the viewer the idea that there are three warehouse structures that may have been converted into a mixed use building. On the areas not covered by brick, light gray cladding consumes the far edges on each side of the structure, while a darker gray material is situated at the center of the building. The building will stand seven floors, which is the same height of the neighboring Hanover North Broad residential development completed in recent years, making an even street wall that is well balanced and attractive to the eye. 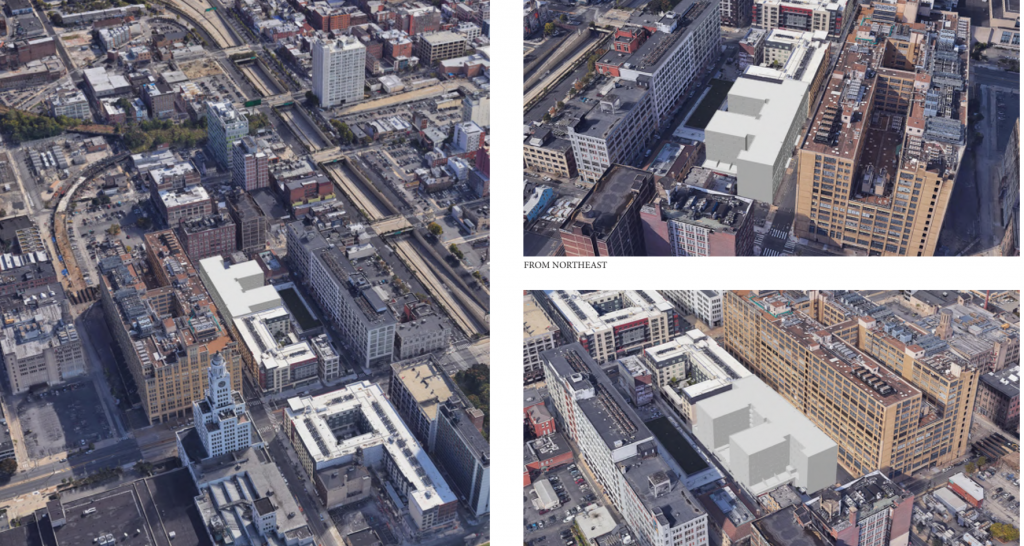 Massing diagrams of the project via Bernardon.

To help fit the extreme density of the project on the site, two wings come out from the main portion of the structure in the rear to allow for more units to be included in the project. A courtyard will be situated between to the two wings. More nearby outdoor access can be offered to the Rail Park, an old train line converted to a public park, reminiscent of New York’s famous high line.

The project will replace a massive surface lot, one of an unfortunately large number of such lots in the area. This presents a positive transition for the neighborhood, which is ripe with potential and has the potential to become one of the best neighborhoods in the city, and easily accessible to the main central business district of center city as well. The addition of 181 residential units will allow the density of the area to increase, as well as adding many new residents to the streets who will help support local businesses. Transit access is offered a short walk away to the Broad Street Line via Race-Vine Station.

The project went to the CDR back in May, and has now obtained the permits necessary to move forward into construction. However, a completion date for the project is not confirmed, and is likely multiple years out due to the large scale of the development.

1 Comment on "Permits Issued for a 181-Unit Development at 1306-14 Callowhill Street in Callowhill, North Philadelphia"