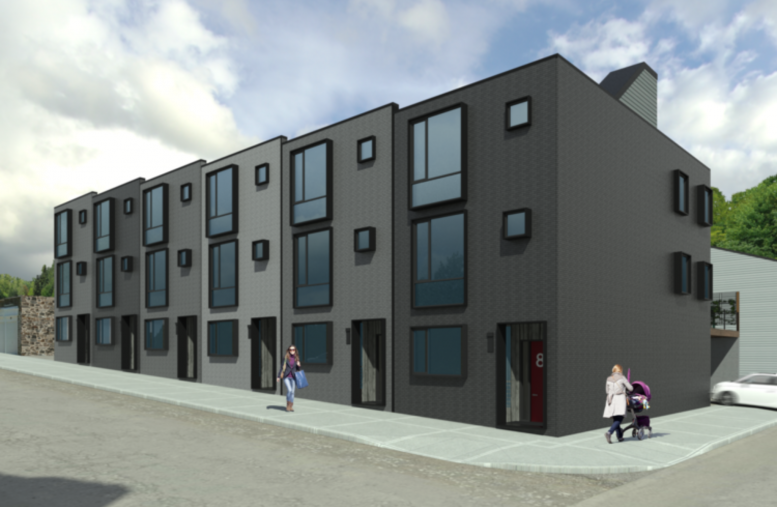 Permits have been issued for the construction of a series of single-family homes at 80 East Sharpnack Street in Mount Airy, Northwest Philadelphia. The development will consist of six homes, all standing three stories tall with decks at the second story and at the rooftop. Each home will include one parking space and will hold 2,238 square feet of space. The total construction cost is listed at $1,389,000, with $231,500 to build each individual home. 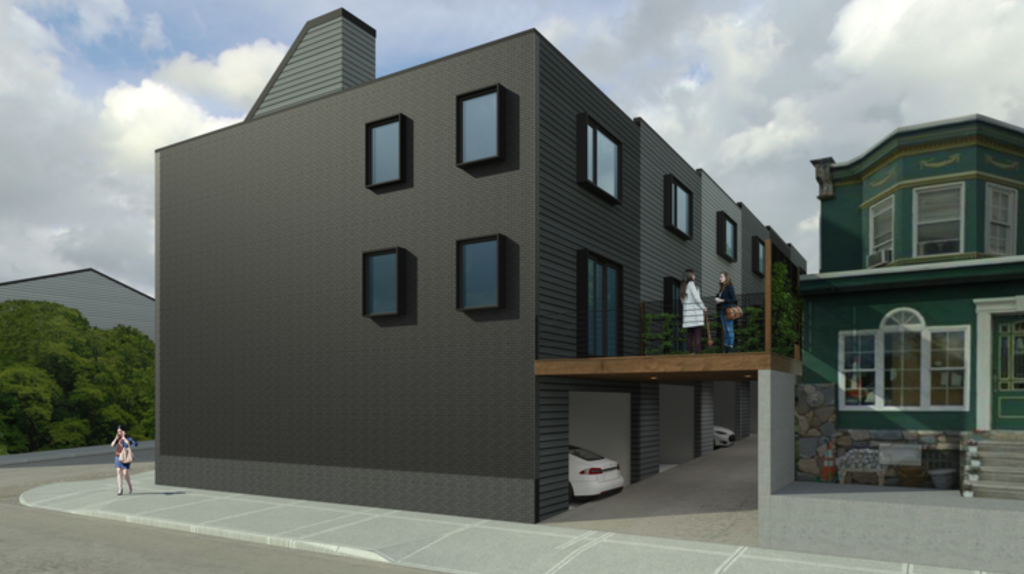 Rendering of the development via East Mount Airy.

The homes will feature contemporary designs that utilize primarily gray cladding in alternating shades so as to differentiate each home. Windows will be situated on slight projections and will vary in sizes, adding to the modern look. The second-story rear decks will sit over the drive aisle that takes residents to the garages. Pilot houses will rise above the roofline, providing access to the roof decks, which will likely offer sweeping views of the surrounding area. 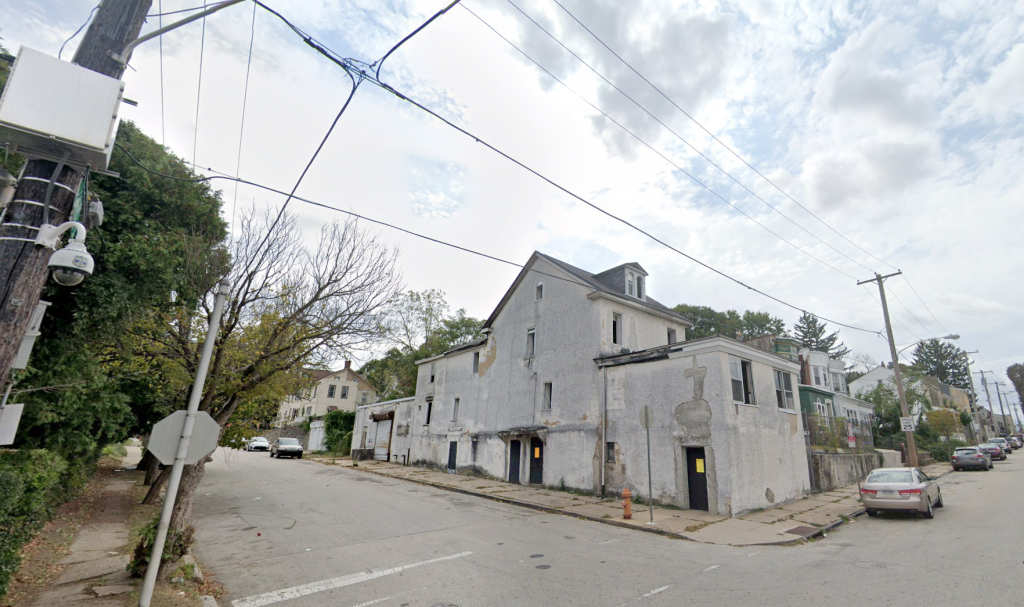 Despite the Sharpnack Street address, the homes will mostly be sitting on Magnolia Street just off of Sharpnack. The buildings will replace a vacant, three- to four-story building with an attached single-story garage structure. The structure features a dull, beat-up white stucco façade that does not fit into the surrounding neighborhood.

The addition of six residential units to a space formerly occupied by none will positively affect the area by increasing its density. Germantown Avenue, the neighborhood’s main commercial artery with a plentiful restaurants and shops, sits one block to the southwest. Adding density along and around the avenue is crucial to the neighborhood’s expansion and the success of local businesses.

No completion date has yet been announced, though construction may be finished by 2022.