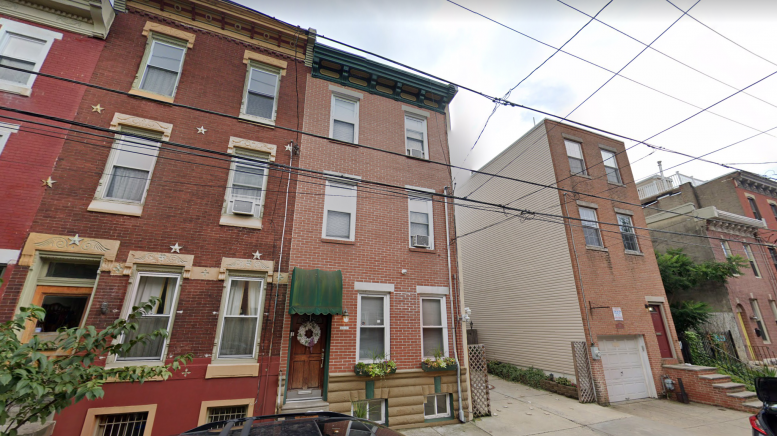 Permits have been issued for the construction of a four-unit multi-family development at 2118-20 Fitzwater Street in Graduate Hospital, South Philadelphia. Upon completion, the building will rise three stories tall and will also include a mezzanine. The structure will hold 3,550 square feet of space and cost an estimated $400,000 to build.

The new multi-family structure will sit in the site of a current rowhome. The house stands three floors tall and features a stately brick façade and a detailed cornice, matching the surrounding buildings in the block. Additionally, to the east of the actual home, a small driveway is situated, cutting across the sidewalk and create a small concrete pad that is about the size of a standard row-house footprint. This makes the property double-wide, further increasing its attraction to developers, so it is not surprising to see plans for a new structure unfold here.

The loss of the current home will be unfortunate, although the reduction of a curb cut on the sidewalk and a partially-used lot becoming fully built out will be a positive aspect of the development. Additionally, local density will receive a boost. South Street, which runs within a short walk to the north of the site, is known as one of the most beloved commercial corridors in the entire city, and adding density along it is crucial to its future success and growth. The site sits in a very walkable location, where Center City, transit, businesses, and a variety of green space can easily be accessed on foot.

No completion date for the project is known at this time, though construction may be finished by 2022.

Be the first to comment on "Permits Issued for Four-Unit Building at 2118-20 Fitzwater Street in Graduate Hospital, South Philadelphia"