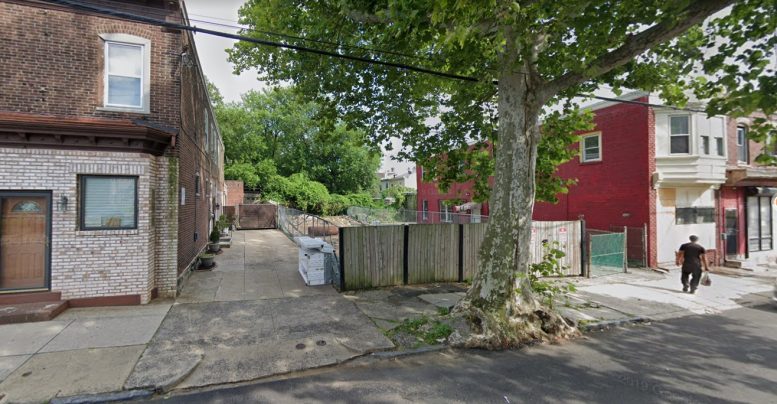 A permit has been issued for the construction of a three-story mixed-use building at 342 West Queen Lane in Germantown, Northwest Philadelphia. The structure will contain 5,793 square feet of floor space, which will be divided between a 1,058-square-foot ground-level commercial space and five residential units, which will average 947 square feet apiece. Permits list OE & DE LLC as the owner, Michael D. Cole, AIA as the designer, and David Elmaliah as the contractor. Construction costs are estimated at $200,000.

The structure will replace a vacant lot on the southwest side of the block between Pulaski Avenue and Morris Street. The structure will present a slight density boost to a neighborhood consisting of predominantly two-story prewar rowhouses. The infusion of new business and residents is a positive prospect for a block that has not seen new construction in the postwar period. 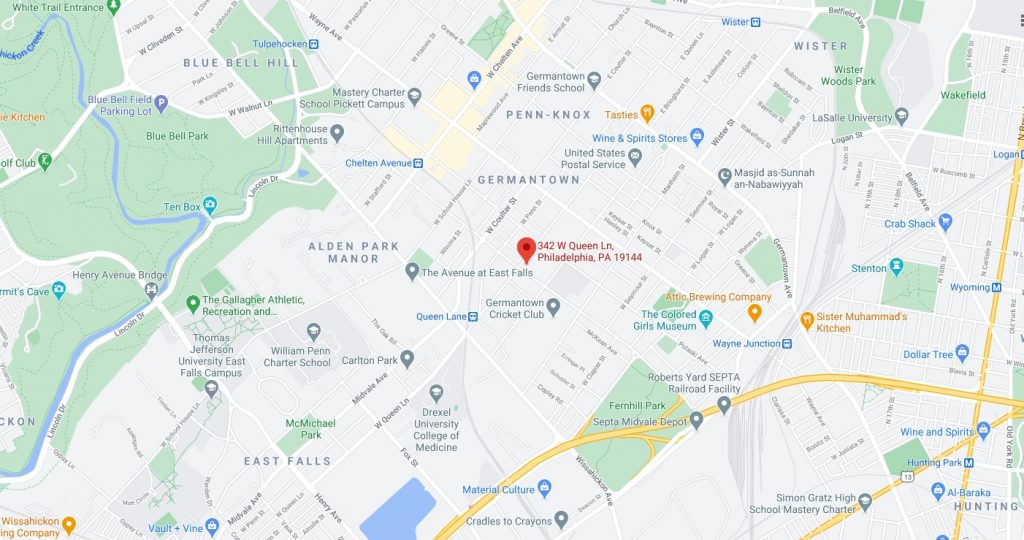 The stretch of the street is already geared toward mixed-use development, with many rowhouses featuring ground-floor retail. A number of proximate retailers are currently shuttered, so the new development will help revitalize the ailing yet promising commercial stretch.

Despite its dearth of vacant sites, the area is capable of supporting further development, given its proximity to transit and retail. The Queen Lane station of SEPTA Regional Rail is located within a five-minute walk to the southwest. A ten-minute walk to the northwest will allow residents to access the commercial corridor along West Chelten Avenue, which is anchored by the Chelten Avenue Regional Rail station.

The high-rise residential district a few blocks to the west suggests that development of larger and taller buildings in the vicinity would not be out of place. We hope to see more such development in the area in the near future.

Be the first to comment on "Permits Issued for Five-Unit Mixed-Use Building at 342 West Queen Lane in Germantown, Northwest Philadelphia"