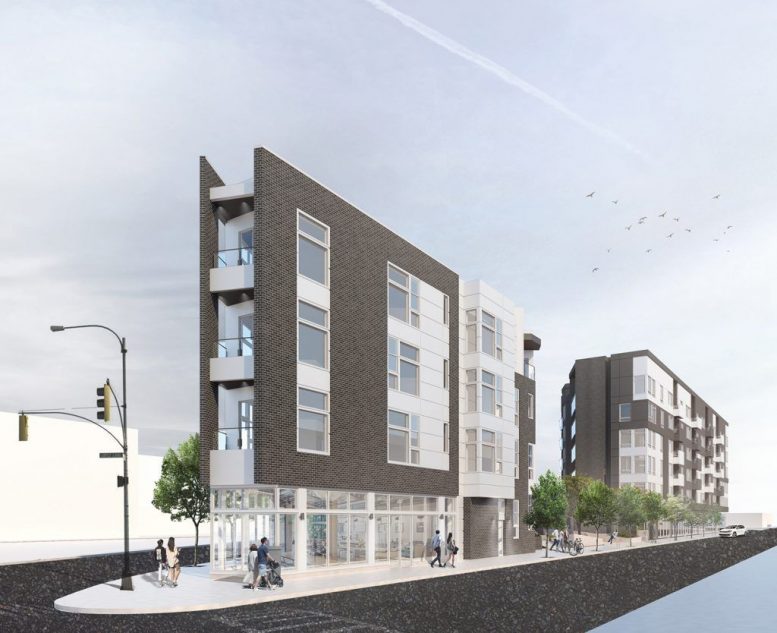 Philly YIMBY’s recent visit to North Liberty Triangle at 1115-27 North American Street in Northern Liberties, North Philadelphia, has revealed that the steel structure for the second building of the complex is well underway, with two of the eventual six stories already assembled. The structure is located to the north of the first building, which stands four stories tall and is further along in construction progress. Developed by Streamline Development, the project stands within a rapidly developing hub within the neighborhood. The complex will hold a total of 84 units and the structure to the north will include retail space spread out across the ground floor. The units on the upper levels will have larger average sizes compared to the structure to the south. 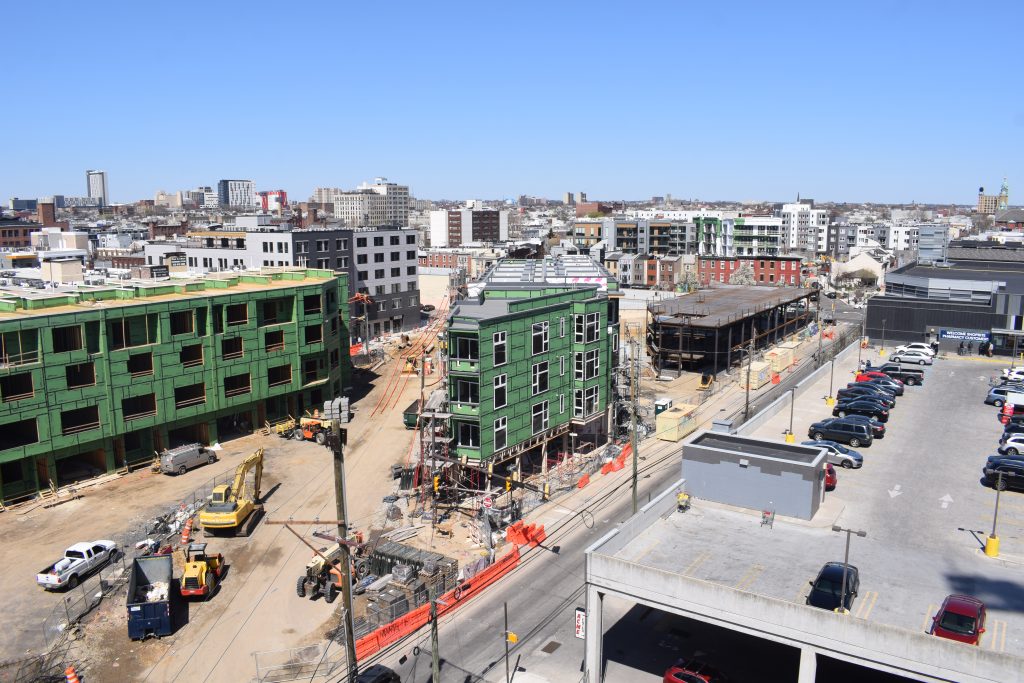 In the last update from March, the steel structure stood partially erected with a tall-ceiled space that will house retail. Since that time, not much progress has been visible from the ground level. However, when viewed from above, such as during our recent visit to the nearby Piazza Terminal, it appears that rebar is being installed atop the steel structure for a future concrete pour, as it looks to extend across the entire floor plate. Once the concrete work is complete, wood will be erected to finish the rest of the structure. 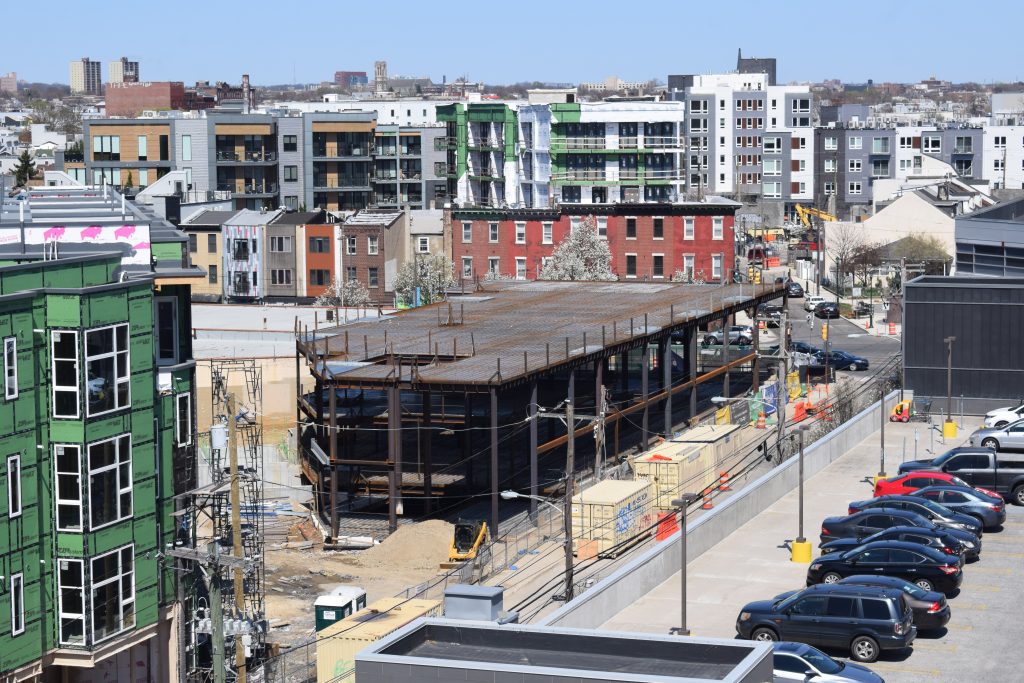 Be the first to comment on "Steel Ascends at North Liberty Triangle at 1115-27 North American Street in Northern Liberties, North Philadelphia"