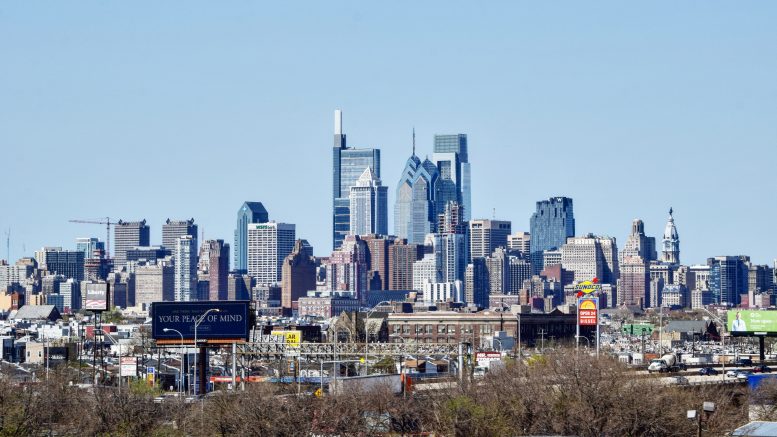 The Walt Whitman Bridge presents an excellent vantage point for a showcase of the major projects that are rising in the Philadelphia skyline. Today Philadelphia YIMBY shares photos of the city taken from the suspension bridge, which is one of the largest structures that spans the Delaware River, with towers that stand 378 feet tall. The west end of the bridge is situated just to the north of the Port of Philadelphia, from where it heads east to Gloucester City, New Jersey on the other side of the river and provides access to Camden, Trenton, Atlantic City, and beyond. The route to New Jersey features a view of billboards that annoyingly block the skyline from the Philadelphia side, the Southwark Generating Station and its four white chimneys. However, when heading west towards the city, the bridge offers panoramic views of the skyline. 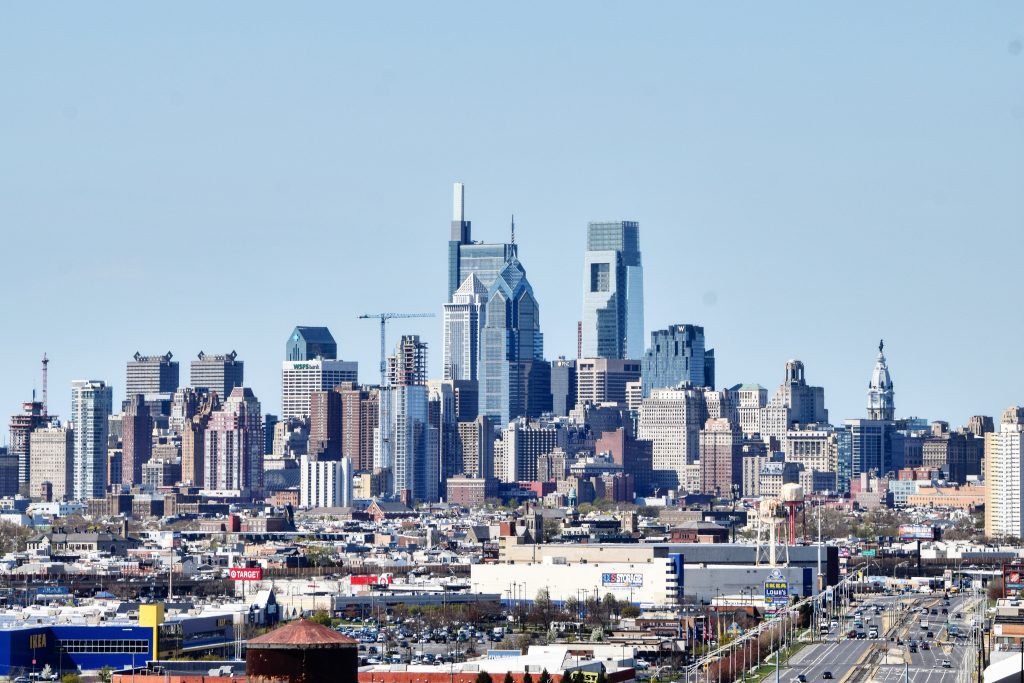 The roadway runs 153 feet above the river, and the elevated height offers a dramatic perspective, with South Philadelphia’s small residential and commercial properties in the foreground creating a stacking effect as the buildings rise up to the Center City towers, emphasizing their imposing appearance. 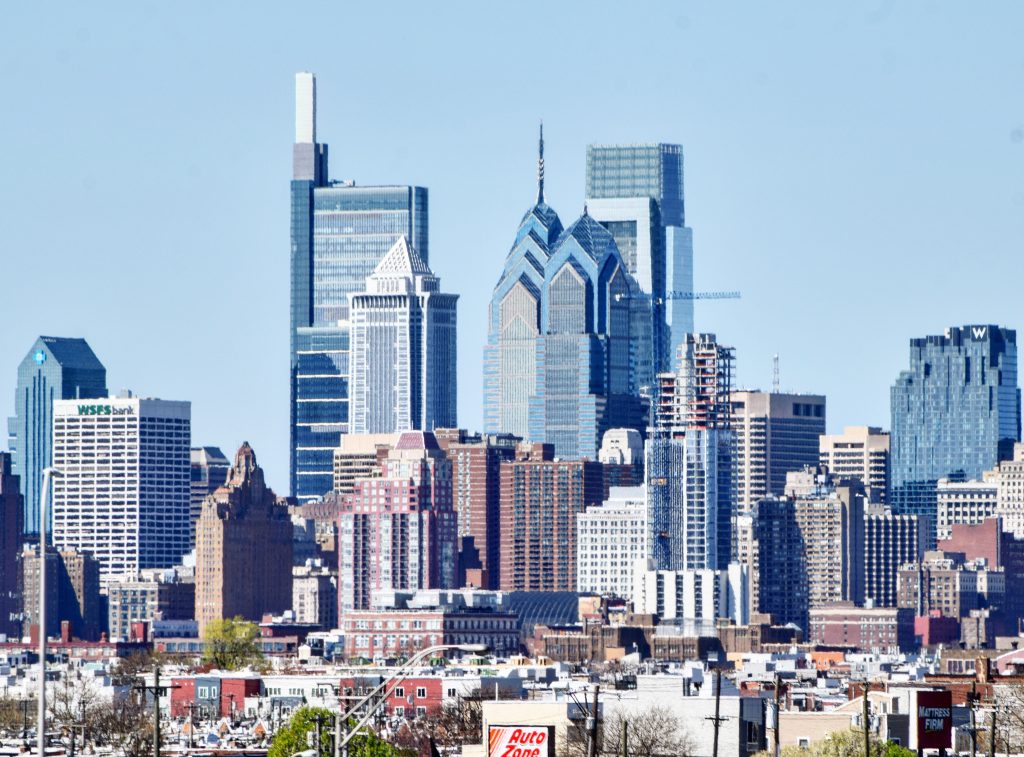 Arthaus from the Walt Whitman Bridge. Photo by Thomas Koloski 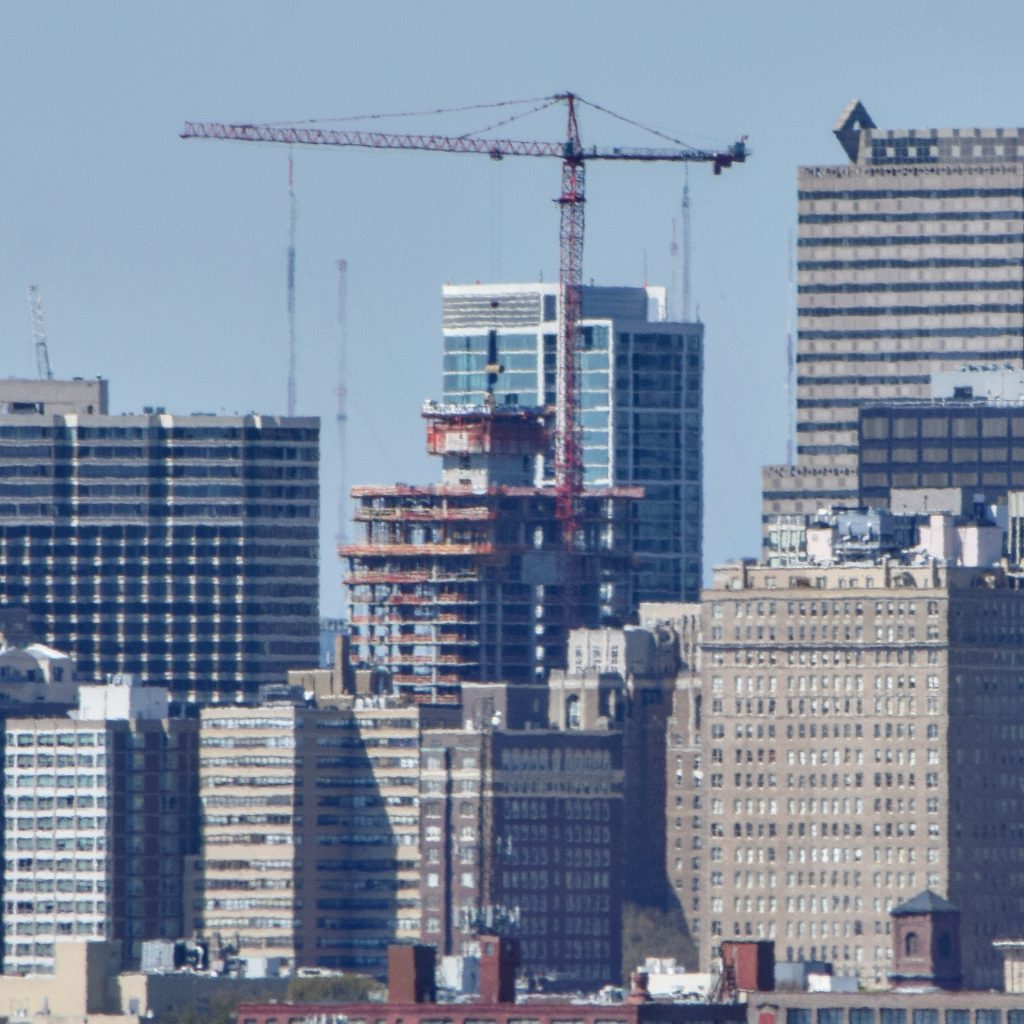 The Laurel Rittenhouse Square and Riverwalk from the Walt Whitman Bridge. Photo by Thomas Koloski

From the vantage point, Arthaus features prominently and stands discretely from the skyline as it is located far to the south of the main group of towers. As we travel west, visually the skyscraper then joins the main skyscraper cluster of towers and shifts next to the W/Element Hotel. In the meantime, the The Laurel Rittenhouse Square comes into view as it rises above 300 feet in height and starts to dominate the Rittenhouse Square area, where its crane rises around 550 feet high. Riverwalk is generally hidden from view from the bridge, with the north tower slightly peeking out while the crane on the south tower is very visible.