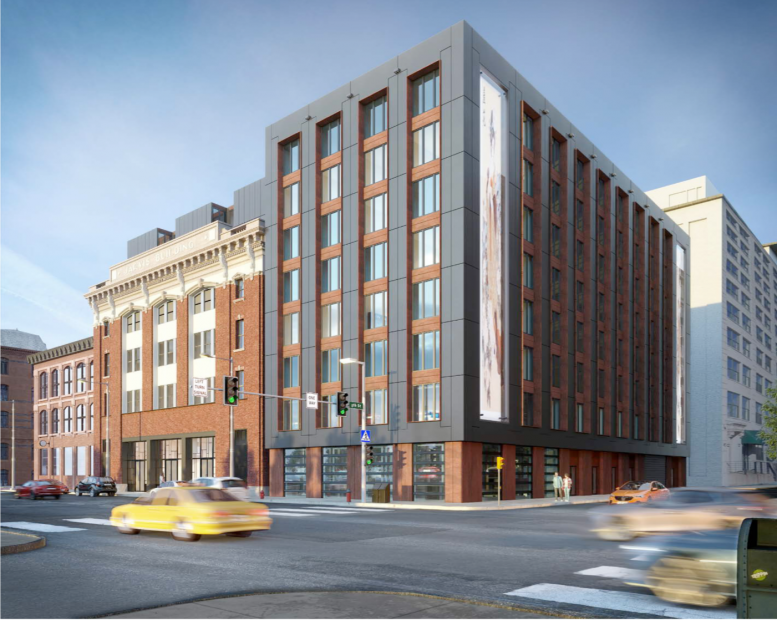 Renderings have been revealed for a 120-unit residential development at 1201-09 Vine Street in The Loft District of Callowhill in lower North Philadelphia. Designed by Cadre Design, the project will consist of a renovation of an existing structure on the site, a two-story vertical overbuild above the building, and a separate eight-story addition. The development will provide 111,683 square feet of space and will include 36 mechanical parking spaces. 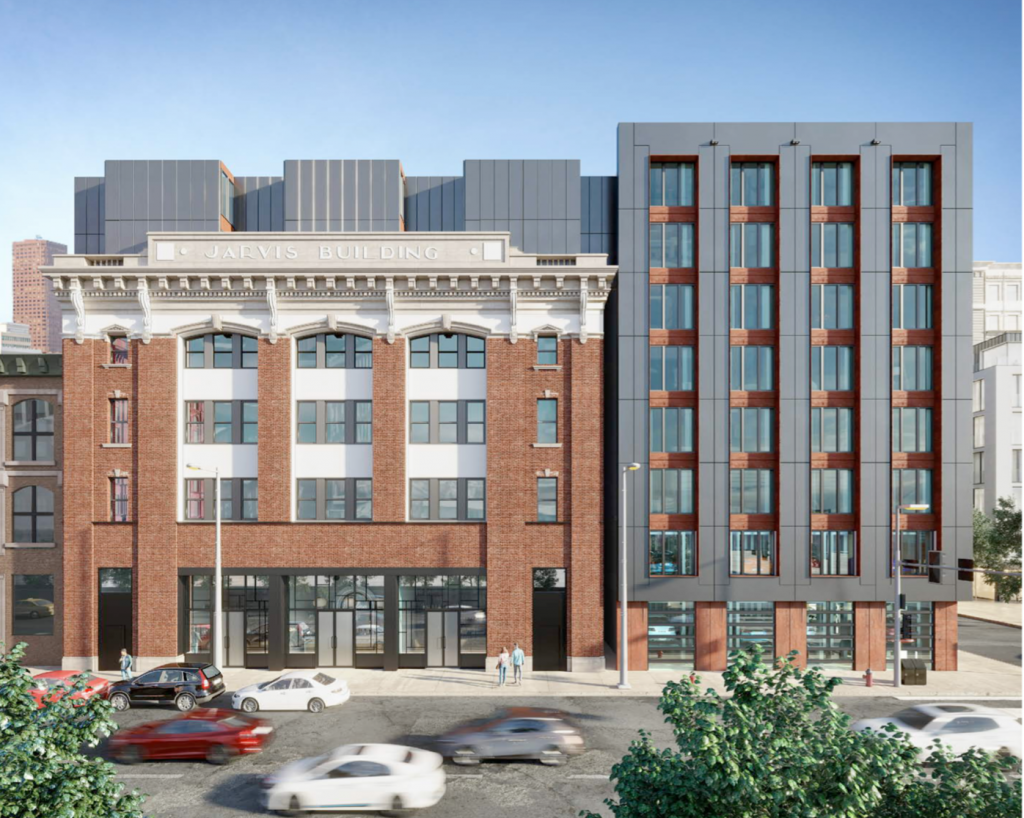 The existing exterior of the Jarvis Building will remain intact, with the attractive brickwork and cornice incorporated into the project. The new addition will present a modern design with gray cladding by columns of windows, with brickwork between the windows. The ground floor will feature floor-to-ceiling windows creating a welcoming street presence.

Artwork will be incorporated into the project’s eastern exterior on the north and south sides. At night, the murals will be lit up, adding texture and depth to the project’s design. 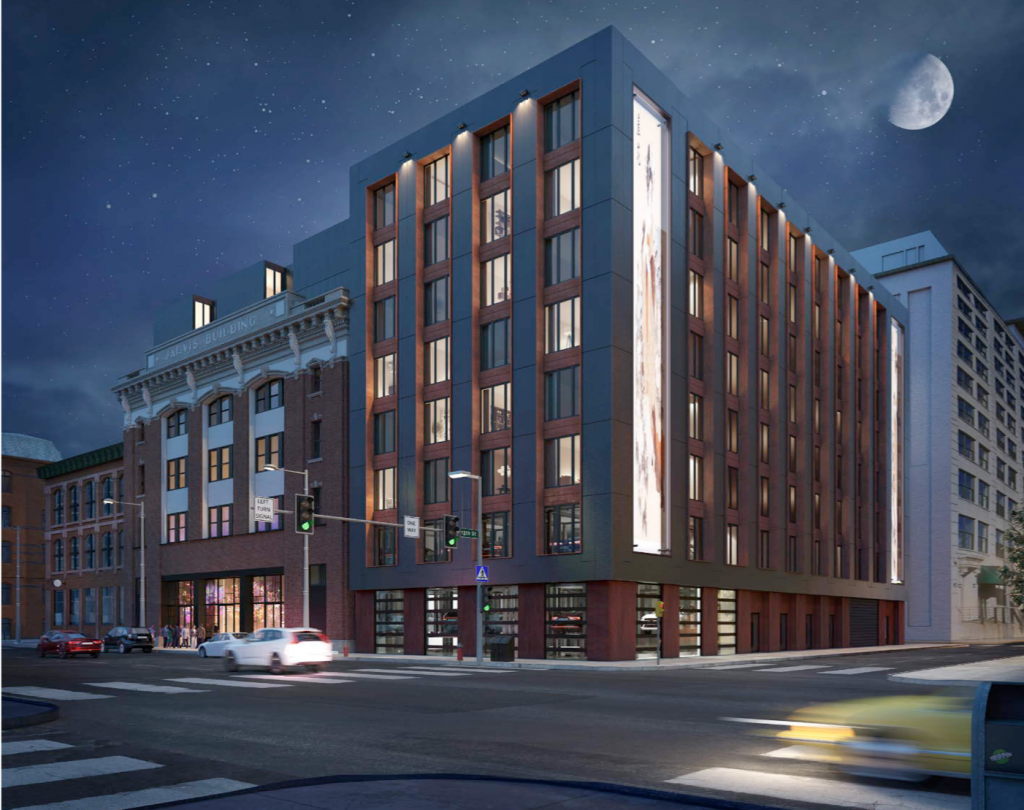 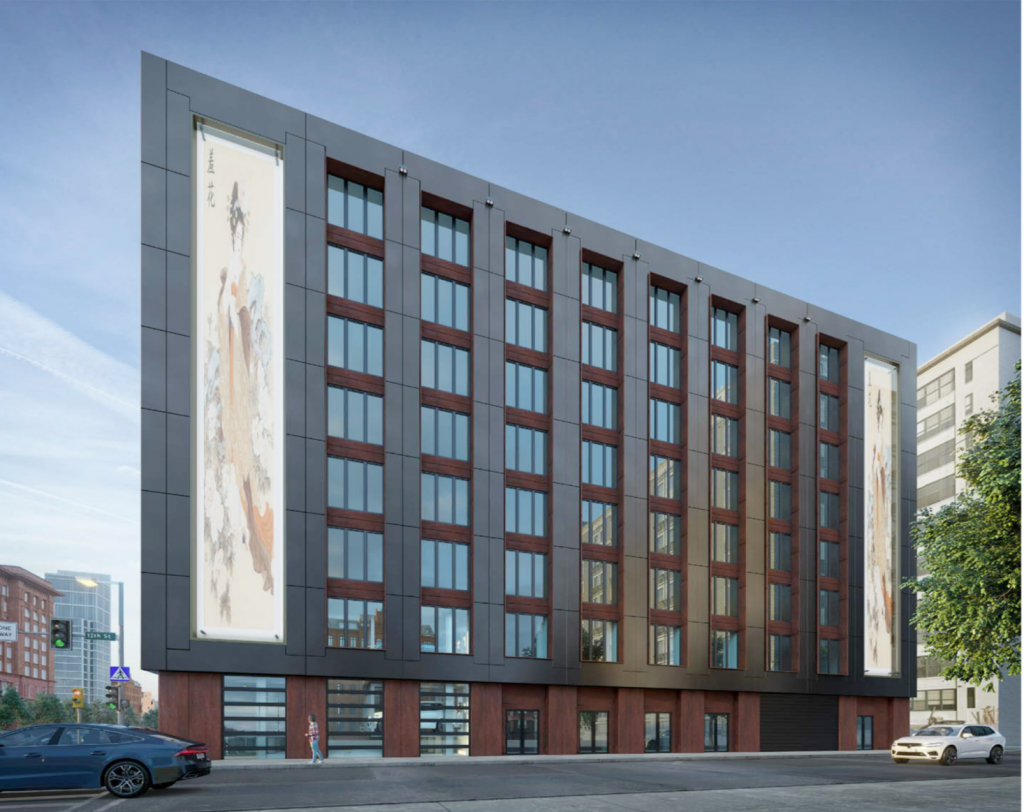 The new addition will replace a surface lot. The project is situated in a highly prominent location at the intersection of Vine Street and North 12th Street. It will also be visible from the adjacent Vine Street Expressway. The addition of 120 residential units at the property will help boost the density of the neighborhood and help solidify the area of North Philadelphia above the expressway and below Spring Garden Street. The Loft District is poised to take off in the coming years with hundreds of new residential units planned in the area. The Rail Park is a large driver of this activity as it provides added appeal via its green space.