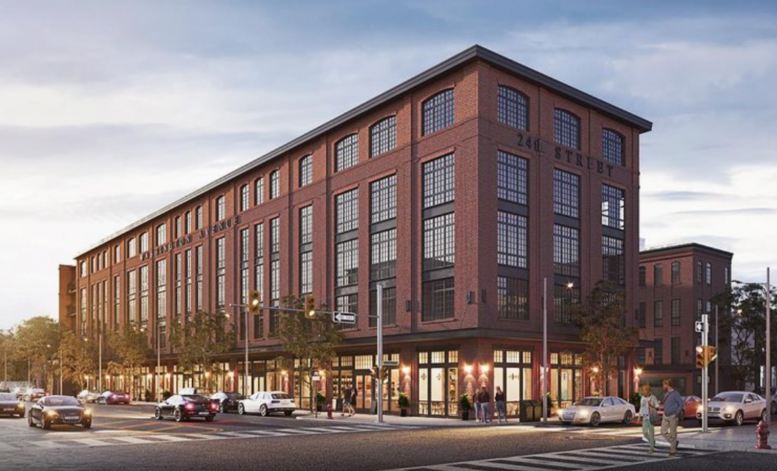 Construction is making rapid progress on Innovator Village, a mixed use development located at 2401 Washington Avenue in Graduate Hospital, South Philadelphia. The development will bring 90 residential units to the site in a mixture of townhomes, duplexes, quadplexes, and a 56-unit mixed-use structure on Washington Avenue. 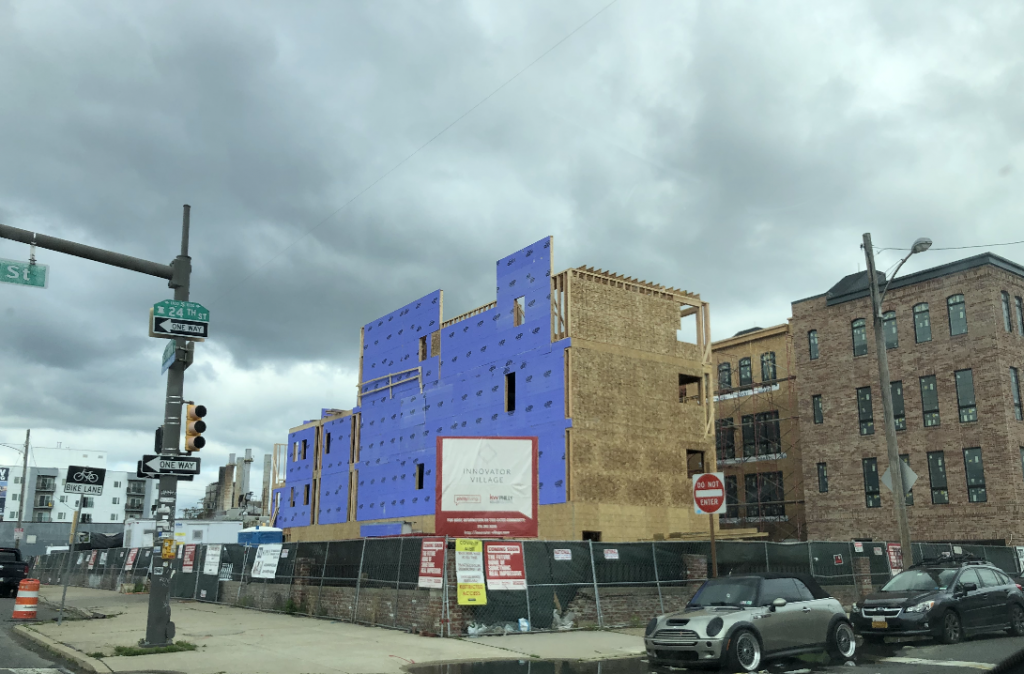 In YIMBY’s last update in late March, framework was observed to be in the early stages of construction. At that time, the northernmost row of buildings were in the early framing stage. Window and façade installation were not yet underway, and the southern row of buildings and mixed-use structure had not yet begun to rise. 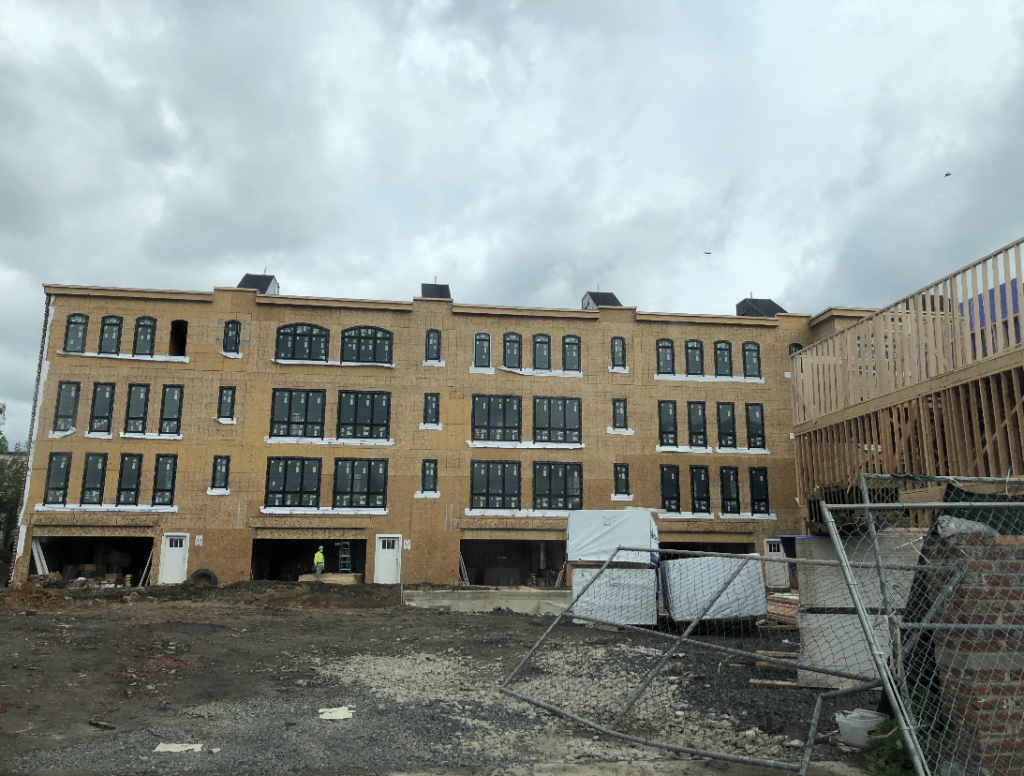 Since then, significant progress has been made. Framework on the northern row has reached completion with the buildings being topped out. Windows have been installed here, and the first brickwork now appears on the easternmost home in the row. Meanwhile, the southern row of buildings is well underway with framing rising on the structures, similar to the stage of the northern row back in March. However, work has yet to begin on the mixed-use structure that is set to anchor the large project. 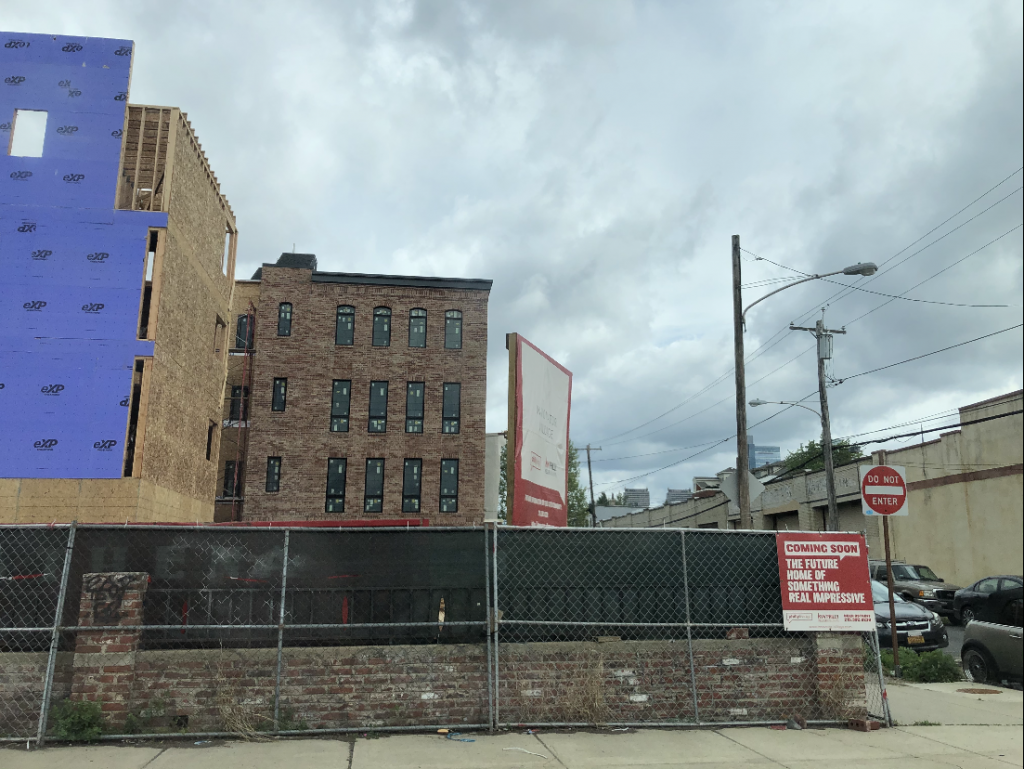 The brickwork on the first home has so far turned out just as the renderings depicted, giving the building a stately industrial look. The project will take on a timeless look with the pairing of brick and large windows resembling many other historic industrial structures throughout the city, a remnant of its rich architectural history.