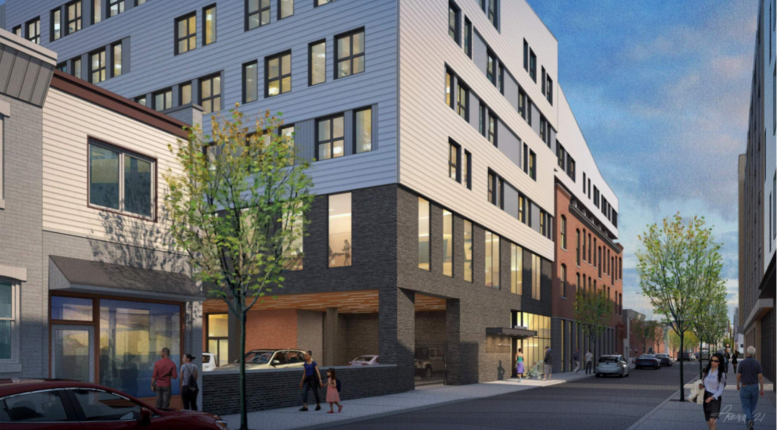 Permits have been issued for Comly Commons, a 139-unit development at 1810-34 East Hagert Street (also known as 1825 East Boston Street) in East Kensington. Designed by SgRA Architecture, the project consists of renovation of multiple existing industrial buildings and additions that will make for a singular, six-story structure. The 133,014-square-foot building which will also hold artisan industrial space. According to permits, construction costs are estimated at $8.45 million. 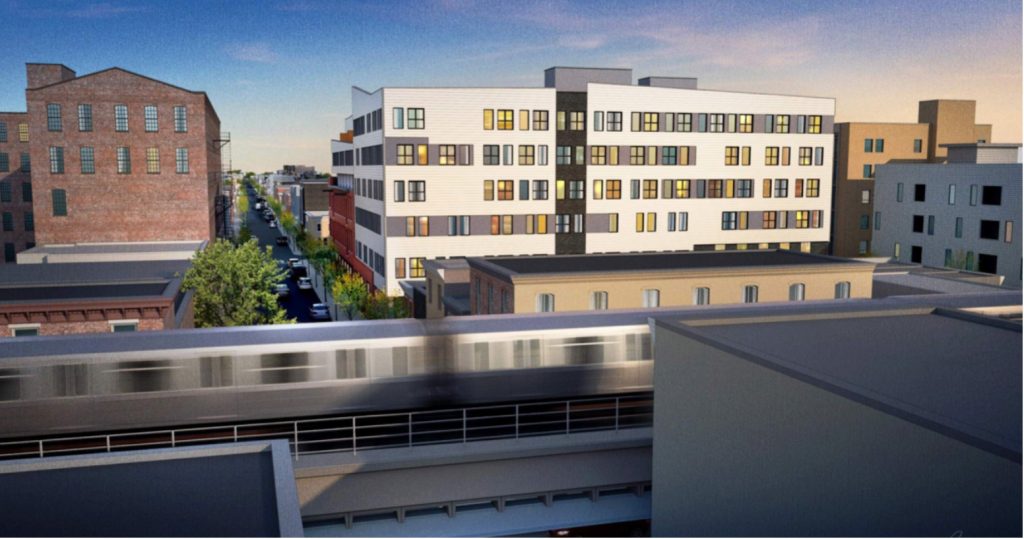 The historic and stately brick exteriors of the existing structures will remain in place and will be incorporated into the design. However, contrast will be added to the design through the modern addition which will see white and gray cladding blended with windows arranged in an alternating pattern. 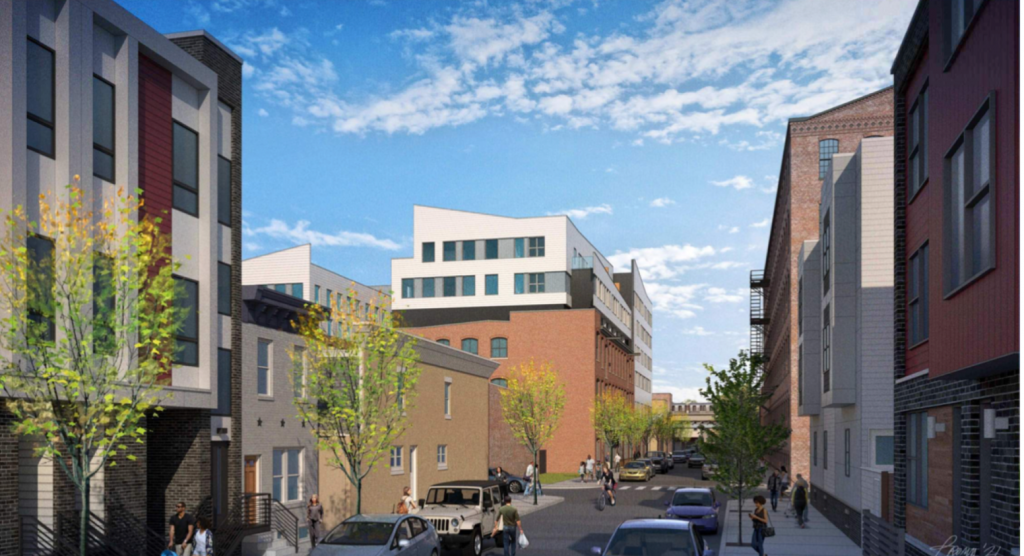 The new development is taking shape in an area that is experiencing a surge of multi-family and mixed-use projects. As neighboring Fishtown continues its development hot-streak, East Kensington is now also participating in the construction boom with hundreds of residential units underway and hundreds more planned to rise in the near future.

The new development preserves the existing buildings at the site while adding to the structures and bringing them to a more modern use. Transit access is offered just steps away to the Market-Frankford Line. The other major draw to the neighborhood is the many restaurants and businesses offered along streets such as Frankford Avenue.

With permits in hand, the development may now proceed into the construction phase. Comly Commons went to the Civic Design Review just a couple of months ago when YIMBY first shared the project with readers. The rapid progress from the project’s unveiling through the permitting suggests the developers plan to proceed quickly with the development, and construction could potentially begin as soon as this coming summer.