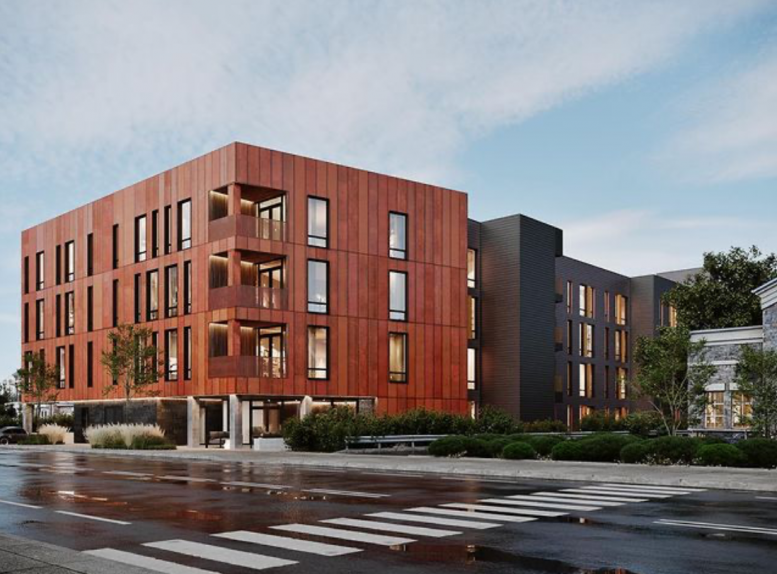 Renderings have been revealed for The Royale, a 77-unit building proposed at 6910 Ridge Avenue in Roxborough, Northwest Philadelphia. Designed by M Architects and developed by Stamm Development Group, the structure will rise four stories, with parking included at the ground floor. The modern exterior will stand out along the corridor. Towards the front, brightly colored cladding will cover the top three floors as the most prominent feature of the structure.  The ground floor will include the entrance to the drive aisle. The rear portion will feature gray brick, adding more texture and contrast to the design. Windows will alternate in width, creating a pattern that will be a notable feature of the structure, while allowing a large amount of natural light to reach the interior. 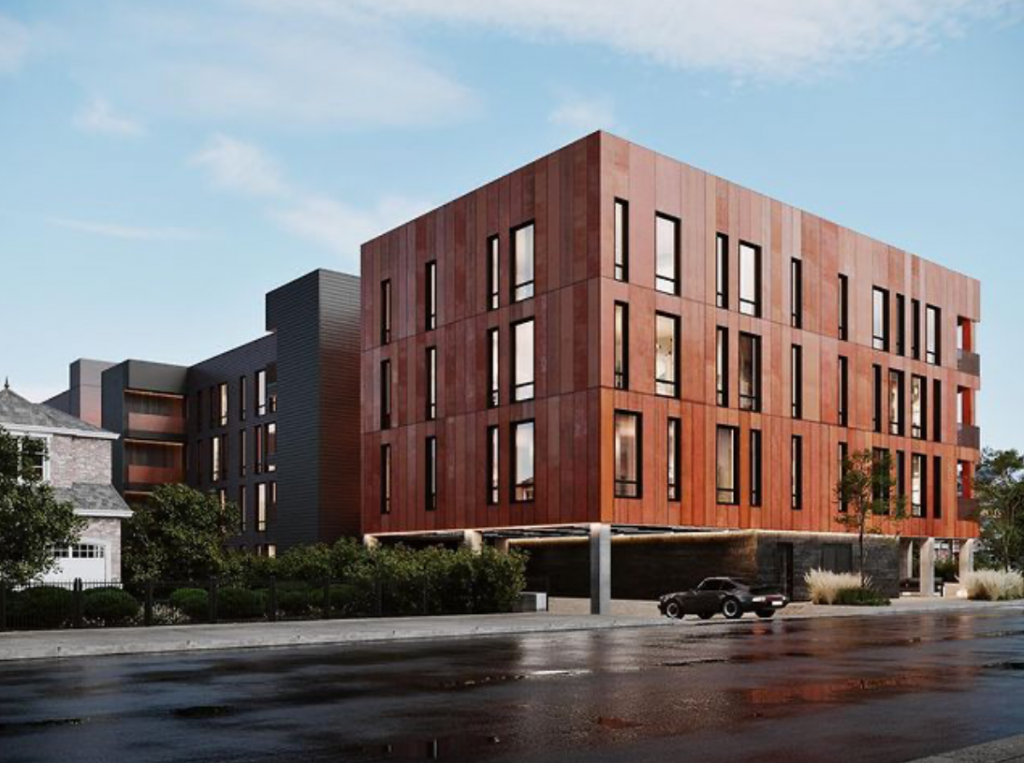 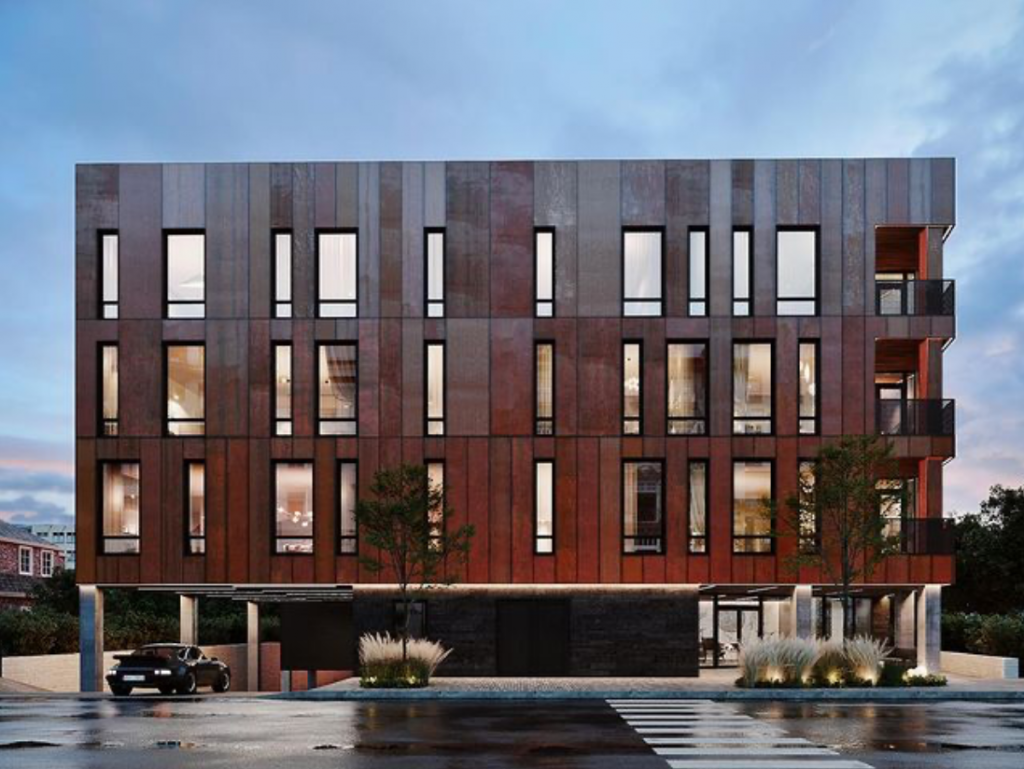 The building will also offer a solid street presence along Ridge Avenue that will help continue the trend of making it a more urban corridor along this stretch in Roxborough. The drive aisle will occupy a small portion of it, briefly interrupting the sidewalk to allow vehicles to enter and exit the building’s planned parking spaces. A wide sidewalk will be offered in other areas with plants and trees adding shade and greenery based on the renderings. 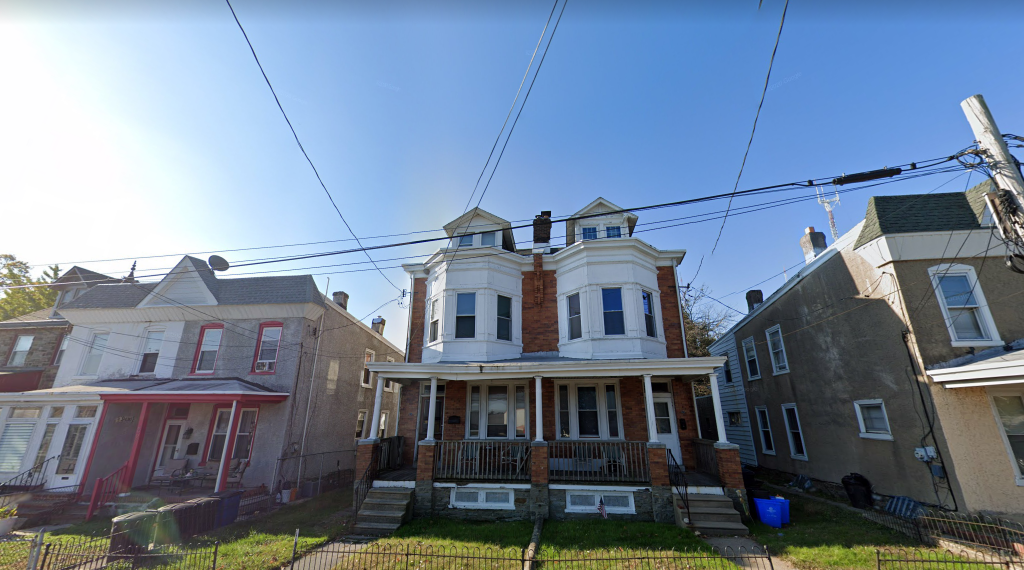 The new building will be replacing a small row of homes, the most notable of which are pictured above. The homes feature attractive exteriors comprised mostly of brick, with bay windows on the second floor and dormers on the third floor. While there is nothing wrong with the existing homes which are similar to many other homes in the neighborhood, the planned development should increase the property’s contribution to the neighborhood. 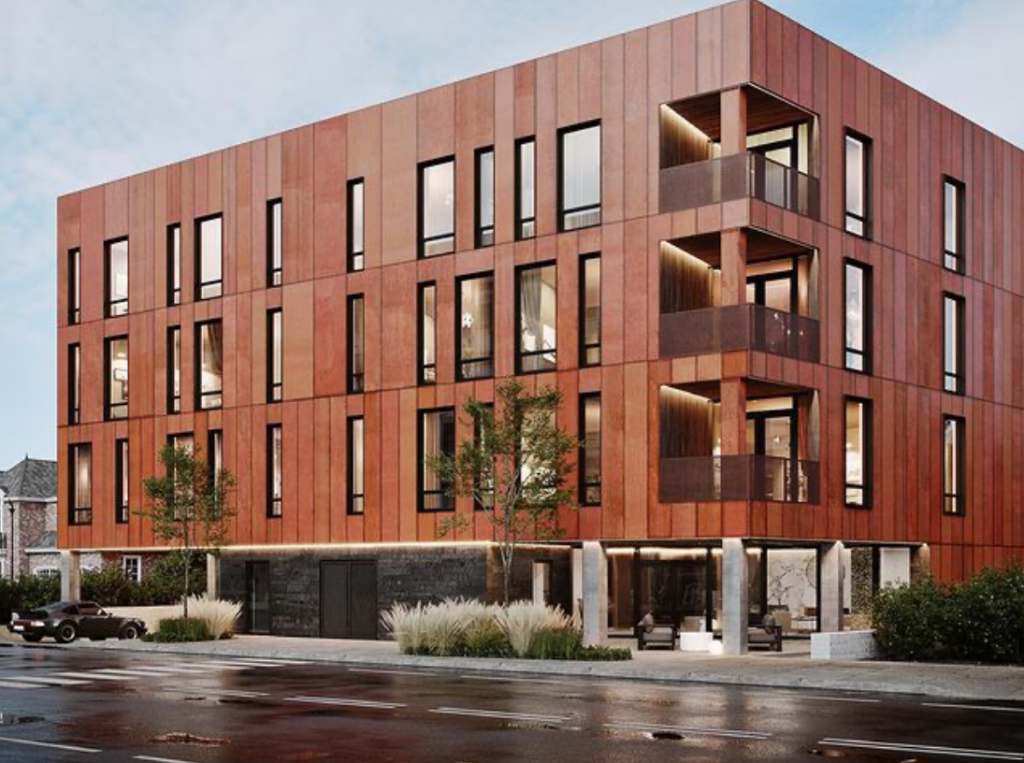 The new development will add more density along the Ridge Avenue corridor, a stretch that has seen a massive amount of density due to its generous zoning. Because of said zoning, many new multi-family developments, some including commercial space, have been added along the corridor in recent years.  This transformation has added a more urban-like presence along the street, diluting
the former suburban atmosphere. 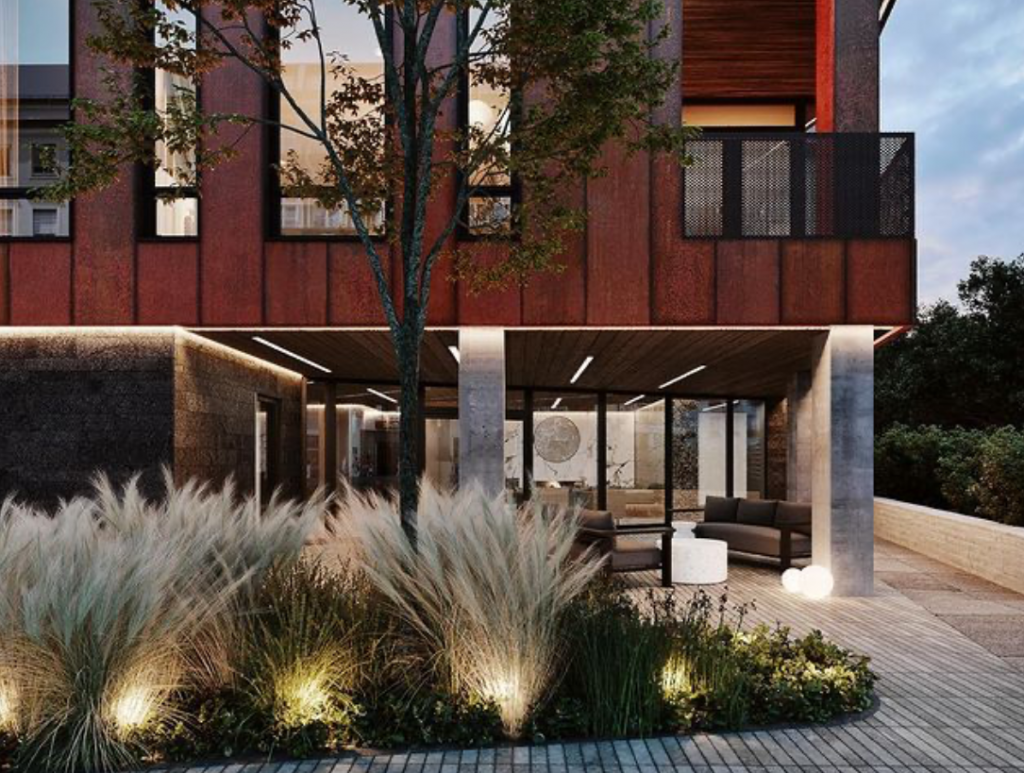 No completion date is known at this time, though the structure may be finished by 2022 or 2023.

17 Comments on "Renderings Revealed for The Royale at 6910 Ridge Avenue in Roxborough, Northwest Philadelphia"