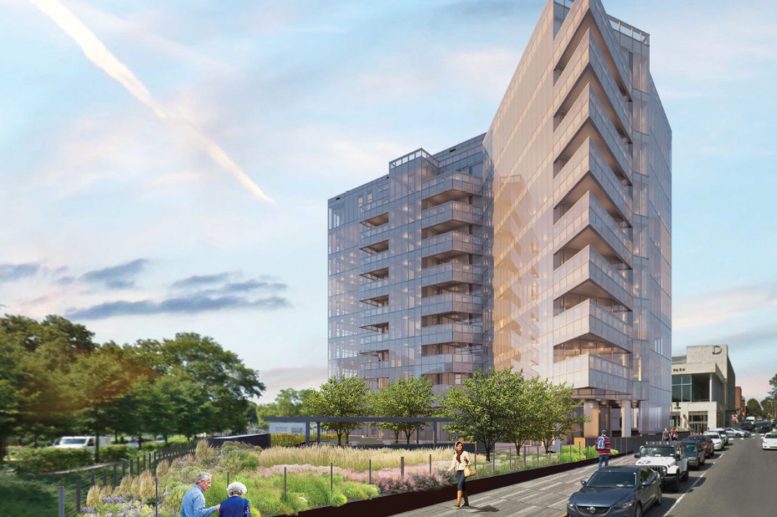 Facade work has been completed at the 11-story development at 2100 Hamilton Street in Franklintown (also known as Baldwin Park). Designed by Cecil Baker + Partners and developed by the Bock Development Group, the building stands 115 feet tall and will have 27 condominium units. Situated within a short walk from the Philadelphia Museum of Art and just to the north of the Center City skyscrapers, the project brings a modern look to an area that does not see much new development. 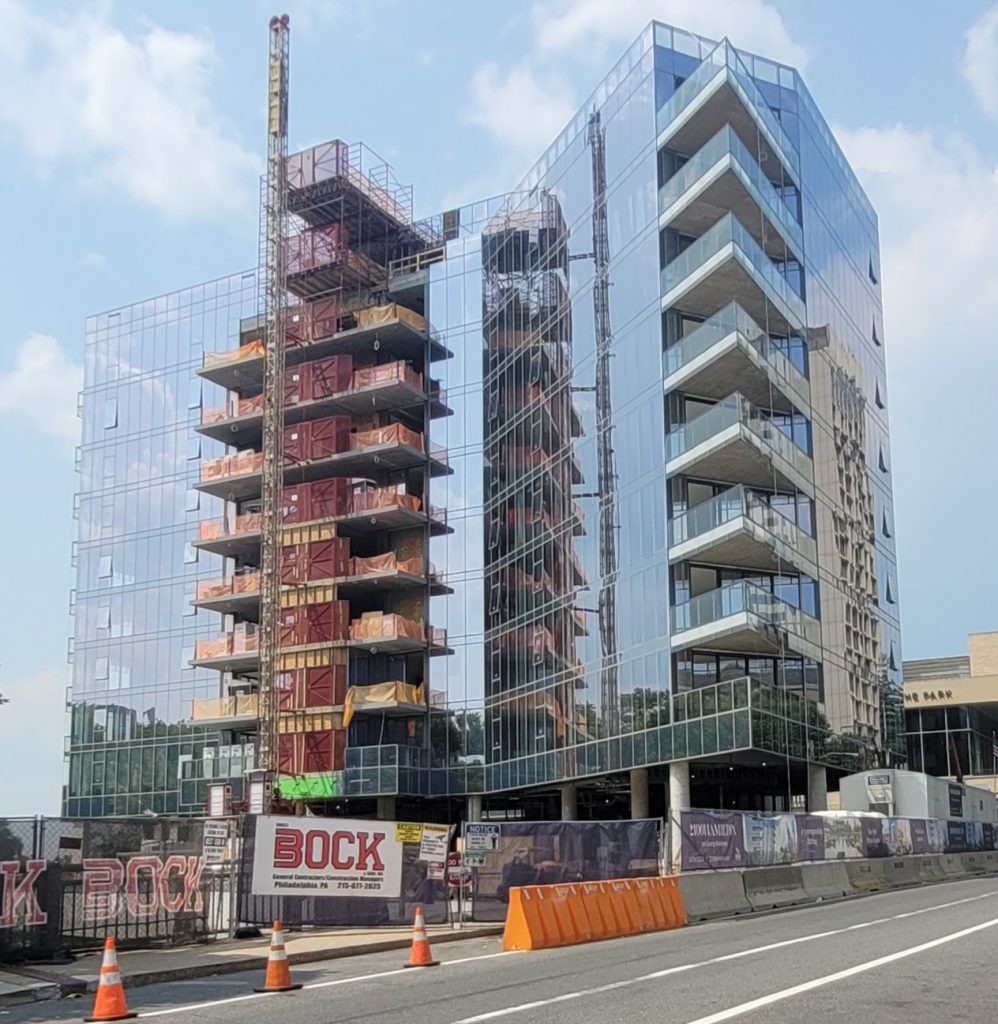 In the last update, the exterior looked nearly complete as the glass was about to reach the very top of the building. The balconies still had no cladding, blocked off with orange construction fencing instead. The ground floor also had no glass exterior, with the core exposed on the north side. The building was starting to come into view from various angles. The glass contrasts to the surrounding structures, making the proposal boldly stand out in the neighborhood. 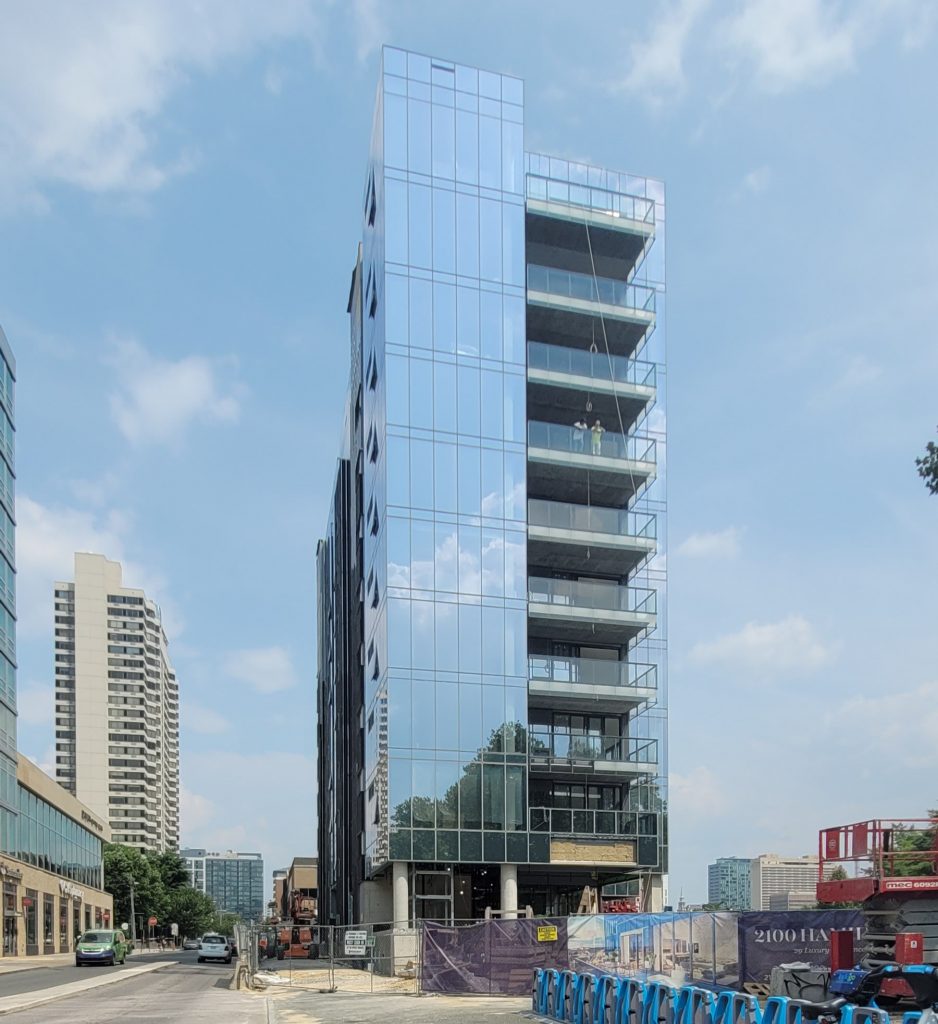 The building now looks way closer to completion as the structure is now covered with much more glass. The glass had reached the very top of the structure, and the parapet has been installed. The balustrades have also been installed on almost every balcony, where future residents may enjoy city views. Work is still being done at the first floor and the materials in front of the building are starting to clear up. We expect the construction elevator to come down in the near future and the final balconies will be completed.

3 Comments on "Facade Complete at 2100 Hamilton Street in Franklintown"