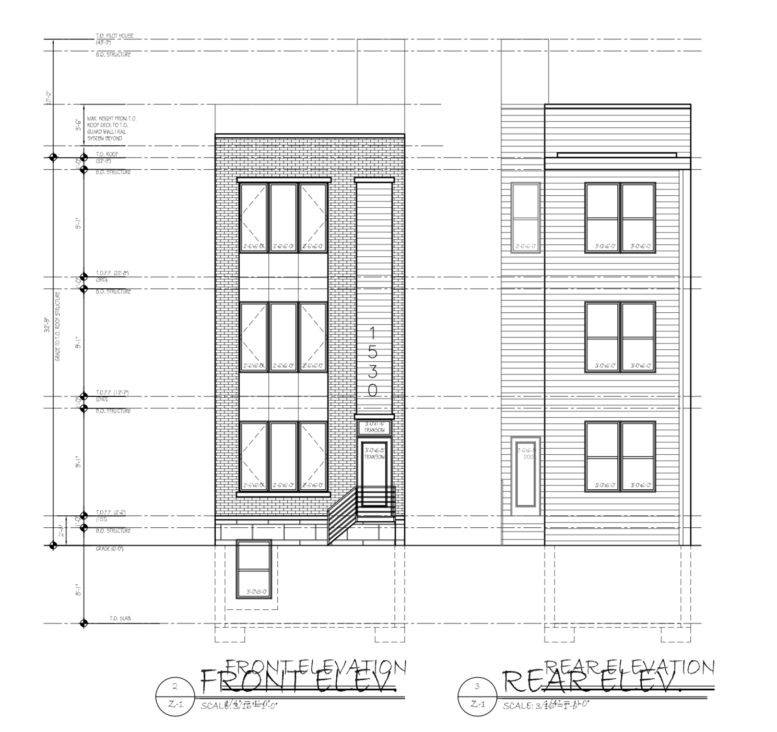 Permits have been issued for the construction of a multi-family development at 711 Brooklyn Street in Haverford North, West Philadelphia. Designed by KCA Design Associates, the building will rise three stories tall and hold three apartments. In total, the structure will span 3,600 square feet. Permits list construction costs at $400,000.

The building’s modern design resembles that of other projects throughout the city from this and other firms, and will be a solid addition to this block of Brooklyn Street. Brick will be used throughout the facade, rising the full three-story height in vertical rows before spanning the width of the building at the very top. Vertical strips are carved out of the brick to provide space for windows and a secondary cladding material. The single front door will sit slightly elevated from the sidewalk and is to be connected via a small porch stair. A cast stone base will line the footprint. Not street-facing sides of the building will be clad in siding.

The structure will replace a vacant lot on a block that had been nearly entirely destroyed during the neighborhood’s period of decline. A battered chain link fence fronts the street, with an unsightly dirt patch behind. Many neighboring properties look very similar, with dirt lots strewn with trash. 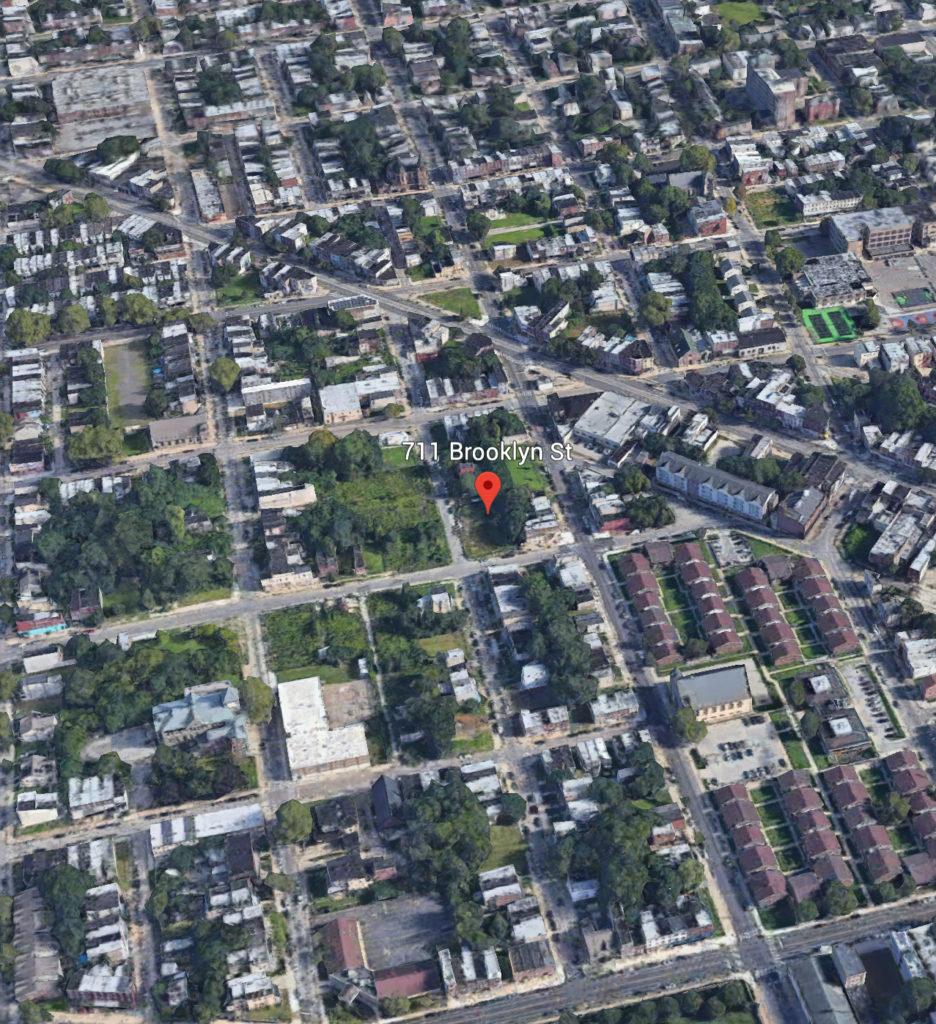 The new structure will be the first to arrive back on the block, and will do contribute toward improving the existing conditions on the site. It is always interesting to see the first new structures filling in large vacant swaths of land, such as this project.

The degree of density being brought with the project is very common for the area, but is still notable and exciting for this location. If all rowhome-sized properties in the area were to be replaced with new triplexes, the population of Haverford North would surge, as would its density. As YIMBY has commented numerous times, this density would only help in aiding Lancaster Avenue become one of the most vibrant commercial corridors in the city, as it is lined with transit and and offers many development opportunities.

The block’s further development is only a matter of time.