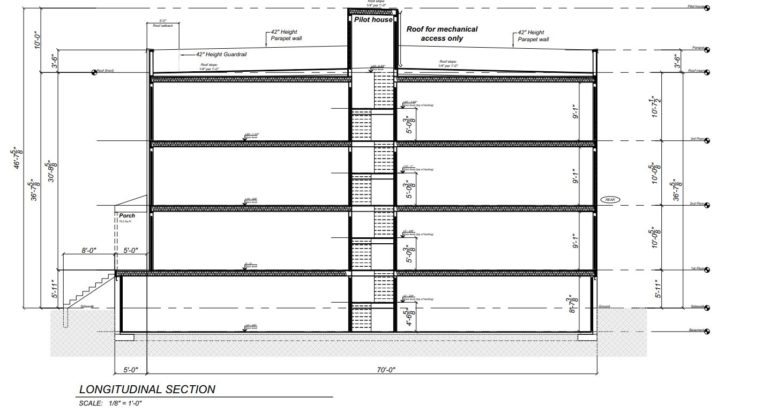 A series of five adjacent three-story, six-unit apartment buildings have been proposed at 3837 through 3845 Wallace Street in Mantua, West Philadelphia, yielding a total of 30 apartments. Designed by Haverford Square Designs, each structure will span 4,500 square feet, lending an average of 750 square feet per unit, and will feature a basement, nine-foot-plus ceilings, and full sprinkling. Permits for each structure list Francesco Zampetti as the design professional, Eugene Naydovich of Fitler Development as the contractor, and a construction cost of $200,000. 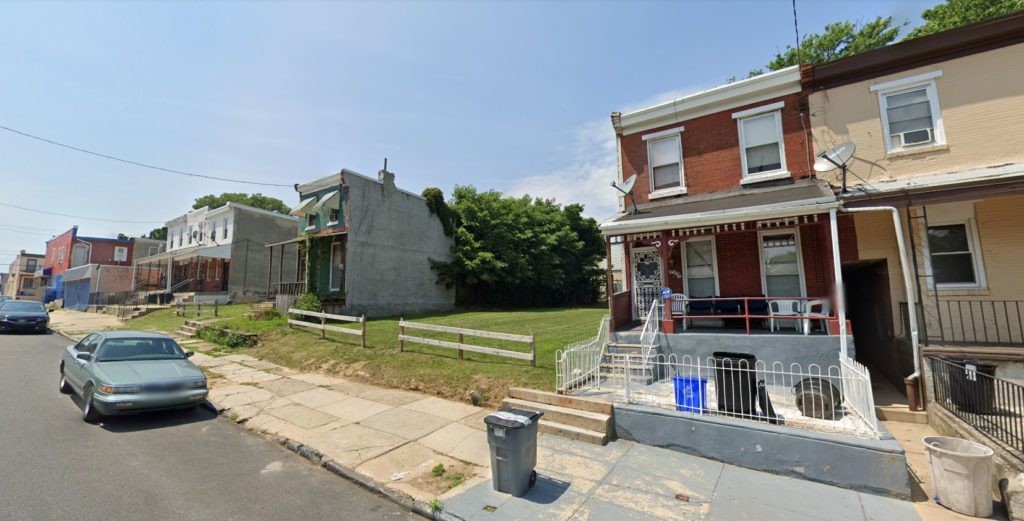 The buildings will rise on the north side of the block between North 38th and North 39th streets, replacing a series of vacant lots as well as one prewar rowhouse. The two-story rowhouse appears to be in rather drab condition and its demolition will be a minor loss for the block; on the other hand, the new development will make for fantastic infill that will restore a street gap that had persisted for around ten years, since the time when most of the rowhouses at the site were demolished around the start of the 2010s. 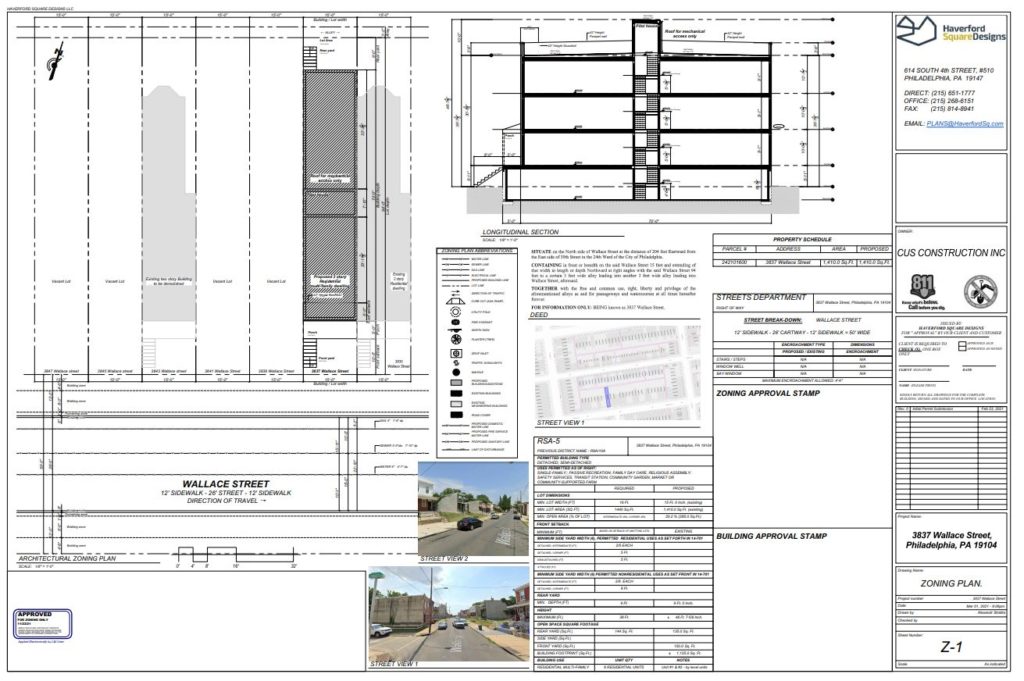 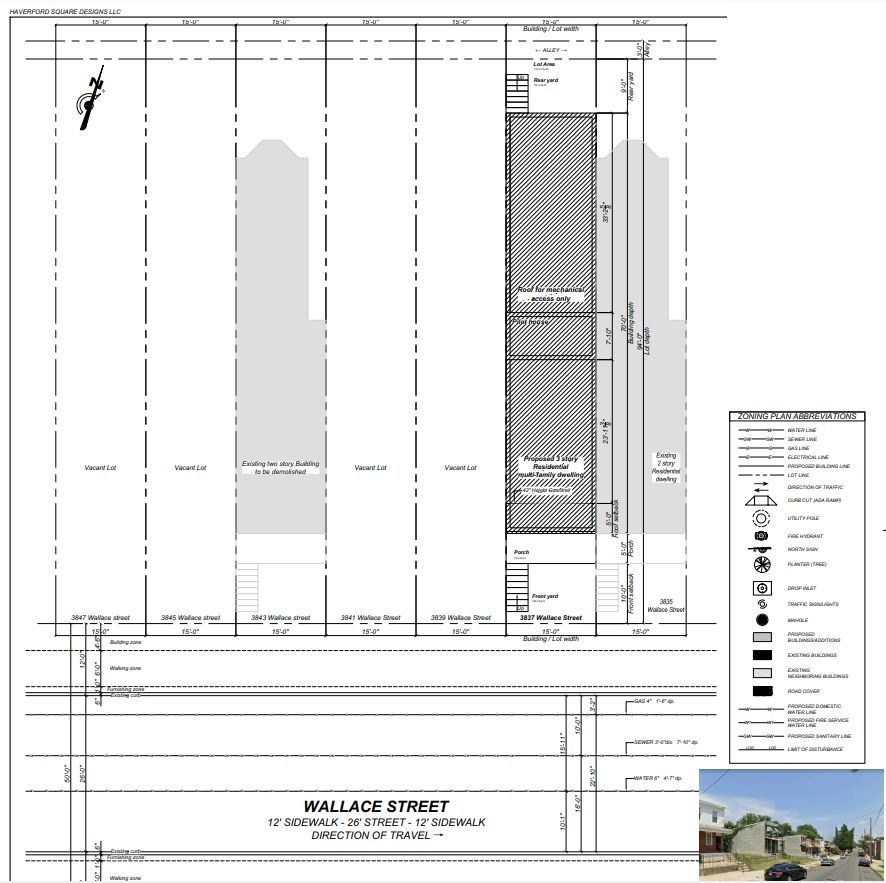 Once again, the fact that developers are maximizing allowable zoning limits down to the inch is evidence that builders are willing to construct as much density as they can, and are being held back from providing more much-needed housing stock by the absurdly low height and unit count limits that persist throughout much of the city. 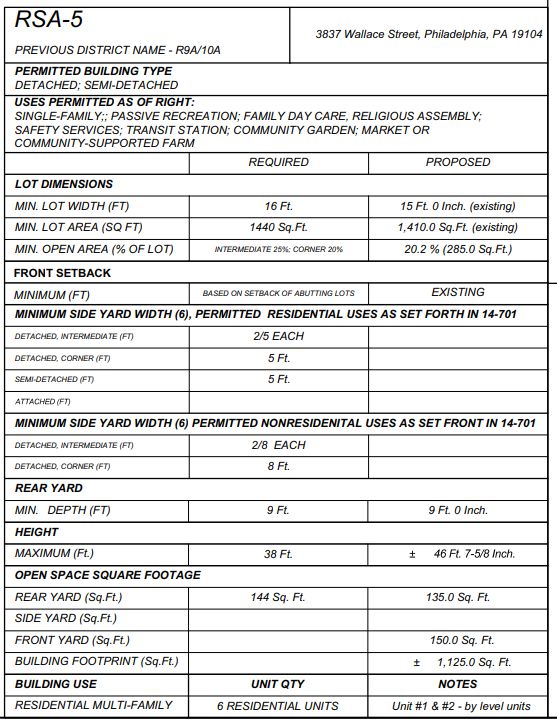 Be the first to comment on "Five Six-Unit Buildings Proposed at 3837-45 Wallace Street in Mantua, West Philadelphia"