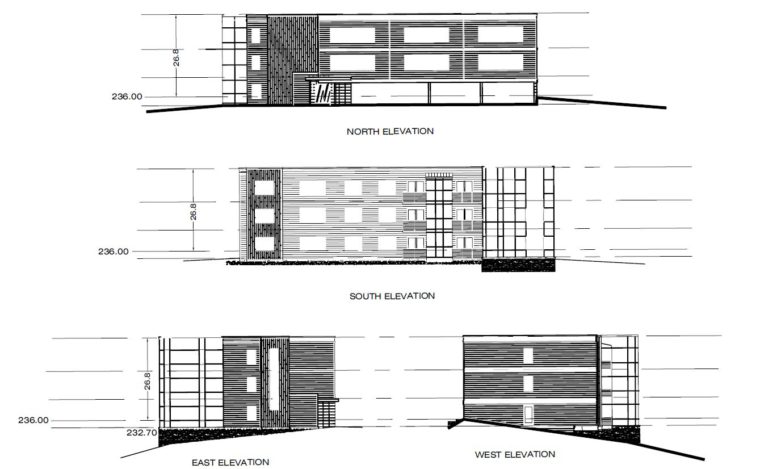 Permits have been issued for the construction of a three-story, 15-unit apartment building at 3838-52 Pechin Street in Manayunk, Northwest Philadelphia. The development will replace an overgrown lot at a hilltop site at the east side of the block between Ridge Avenue and Hermit Street. Designed by 3GHC Architects and Ruggiero Plante Land Design, the project will span 11,790 square feet and will feature parking for six vehicles. Permits list 2nd Story Renovations as the contractor and a construction cost of $2 million. 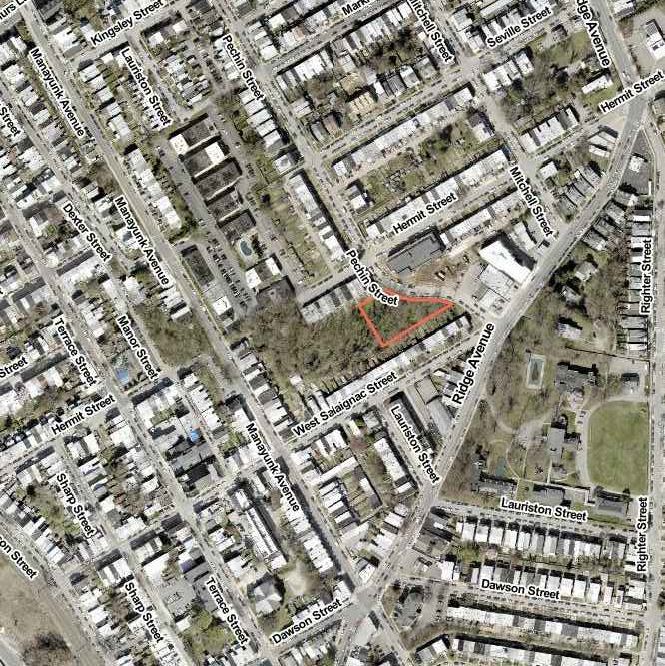 3838-52 Pechin Street is notable for being situated on one of the most challenging development sites among any permit filings covered by YIMBY in recent memory. The site spans a portion of a bluff that steeply rises from the south to the north by around 45 feet, and tentatively separates Wissahickon, located in the valley to the south, from Manayunk, sited past the bluff to the north.

The proposed building will occupy just 21 percent of the site, yet it, along with an adjacent drive aisle, will take up almost all of the relatively flat hilltop portion, extending right to the edge of the steep, roughly 40-foot-high slope to the south. Portions of the structure will be cantilevered directly over the slope, creating a look of a scenic aerie. 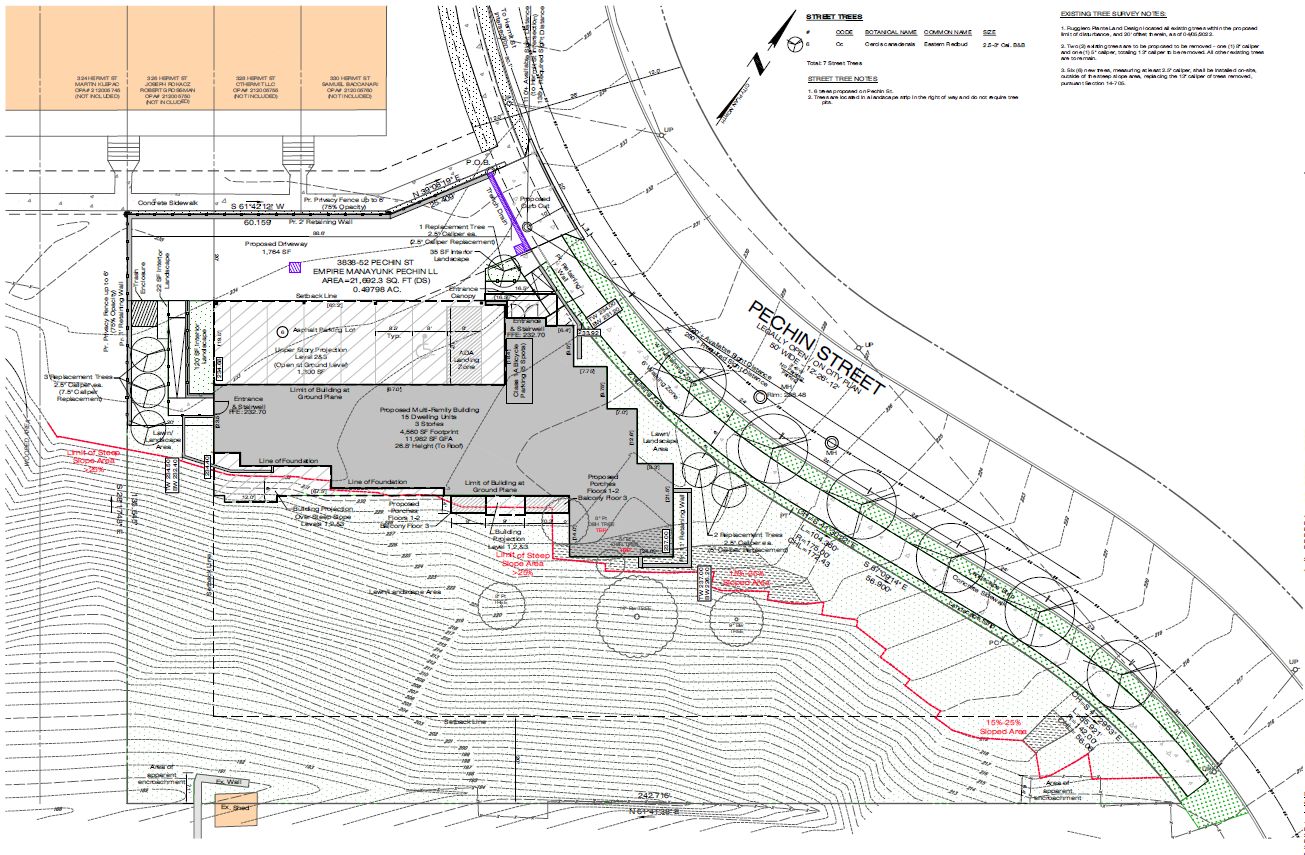 Although the building will rise around 30 feet tall (varying depending on grade), it may appear as high as 70 feet when viewed to the south, although it is not likely to be very visible due to a set of rowhouses blocking the view from this direction. However, residents of south-facing residences look poised to enjoy splendid panoramas of the city that will likely include views of the relatively distant Center City skyline.

Judging by the elevations, the building’s prominent southeast corner will be clad in a distinctive material, possibly with floor-to-ceiling glass. The other elevations will be covered in alternating horizontal and vertical siding, with large windows facing north. A set of balconies will face south, looking out toward panoramic views. Parking will be situated in an open-air space at the ground level beneath the structure at the northern portion of the site.

3838-52 Pechin Street is situated within a ten- to 15-minute walk to the Wissahickon regional rail station to the south, Wissahickon Valley Park to the east, and the Main Street retail corridor along the Schuylkill River waterfront in Manayunk to the west. The development will not be the only new addition to the immediate vicinity, with The Flats at Pechin apartment building recently completed across the street to the north at 3857 Pechin Street.

Although exterior design for 3838-52 Pechin Street appears rather conventional, at least judging from schematic diagrams available in the zoning submission, the building layout offers a distinct and creative resolution to a challenging yet unique and potentially rewarding construction site. YIMBY encourages more developers and designers to seek unique, creative approaches to building design and urges the city to add flexibility to its rigid zoning codes to allow for more such design resolutions.