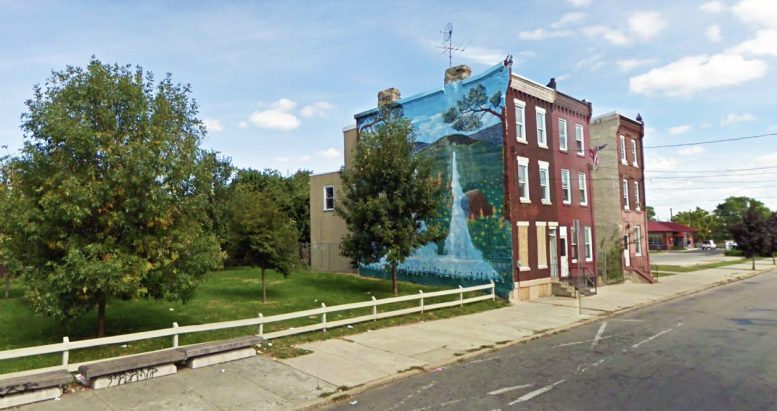 The structure will take up at least a portion of a currently vacant site that spans around 65 feet along West Berks Street. As far as vacant lots go, this one is rather attractive, resembling a garden with its neat lawn, several large trees, and two-plank wooden fence. A three-story-tall mural of an idyllic green landscape further supports the green space.

Unfortunately, the new structure will intrude in the middle of the green space and will partially, or possibly entirely, obstruct the mural. However, added density is a welcome development for the area that was hard-hit by the post-war period of depopulation and abandonment, although the area has seen sporadic growth over the years.

There is still plenty of development potential on the surrounding blocks due to the location, available land, and existing infrastructure. Temple University, a major construction catalyst, sits a short walk to the west. The nearby Temple University regional rail station offers convenient commute to Center City, University City, and beyond. Bike lanes run both ways along West Berks Street. The new building would share the block with a suburban-style “big box” Cousin’s supermarket, providing ample local grocery shopping. 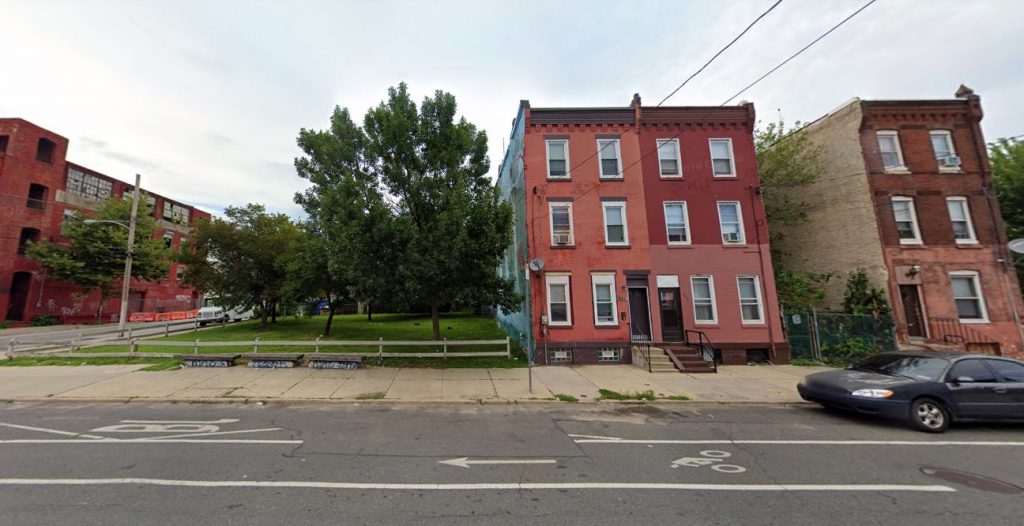