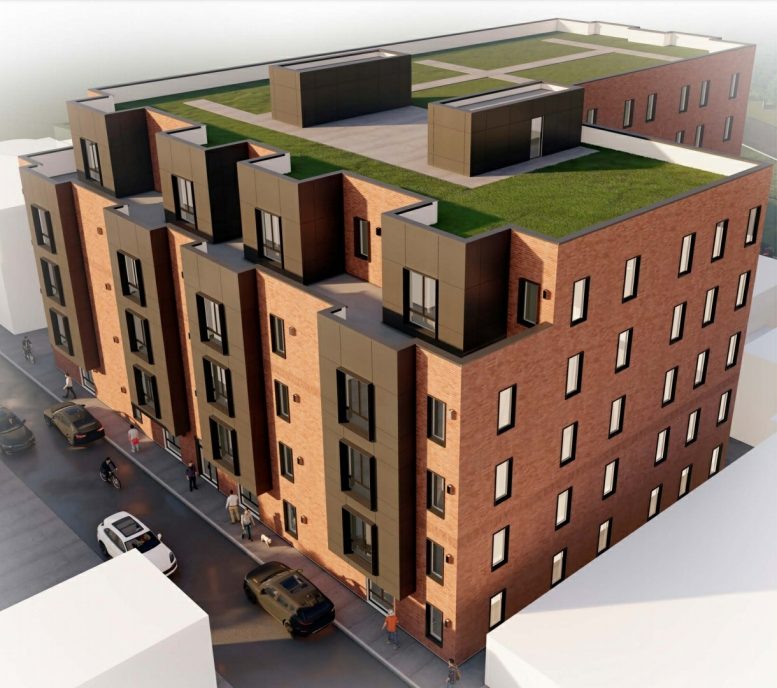 DTEG Investments LLC has proposed a five-story apartment building at 3314 Fairmount Avenue in Mantua, West Philadelphia. Designed by KCA Design Associates, the structure would stand as one of the largest apartment buildings in the neighborhood. The L-shaped, elevator-serviced project will feature 90 one- and two-bedroom residential units spanning from 520 to 940 square feet. Parking space for 30 bicycles will also be provided.

As described by the architects in the Civic Design Review submission, the exterior will feature an “industrially inspired pallete of red brick, cast stone accents, and a variety of metal rainscreen paneling,” making for a distinct appearance in a rowhouse-dominated neighborhood. The north and south façades will sport protruding metal-sheathed window bays. The south façade facing Melon Street includes a sixth-story setback with terraces. A green roof spans much of the parapet.

The site is located next to a warehouse for the Philadelphia Zoo, which is located two blocks to the north. The 38 bus runs a block to the north on Mantua Avenue, while the nearby Schuylkill Expressway provides extensive driving commute options. The development is among the largest of those on the drawing boards in Mantua, a neighborhood that is seeing a flurry of construction filings in part as a response to the development boom occurring in University City to the south. 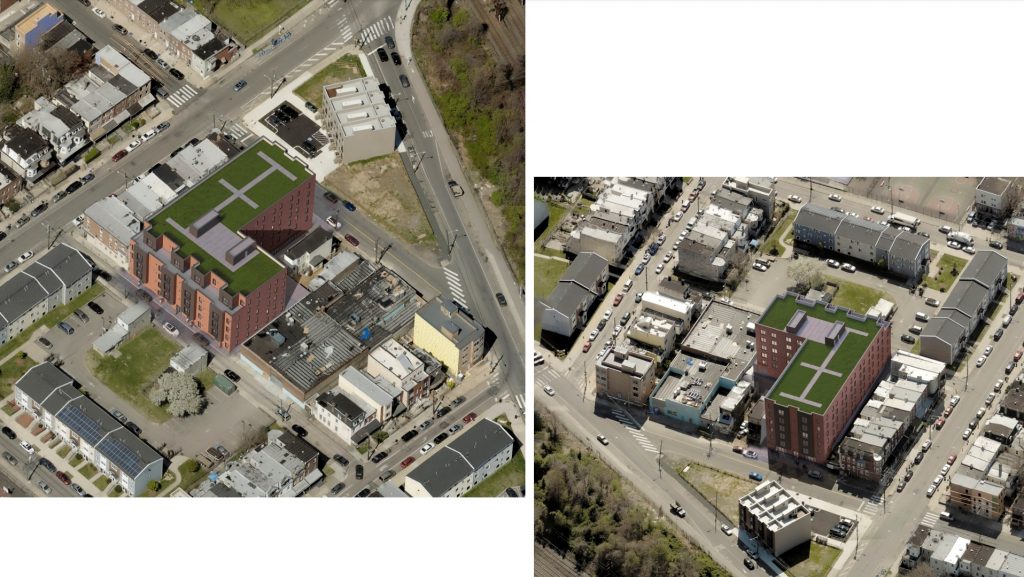 Be the first to comment on "Five-Story Apartment Building Proposed for 3314 Fairmount Avenue in Mantua, West Philadelphia"