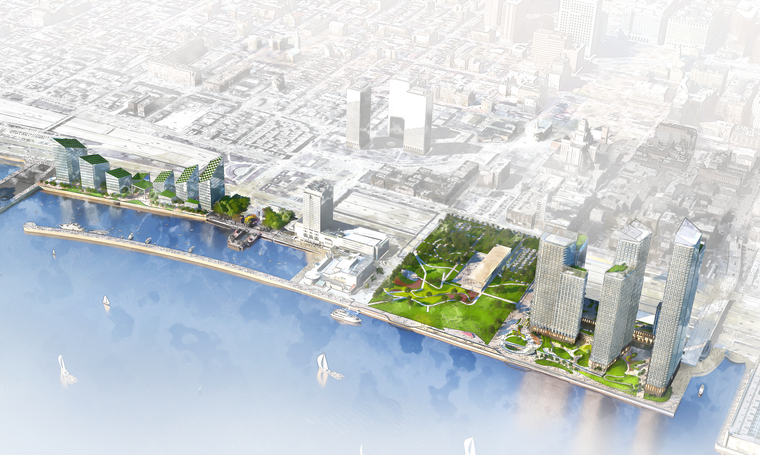 After a lengthy review process, on Wednesday the New York-based Durst Organization was selected to head the Penn’s Landing redevelopment on the Delaware River waterfront in Center City. Durst’s master plan consists of an expanded Penn’s Landing park as well as new waterfront park space and several high-rise buildings, the tallest of which appears to reach around 700 feet. The plan is expected to bring 3.6 million square feet of floor space, much of which would be designated for 1,834 residential units. The development will leave a dramatic impact both on the riverfront and on the city skyline. 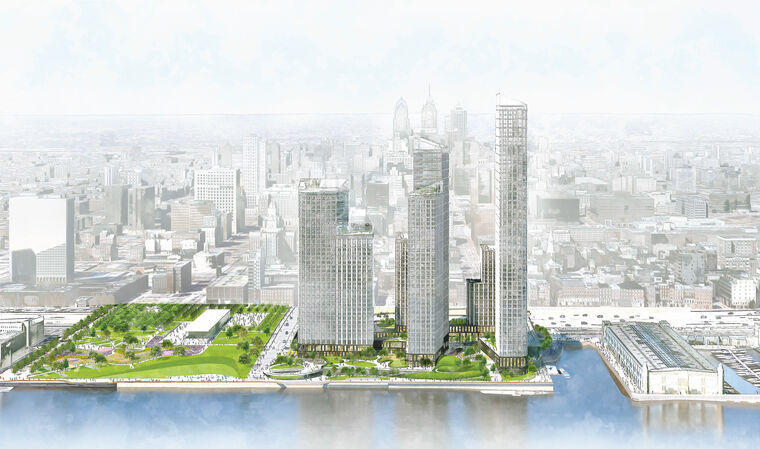 Redevelopment towers to the north. Image by The Durst Organization

According to the DRWC, Durst’s plan was the most consistent with an overarching, long-planned area master plan that, among other goals, aims to expand pedestrian river access, create new bicycle trails, incentivize private development, and provide communal spaces. The development is also projected to generate tax revenue of $62 million for the commonwealth and schools around the city. 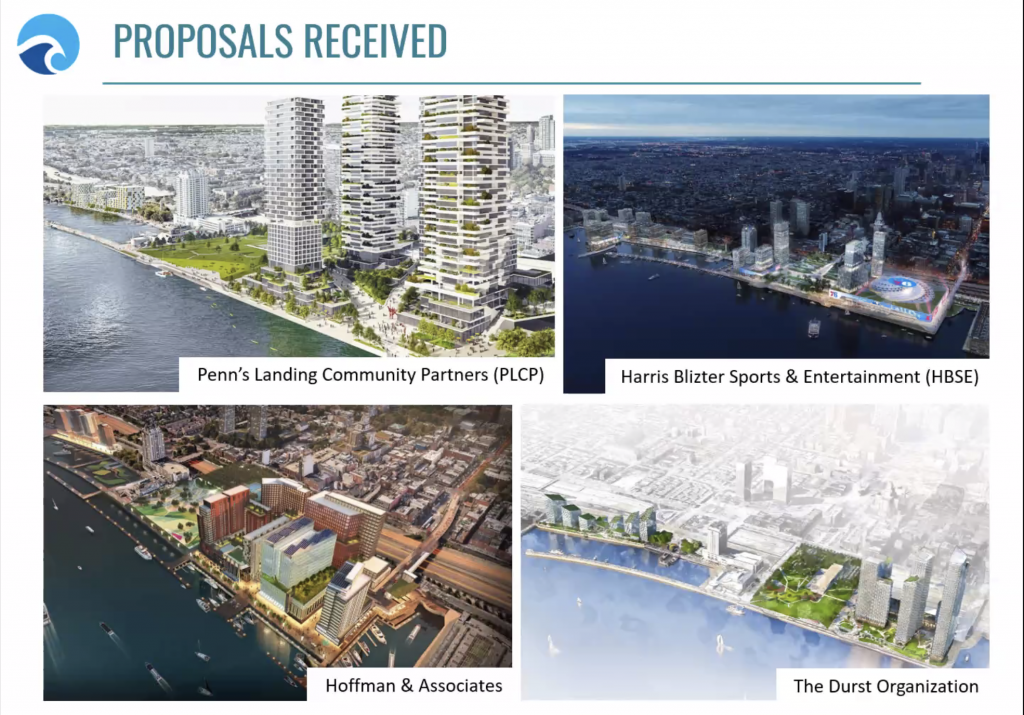 The planned 11.5-acre park would span the space stretching from the Penn’s Landing Dog Park to Lombard Circle Parking Lot. A new elevated deck will cover the portion of the I-95 expressway between Walnut and Chestnut streets, which would integrate the smaller, existing I-95 Park cantilevered above the highway. A notable step toward project development was the recent demolition of the concrete support arch for the cancelled tram that was planned to connect Philadelphia with the Camden waterfront across the river.

Renderings show several mid- to high-rise buildings rising on the narrow lot in the project’s southern portion. These structures appear to be clad in glass with sharply pointed crowns aligned with one another in a concave pattern and topped with greenery. The three towers planned north of the main park appear to stand from around 400 to 700 feet to the tops of their slanted crowns, making a dramatic statement on the skyline that would look particularly prominent from the Camden Waterfront. In terms of scale and skyline impact, Penn’s Landing appears comparable to the Schuylkill Yards development in progress in University City on the west side of the Schuylkill River.

Construction is expected cost around $2.2 billion. The development timeline is projected to stretch around eight years, though no construction start date has yet been listed.