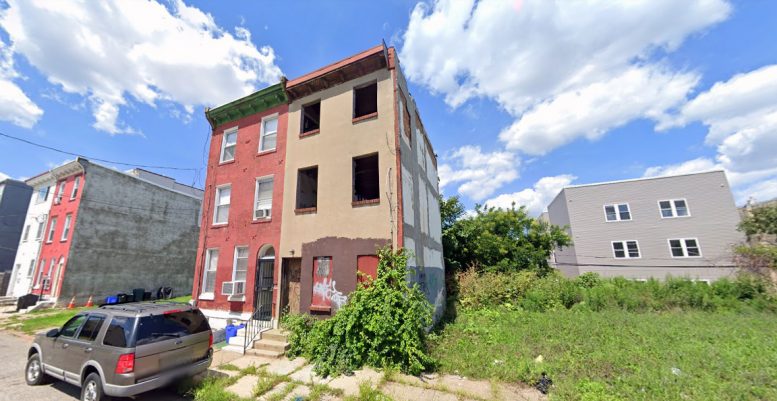 Until recently, the block preserved most of its prewar rowhouse stock, albeit in a dilapidated form. Some time between 2011 and 2014, a number of nearby abandoned structures were demolished, leaving 1933 Nicholas Street and its attached neighbor at number 1935 standing between expansive vacant lots. Today, the block retains less than half of its original prewar building stock. 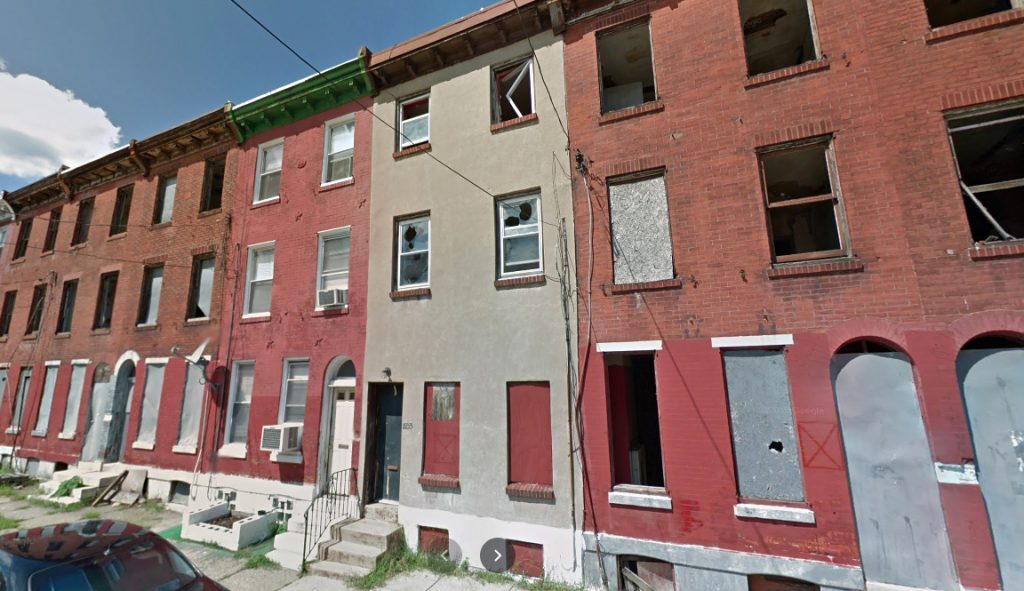 However, there are indications that the block will not sit vacant for long. The site sits one short block south of the lively commercial corridor at Cecil B. Moore Avenue and within a ten-minute walk to the Cecil B. Moore station of the Broad Street SEPTA line and Temple University, which has been a major driver of local real estate growth for the past two decades. Some time between 2011 and 2014, a building at the west end of the block was extensively renovated, and another three-story structure rose near the block’s east end last year, the first postwar structure on the block. We may reasonably expect more development to follow on the adjacent lots in the near future.

Be the first to comment on "Demolition Permits Filed at 1933 Nicholas Street in Cecil B. Moore, North Philadelphia"