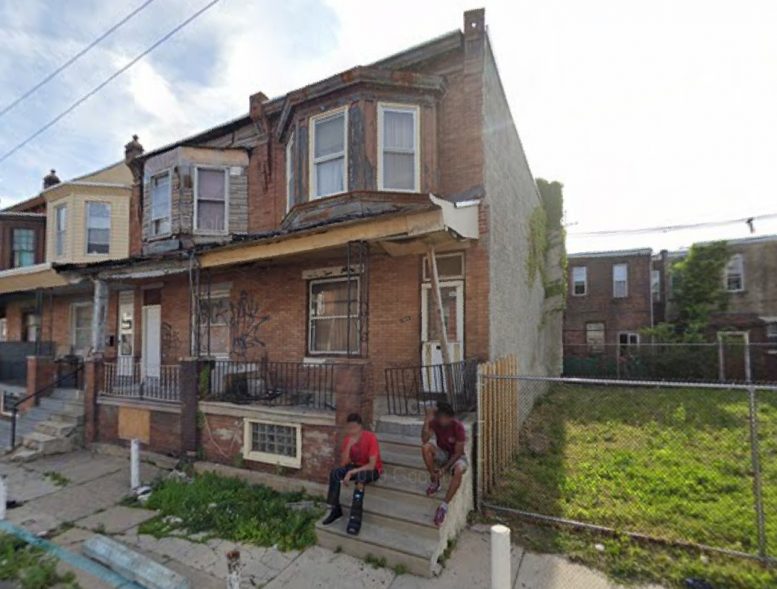 Permits have been filed for the demolition of a vacant two-story rowhouse at 3918 North Percy Street in Hunting Park, North Philadelphia. The former single-family dwelling is located on a block between West Pike Street and West Luzerne Street. The dilapidated prewar building will be torn down as part of the City of Philadelphia Demolition Program. The gross floor area of the building is 1,200 square feet and the cost of the future work will be $10,000. The property is owned by Clifton Spady and Pasty Spady. The contractor listed is Pedro Palmer Construction Inc.

The brick-clad building features a deep covered porch and a bay window on the second floor. Stucco will not be added to the north side of 3916 North Percy Street next door to the south. The work will also include an erosion control mat with seed on lot as well as replacement of the sidewalk in front of the property.

Be the first to comment on "Demolition Permits Filed for 3918 North Percy Street in Hunting Park, North Philadelphia"