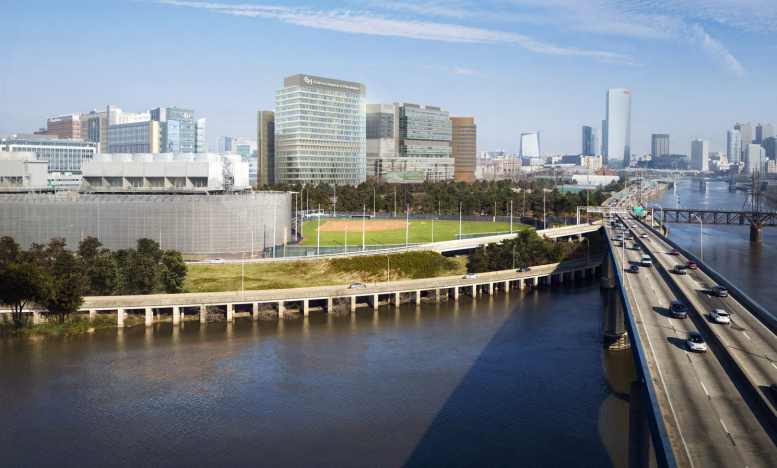 CHOP Hub for Clinical Collaboration rendering via Perkins + Will

The 11th-tallest building on Philly YIMBY’s Annual December Countdown is the 377-foot-tall, 19-story CHOP Hub for Clinical Collaboration at 3501 Civic Center Boulevard in University City, West Philadelphia. Designed by Perkins+Will, the building will add 550,000 square feet to the Children’s Hospital of Philadelphia campus, significantly expanding its medical space. Our recent site visit revealed that the concrete core currently stands 13 stories high, around two-thirds of its final height, with the steel frame in progress on the lower floors.

The tower is the latest addition to the rapidly growing medical district that takes up a large portion of southern University City. The building is rising adjacent to the 292-foot-tall CHOP Buerger Center for Advanced Pediatric Care at 3500 Civic Center Boulevard, which was completed in late 2015. The new building occupies a plot that sat a story below the main street level, next to a ramp for a parking garage in the middle of the site leading to the Buerger Center. 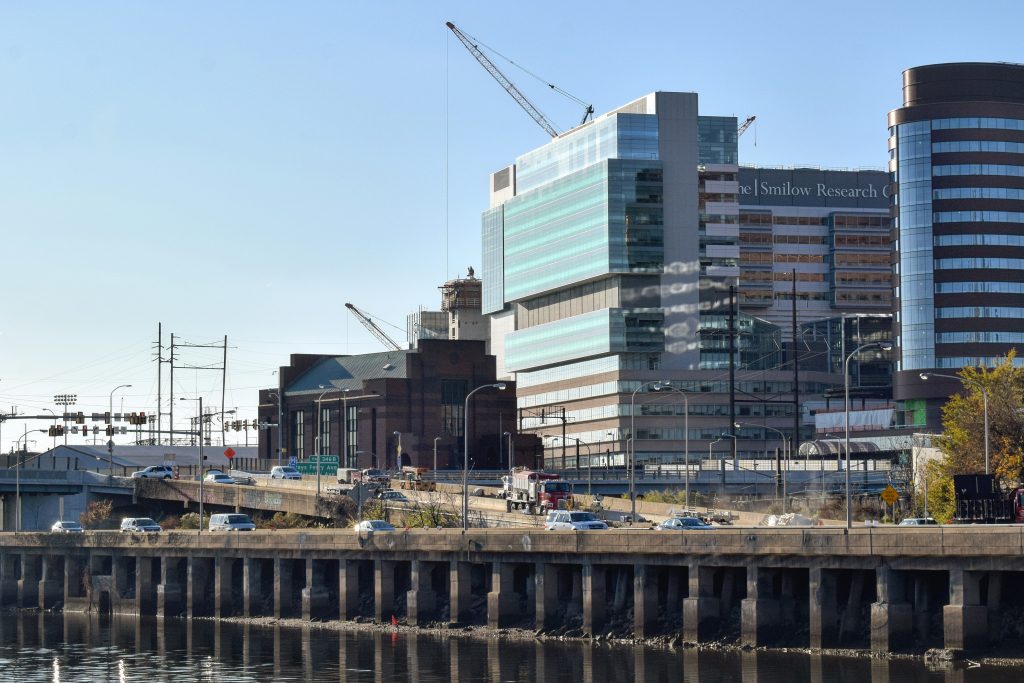 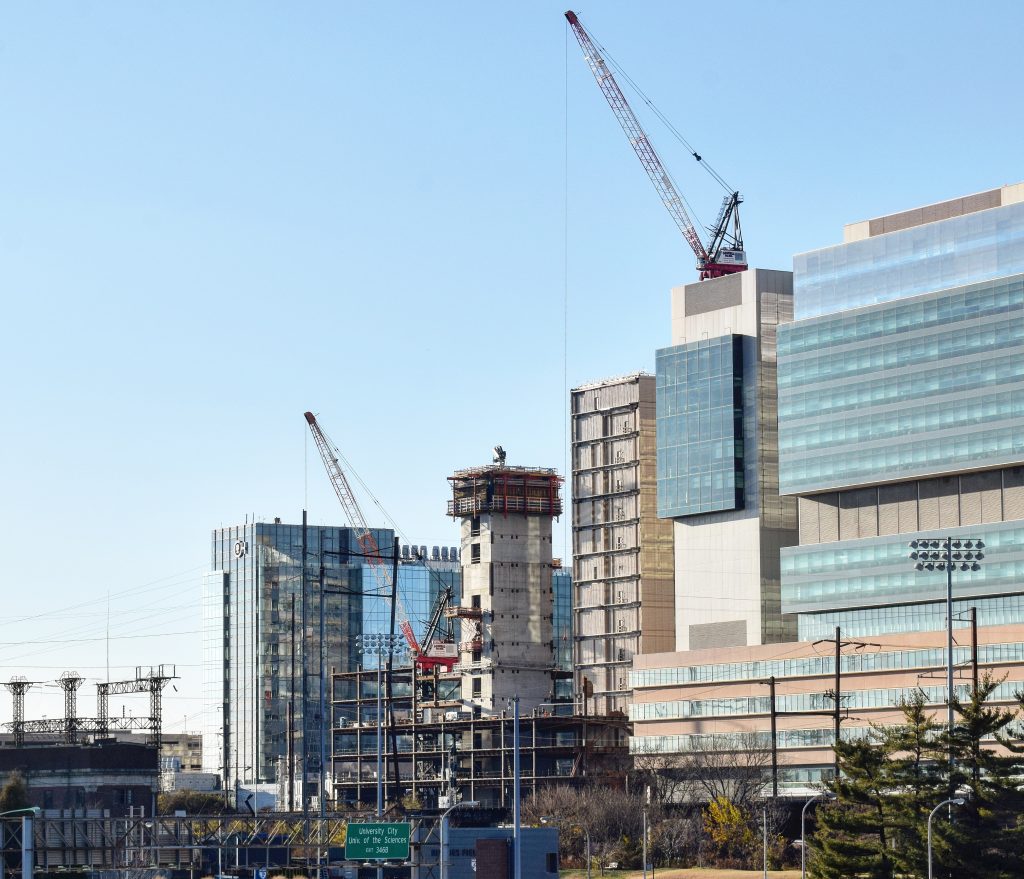 The CHOP Hub for Clinical Collaboration was unveiled in April 2019, around the time the 343-foot-tall Pavilion topped out a few blocks to the north. By October, the tower was under construction with caisson installation underway and the erection of three Cornell cranes with one of the cranes set on top of the Buerger Center.

In the last YIMBY update, the tower’s concrete core stood ten stories above the street level, with no signs of steelwork. Work on the core has most likely slowed down to allow the steelwork to catch up. The latter is currently up to the seventh floor, and the two cranes stationed right next to the tower seem to be jumping soon. In addition, minor demolition recently took place on a blank wall of the Buerger Center in order to connect the towers together. 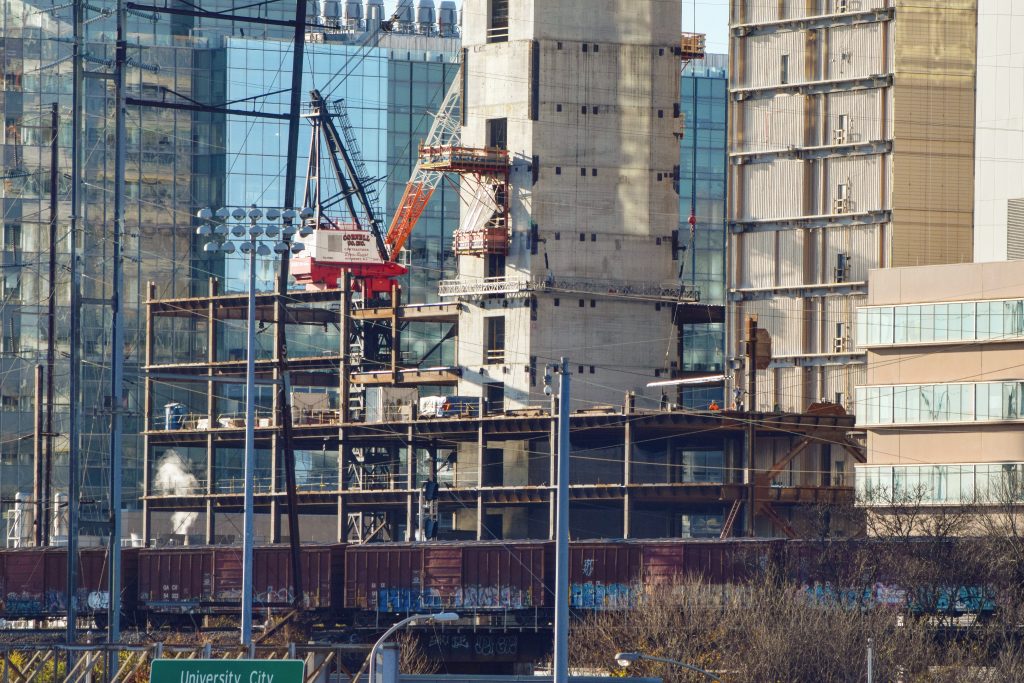 The building has an anticipated completion date of 2023.