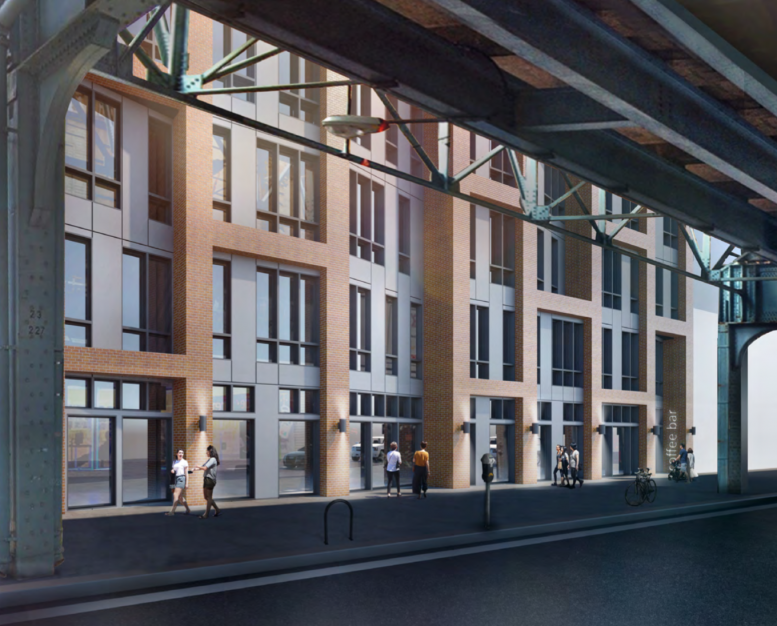 Permits have been issued for the construction of a five-story mixed-use structure at 2315 North Front Street in East Kensington. Designed by HDO Architecture, the building will yield 63 apartments and two ground-floor commercial spaces, as well as a roof deck, green roof, and 22 bike spaces. The construction cost is estimated at $6 million. 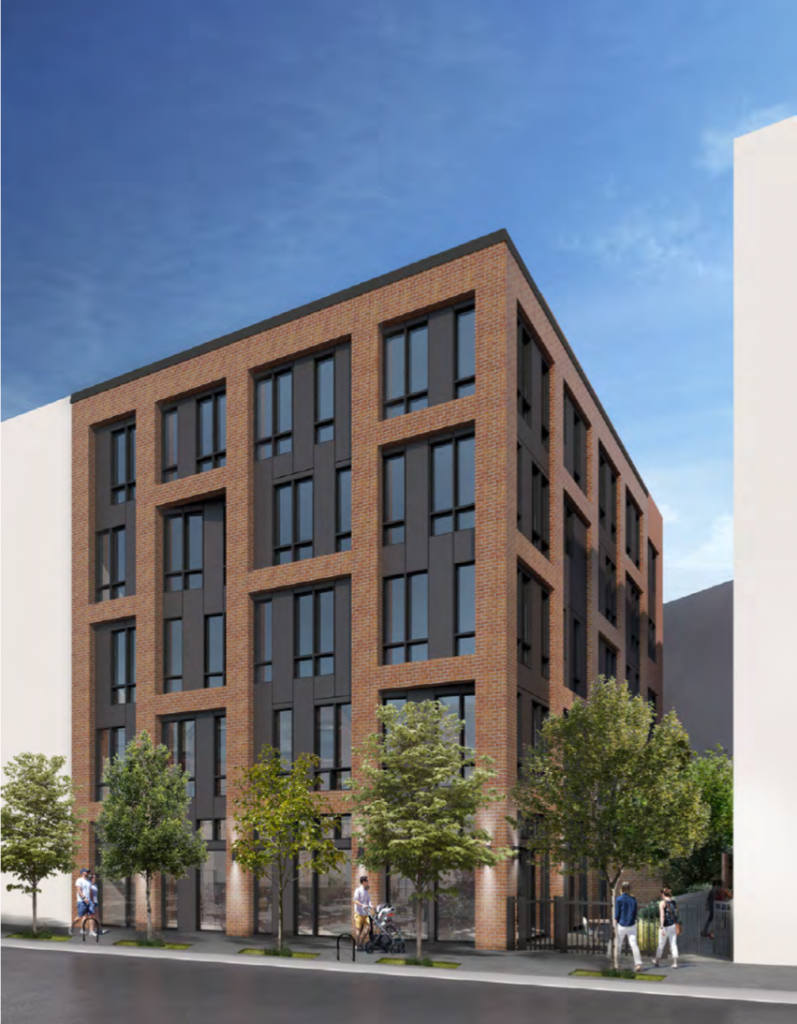 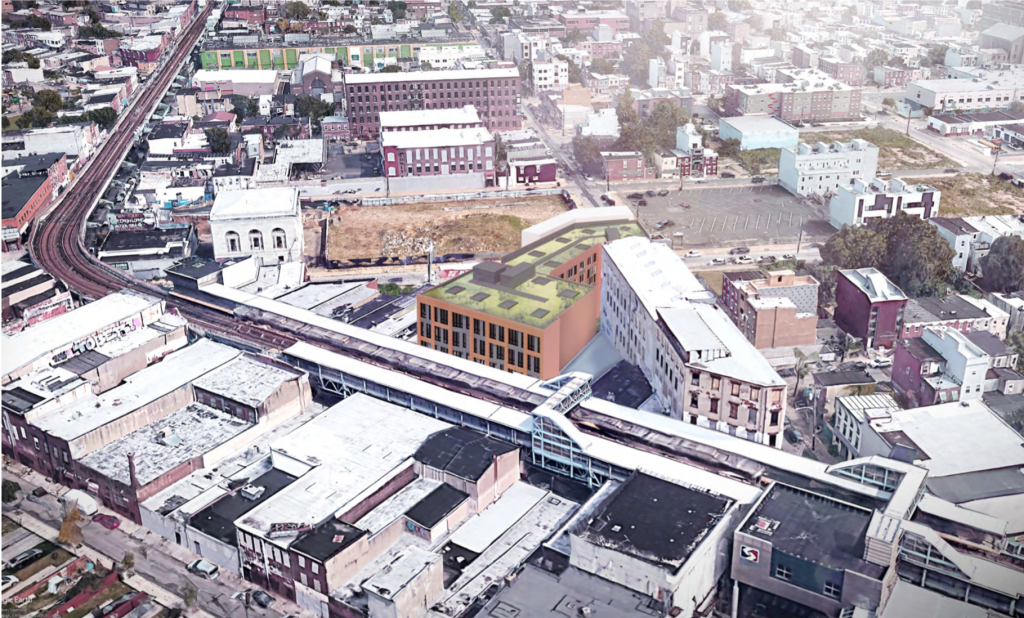 Aerial rendering of the project via HDO Architecture.

The building features a distinctive design that blends classic and modern touches. The exterior will be clad primarily in red brick, interspersed with an irregular grid of recessed cutouts with dark gray cladding and tall, narrow windows. Floor-to-ceiling windows will be situated on the ground floor.

The building’s large footprint means that it will have street frontage on both Front and Jasper Streets. The structure’s form effectively utilizes the oddly shaped site, as the development will wrap around a renovated industrial structure.

The new building will replace a vacant lot. A fence encases the property on the Front Street side. The property is located directly adjacent to the York-Dauphin station on the Market-Frankford SEPTA line, providing direct transit access for future residents. Norris Square park is also located nearby.

The building went to the Civic Design Review in December 2019, but has seen little activity since that time. Now that permits have been issued, construction may begin soon. 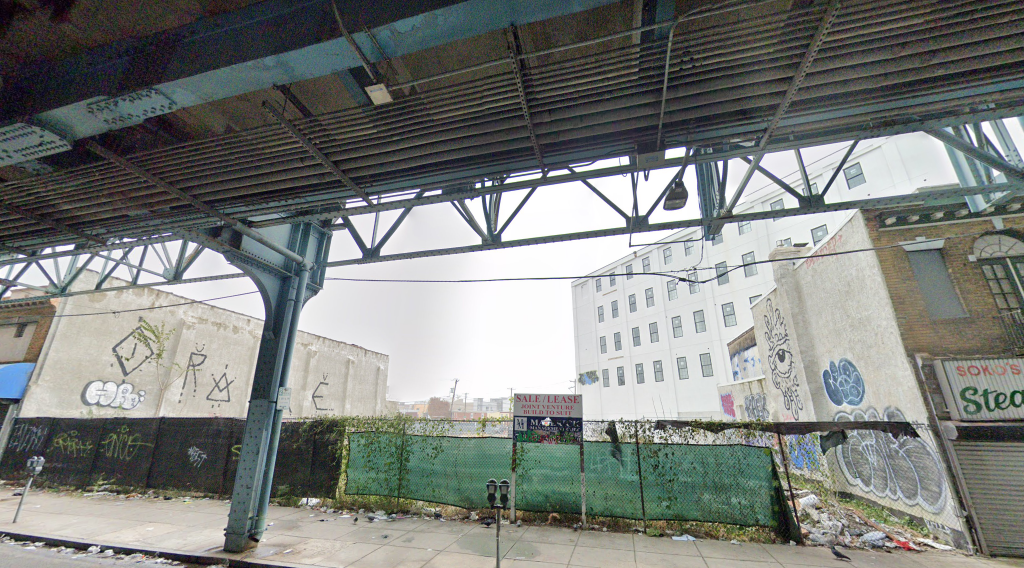 Site of the project via Google. 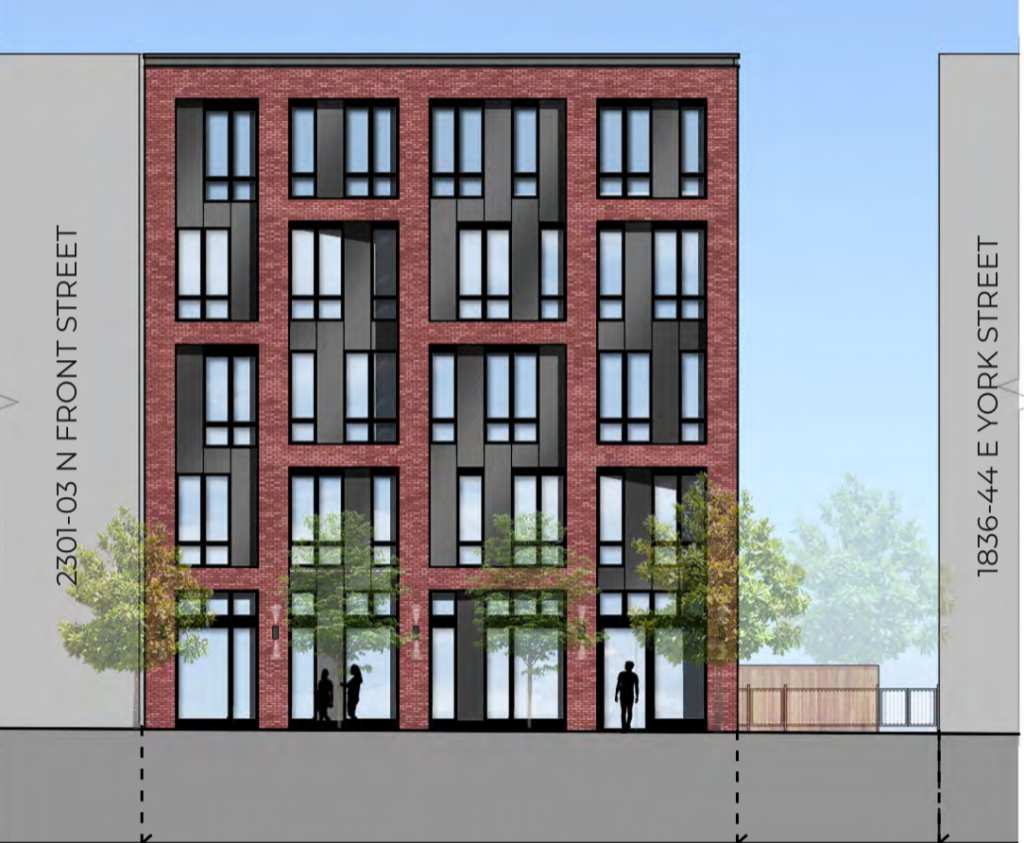 The mixed-use structure will benefit the area by adding density and commercial space. The heart of the commercial corridor is located further south, between the Berks and Girard stations of the Market-Frankford line. The development will create high-quality commercial space that will attract businesses and restaurants to East Kensington and increase the desirability of the neighborhood, poising it for further growth.

No completion date for the project has not been confirmed.