The tower was planned right as developer Willard G. Rouse had just finished constructing One Liberty Place just a few months prior, with foundation work in progress at the adjacent Two Liberty Place. 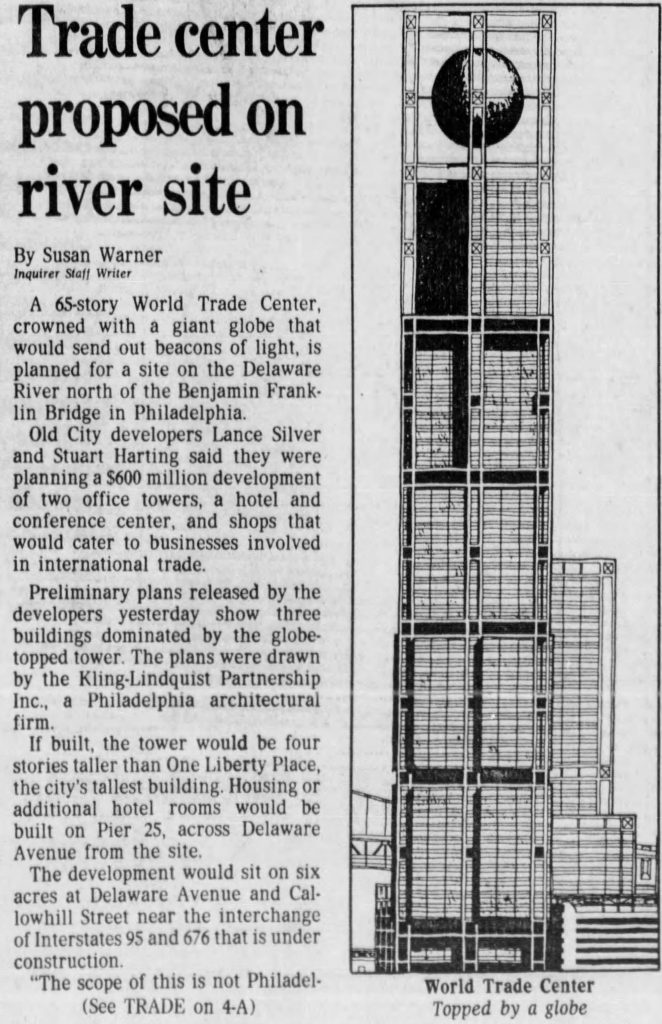 The tower would have a square footprint and feature a mixture of glass, stone, and metal. An open crown would have contained a globe that with communications equipment hidden beneath a beacon lighting display.

The skyscraper would have been visible from numerous vantage points, as it would have stood in a low-rise area. the tower would have come into dramatic view from Penn’s Landing and the Camden waterfront, as well as from the I-95, from Port Richmond, and more.