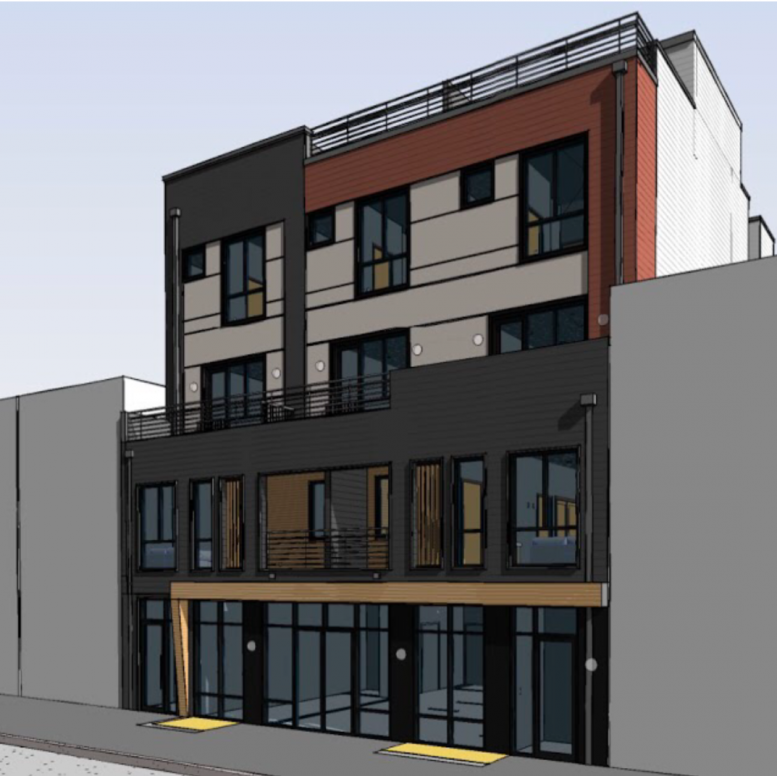 Rendering of the development via Tester Construction.

Construction is progressing rapidly on a mixed-use development at 2119 North Front Street in East Kensington. Designed by Kore Design Architecture and built by Tester Construction, the building rises four stories tall and will feature a commercial space at the ground floor, with 14 residential units above. The project will also include a roof deck.

The building will feature a modern façade that matches the style of many other recent developments in the area. The structure will rise two floors up to a slight set back, which shifts the upper two floors will rise slightly away from the elevated Market-Frankford Line, which runs overhead at Front Street directly in front of the building. The bottom two floors will feature dark gray cladding with a wood-colored accent above the commercial space. The upper floors will feature a larger variety of color, with a mixture of light gray, dark gray, and maroon cladding. 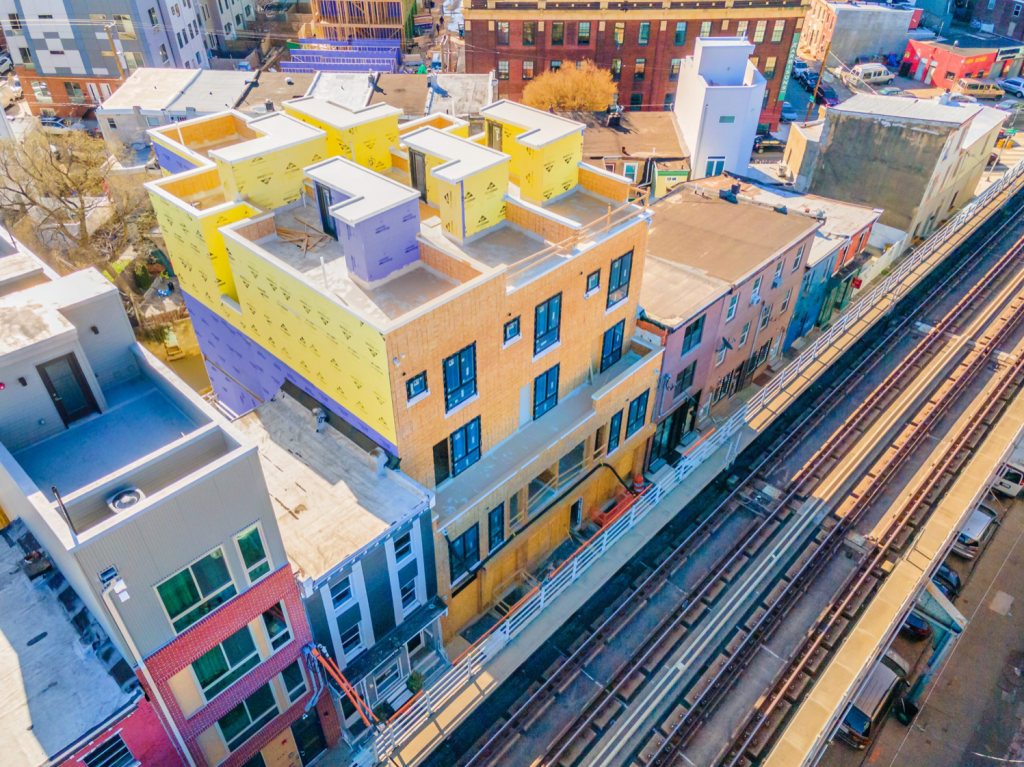 Aerial view of the site via Tester Construction.

The building has been topped out and fully framed for some time. While not as tall as other projects along the corridor, the building’s height will still help create a canyon effect along the El, which itself is a major catalyst for the massive amounts of residential units being constructed in the neighborhood. 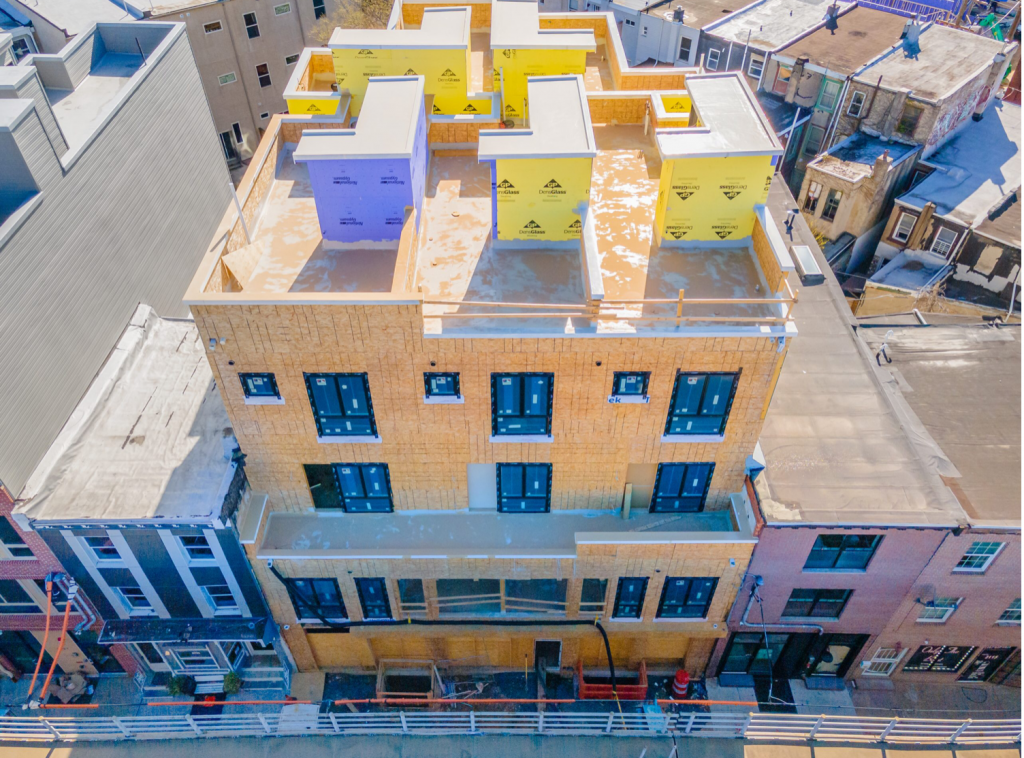 Aerial view of the site via Tester Construction.

Window installation began recently, and the building has been covered in home wrap to prepare for façade installation. According to a social media post by Tester Construction, the next steps for the development will be to finish cladding the structure and to proceed with drywall installation in the interior. 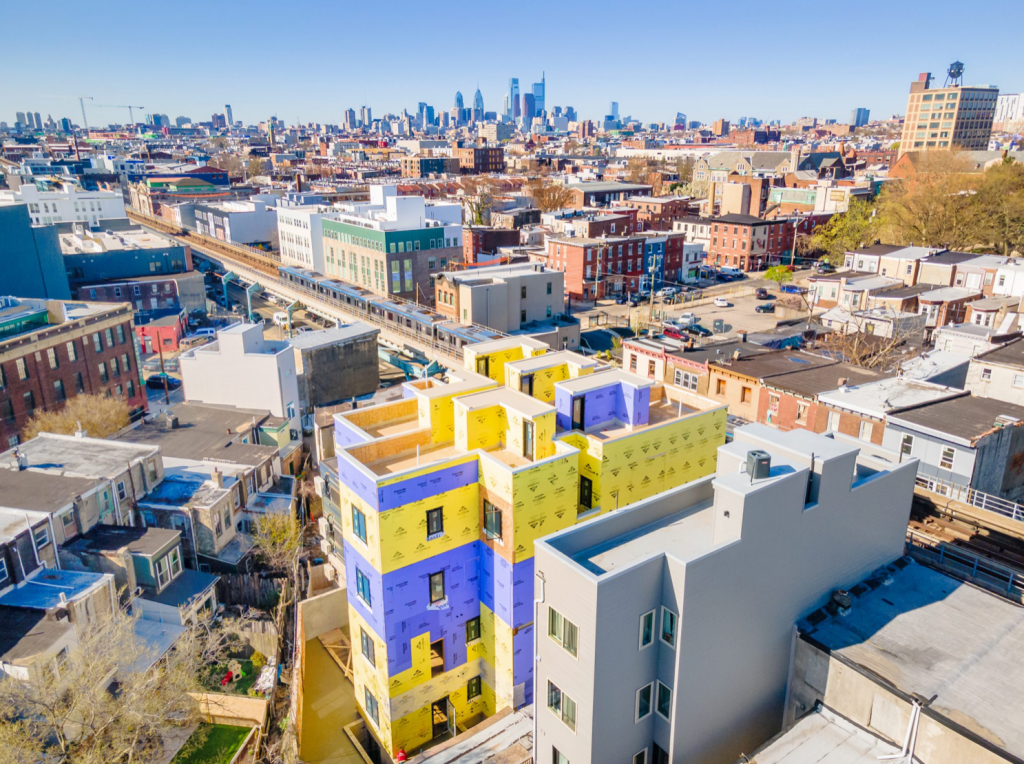 Rear view of the development via Tester Construction.

The coming density boost and commercial space will further improve the Front Street commercial corridor, which is developing rapidly and rivals nearby Frankford Avenue as the area’s main commercial strip.